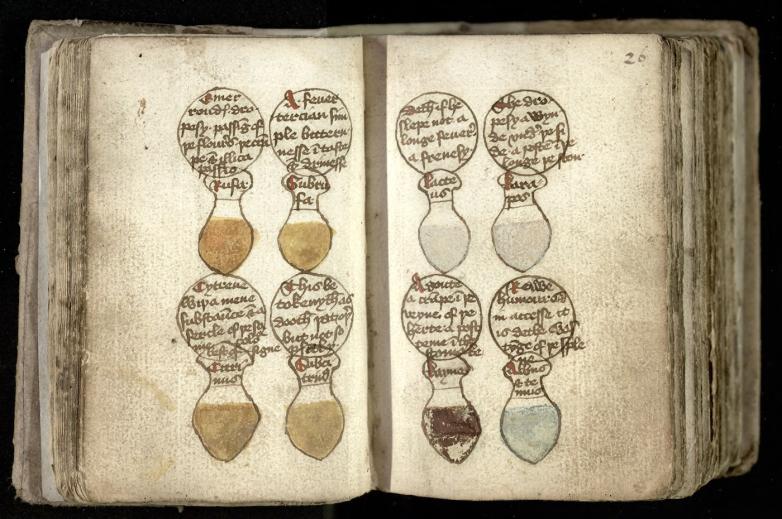 Projects around Britain are making available to the public rare manuscripts covering everything from medieval medicine to the earliest example of Scots Gaelic as well as Jewish diaspora material.

Curious Cures in Cambridge Libraries has just been launched by Cambridge University Library which will spend the next two years digitizing and translating nearly 200 medieval manuscripts held in its own collection and by the university’s colleges and the city’s Fitzwilliam Museum. These feature around 8,000 medieval recipes and ‘cures’ such as a treatment for cataracts which requires a hare’s gall bladder to be applied to the eye over three nights with a feather. Many manuscripts are in very old bindings which will also undergo conservation work.

Meanwhile in Oxford, Magdalene College has received a bequest from its former longstanding Pepys Librarian Dr. Richard Luckett of a collection of seventeenth- and eighteenth-century music and theatre manuscripts and books. These include printed scores of Henry Purcell’s compositions, libretti to semi-operas of the Restoration period, and books on music theory including a rare copy of William Holder’s A treatise of the natural grounds, and principles of harmony (1694), once owned by John Aubrey. The library welcomes enquiries about the manuscripts and books in the bequest.

Further north, The John Rylands Research Institute and Library in Manchester has produced an online exhibition to mark the completion of its 30-year work in cataloguing its collection of manuscripts in Hebrew script, including the illuminated Sephardi Rylands Haggadah from fourteenth-century Catalonia and many other items that look at Jewish life in the diaspora such as medical texts, marriage contracts, and Bible commentaries. The high-resolution images in The Many Faces of the Rylands’ Jewish Manuscripts also enable readers to appreciate the Jewish scribal form of art called micrography which uses extremely small Hebrew script to produce images.

In Scotland, there is still a month left to visit The Book of Deer exhibition in Aberdeen Art Gallery. The eponymous tenth-century illuminated pocket gospel book is back in the country’s Northeast, where it is thought to have been produced in the monastery of Deer, for the first time in a millennium. It is probably Scotland’s oldest surviving manuscript and is on loan from Cambridge University Library — a series of events and an archaeological dig have been running for the last six months to celebrate. The exhibition closes on October 2.

Finally, the National Library of Scotland has now finished putting around 250 rare medieval and early modern manuscripts online, including the fifteenth-century Borthwick Girdle Book, a wearable astronomical and medical almanac.