A Typewriter Revolution in Scotland 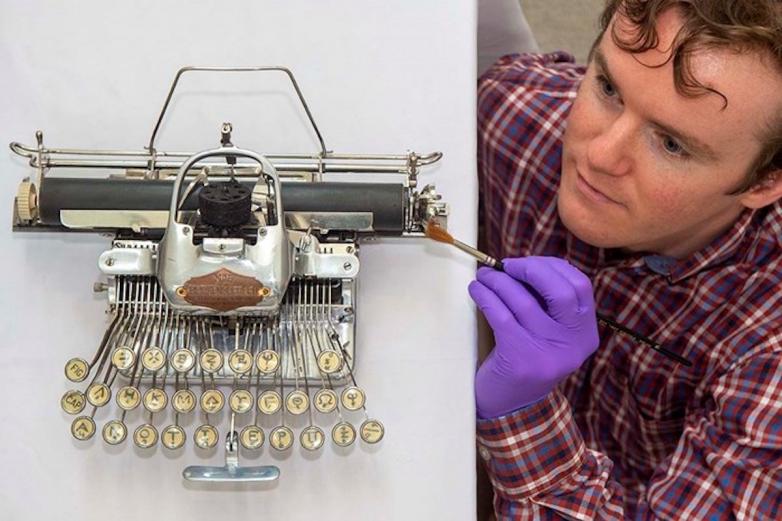 A new exhibition at the National Museum of Scotland celebrates the history of what early adopter Mark Twain called the “new-fangled writing machine.”

The Typewriter Revolution looks at the impact on society in general and the arts in particular of the likes of the Remington (particularly admired by Henry James for its loud clacking) and the celebrated Olivetti Valentine designed by Ettore Sottsass and Perry King.

The display features models from its own major collection of typewriters from early prototypes to those still popular in the 21st century, including the first with a QWERTY keyboard (an 1876 Sholes & Glidden) and the 1950s electric machine used by Whisky Galore author Sir Compton Mackenzie.

“The typewriter is a true icon,” said Alison Taubman, principal curator of communications at National Museums Scotland. “It revolutionized the workplace, transformed communications and inspired artists and writers. From the clatter of its keys to its unique aesthetic, the enduring romance surrounding the typewriter has earned it many devoted fans. This charming exhibition takes visitors on a journey from its inception as a curious piece of cutting-edge technology through its role as a crucial mainstay of the workplace right up to the present day, where it enjoys cult appeal.”

The Typewriter Revolution runs until April 17, 2022. Entrance is free with pre-booked museum entry.