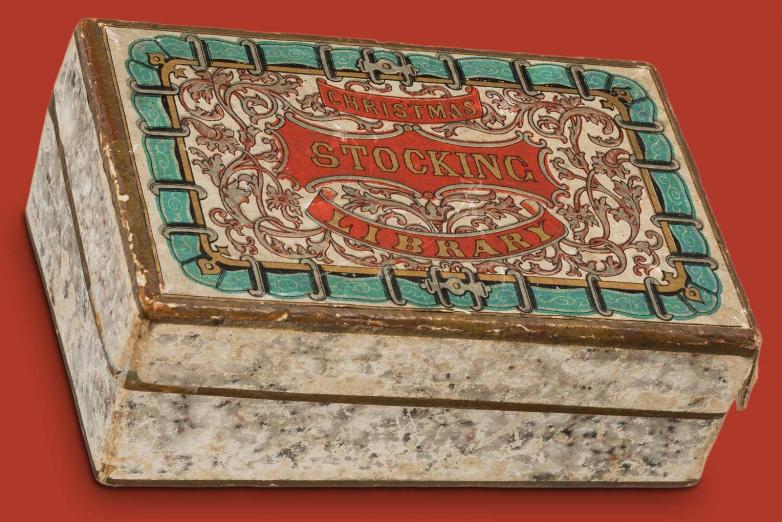 At yesterday’s auction of longtime antiquarian bookseller Justin Schiller’s collection of children’s literature, the “Christmas Stocking Library” was one of the more festive offerings. Housed in its original box, this charming set of books was published in Boston in 1864-1865 by Louis Prang. Included within the decorative paper box are six pocket-sized volumes: A Visit from St. Nicholas, The Story of Hans the Swapper, Dame Duck's Lecture, Who Stole the Bird's Nest, In the Forest, and A Farm Yard Story. Each individual book unfolds accordion-style to feature twelve chromolithographic illustrations. 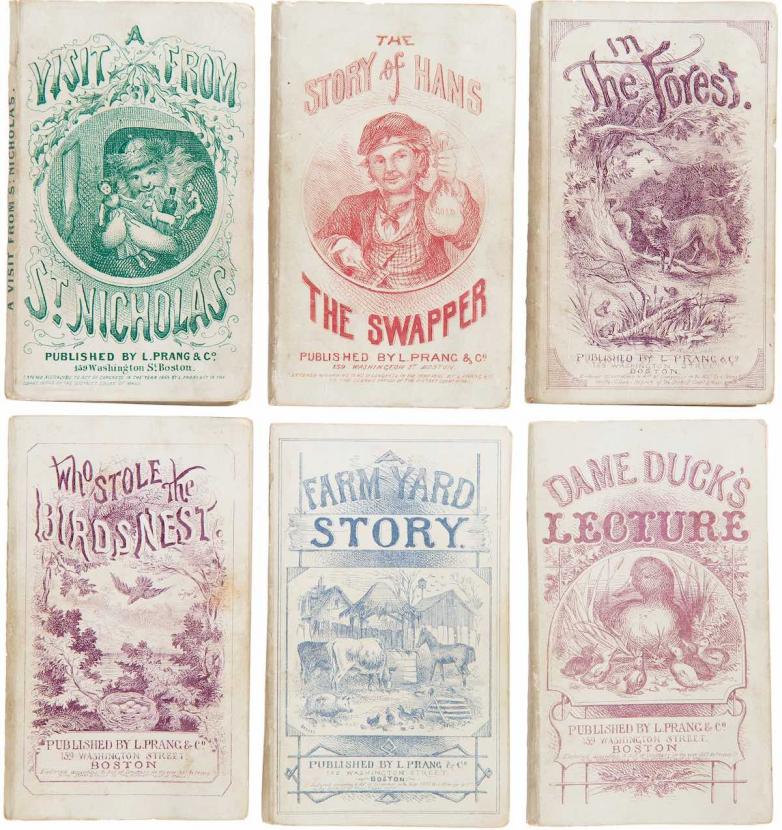 “Our idea of Christmas is a nineteenth-century creation …This Christmas gift box is one of the earliest efforts by a publisher to exploit this new market,” according to the Heritage Auctions catalogue. Prang, a Prussian immigrant and master lithographer, went on to create the first American Christmas card a decade later.

As both a seasonal item and one meant for younger readers, the “Christmas Stocking Library” was by its very nature ephemeral—and now, rare. Only three other boxed sets are known to exist, those at the American Antiquarian Society, the Huntington Library, and Smith College. It sold for $5,750.