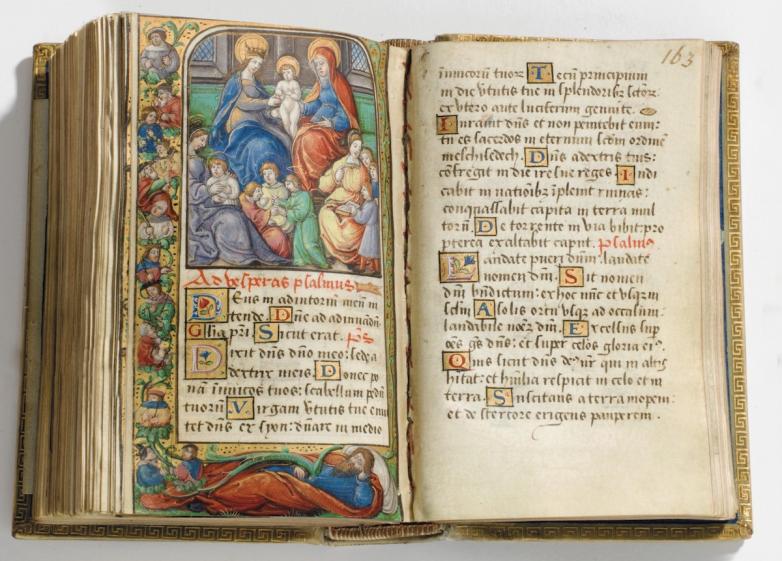 Yesterday, at Christie’s in London, a sixteenth-century prayer book that once belonged to the doomed Mary Queen of Scots sold for £311,250 ($400,000). The lavishly illuminated manuscript had been given to Mary by her great-aunt Louise de Bourbon, abbess and head of the Royal Abbey of Fontevraud from 1534 to 1575. An affectionate inscription in Mary’s hand, as well as her motto and monogram, adorn one of the book's endleaves.

The buyer, so far, is anonymous. As noted by Christie’s, the prayer book is one of about fourteen with ties to the devout Catholic queen known. Almost all of them are held in museums or libraries, but none “boasts so personal an expression” as the one offered yesterday. (That may well be true, but the Mary Queen of Scots prayer book owned by the Huntington Library in California — another sumptuous illuminated manuscript, older and bound in silk velvet — is said to be the very one she carried to her beheading in 1587.)

The queen’s book was, however, overshadowed by the sale of an illuminated almanac Book of Hours attributed to the Master of the Monypenny Breviary and made in Bourges c. 1490s, which, during the same auction, realized for £1,631,250 ($2.1 million). In a press release issued this morning, Clementine Sinclair, head of the Classic Art Evening sale, commented on the Book of Hours and a Renaissance portrait of a man holding a prayer book by a Burgundian Master, which also made £1,631,250. Both, she said, “far exceeded their pre-sale estimates, with each making four times its low estimate, underlining the demand for rare objects with remarkable provenance.”

With participation from twenty-two countries across five continents, the sale totaled $27 million.