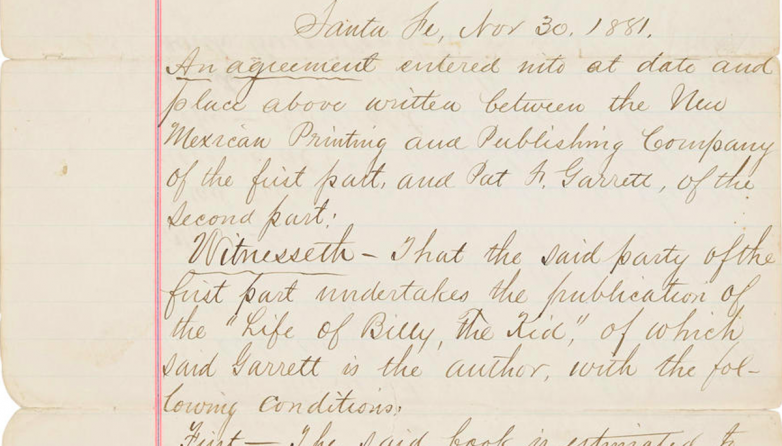 As the widely-held story goes, Sheriff Pat Garrett shot Billy the Kid on July 14, 1881, finally ending the gunslingin' outlaw’s reign of terror. Four months later, Garrett nabbed a book contract to tell his side of the story—the one that would stick for more than a hundred years, even if the ensuing work, An Authentic Life of Billy the Kid (1882), was not so much authentic as it was Garrett’s reshaping of the narrative to cast himself in a positive light.

The book didn’t sell well, and the first edition is “one of the rarest titles in the Old West canon,” according to Bonhams auction house. (Coincidentally, in our spring issue, FB&C columnist Ian McKay wrote about a first edition of Authentic Life in its original blue pictorial wrappers that recently sold for $10,710.) 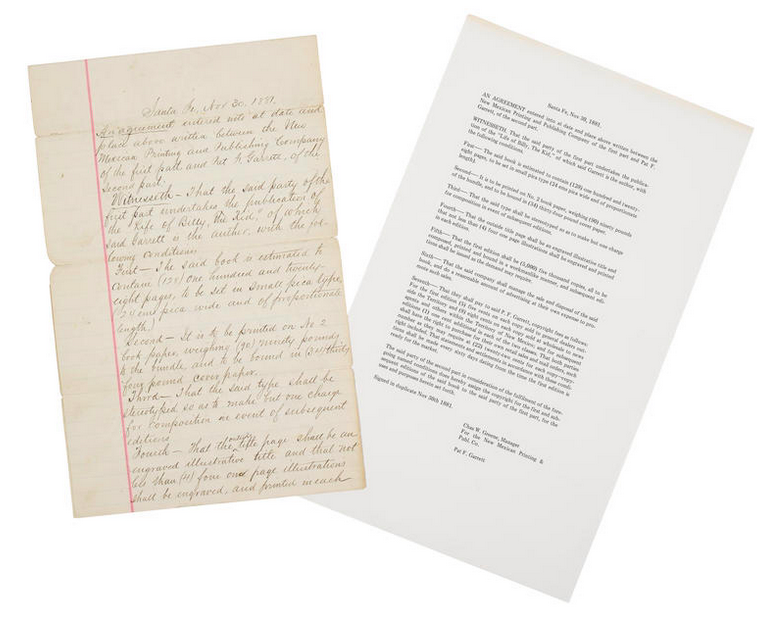 Even more rare than the first edition? That original book contract between Garrett and the New Mexican Printing and Publishing Company, handwritten on lined legal folio and signed by Garrett, which is headed to auction in Los Angeles later this week, estimated at $8,000-12,000.

Since 1978, the document has been owned by Texas collectors Jim and Theresa Earle, whose expansive collection on “The Early West” is breathtaking in its scope: books, manuscripts, art, artifacts, and antique weapons, including the revolver believed to have been used to kill Billy the Kid, which is estimated to fetch $2-3 million. Me, I’d rather have the book contract.