Remarkably Collectible: Dickens on the 150th Anniversary of His Death 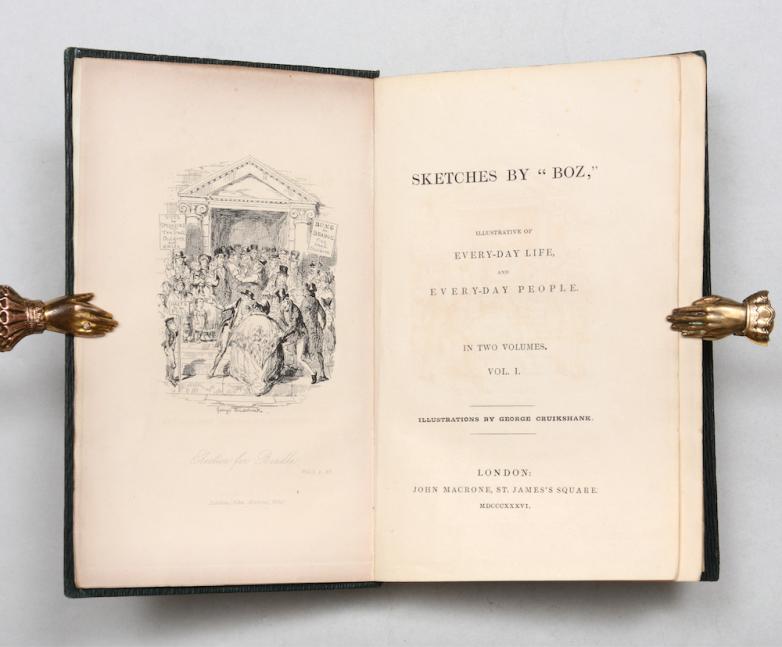 Sketches by "Boz," illustrative of every-day life, and every-day people
[together with:] The Second Series by Charles Dickens.

Today marks the 150th anniversary of the death of Charles Dickens in 1870 (as well as his brush with death five years previously in a train crash). Sadly, lockdown has meant the cancelation of many commemorative events, though the Dickens Museum has just released the first of a new collection of colorized photographs ahead of a planned major new exhibition focusing on his image.

Hugely popular in his day, Dickens' work remains remarkably collectible in the twenty-first century as does general Dickensiana – a collar for one of his dogs sold at auction for $11,590 in 2010 and the mahogany writing table at which he was working on The Mystery of Edwin Drood at his death is currently being auctioned online by Christie’s, estimated at $12,000-18,000.

“By the time of his death in 1870, there was already an established market for Dickens’ books,” said Adam Douglas, senior specialist in rare books at Peter Harrington in London. “In fact, his eldest son Charley was able to finance the purchase of Dickens’ house, which had not been bequeathed to him, by selling the contents of his father’s library, an indication that there was already a significant market among collectors of his works."

Then, in 1912, Douglas explained, "the Dickens centenary generated renewed interest, and many collectors’ copies from that era feature the commemorative centenary stamp. Dickens’ popularity among modern collectors shows no signs of diminishing. Perhaps part of the reason is that there is something of value and interest to be found in every part of his oeuvre.”

For those thinking about starting to collect Dickens, Douglas suggests beginning with the first editions of Dickens’ major novels in demy octavo format in good contemporary bindings, while another affordable point of entry are American editions of Dickens’ works. “Dickens was also a prodigious writer of private correspondence, and his letters on a wide variety of subjects regularly come up for sale," he said. 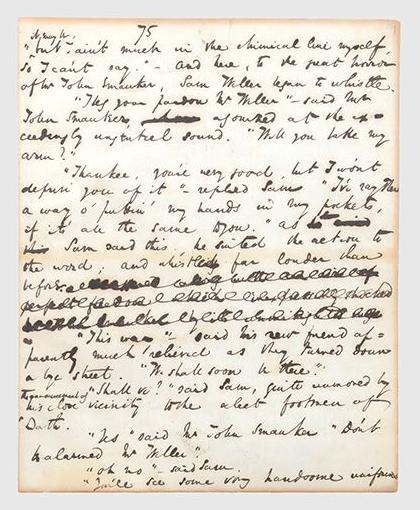 A page from the manuscript of the Pickwick Papers. Only about fifty of the original 1,500 pages have survived, and this is one of only five left in private hands. It is for sale with Peter Harrington at £97,500.

"For any serious Dickens collector, however, the place to start are his full-length major novels from Pickwick Papers onwards which were first serialized in monthly parts. These parts issues have traditionally commanded the highest prices. Some of his major novels diverged from the usual format. A copy of a first impression of Great Expectations in its fine original cloth binding is considered by many collectors of Dickens to be top prize.”

Other areas of interest to collectors include publisher’s deluxe bindings sold on publication date in book form at a higher price than the cloth bindings, inscribed copies, and presentation copies.

“Dickens also focused considerable energy in his later years on dramatic readings of his novels,” Douglas said. “He had some of these edited versions privately printed in limited numbers. Understandably rare, those that have come to market in recent years, such as David Copperfield, A Reading, In Five Chapters (1866), have sold for significant sums.”