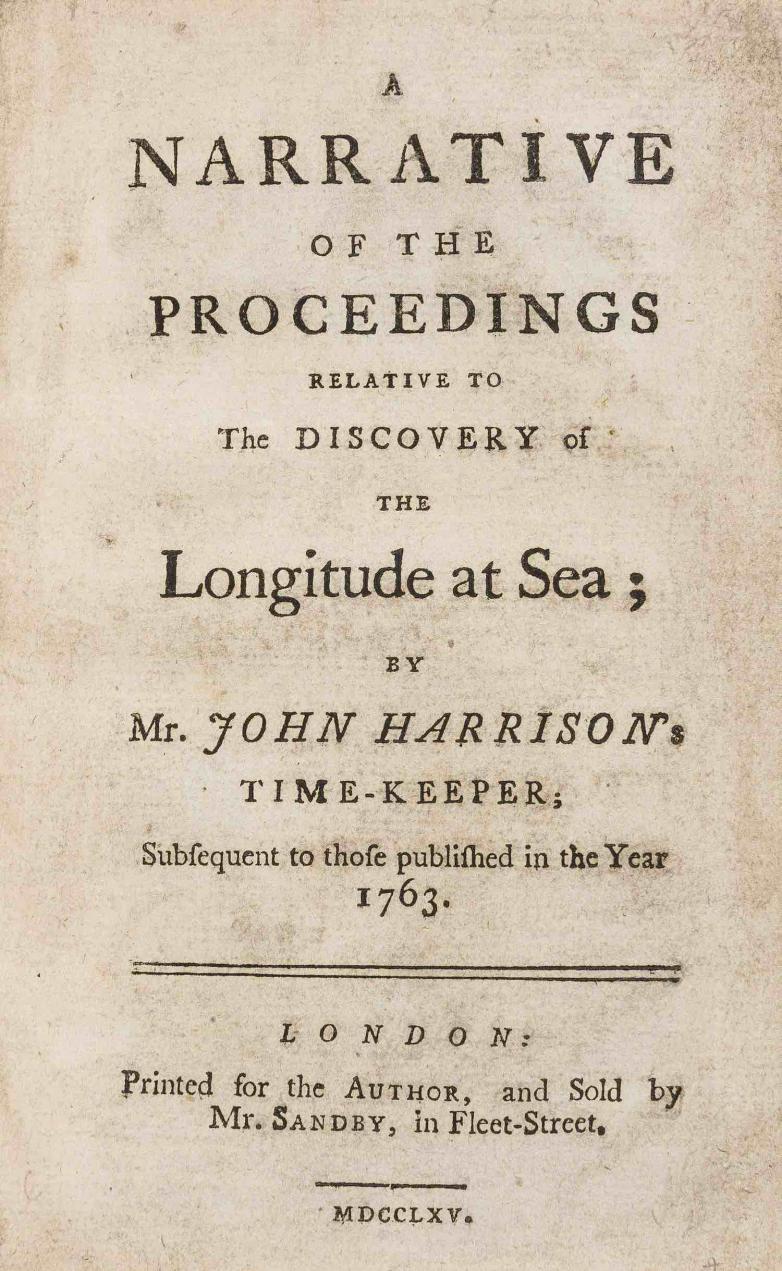 John Harrison's A Narrative of the Proceedings relative to the Discovery of the Longitude at Sea (1765), offered at Forum Auctions this week.

A few sales are still scheduled for this week, but please do check for updates as needed.

Forum Auctions will sell books from The Birmingham Assay Office Library on Thursday, March 26. Among the 457 lots on offer are two albums of original sketches for coins, medals, &c. compiled mostly between 1830 and 1850 (£30,000–40,000) and John Harrison's An Account of the Proceedings, in Order to the Discovery of the Longitude (1763), also estimated at £30,000–40,000. A first edition of Harrison's 1765 work A Narrative of the Proceedings relative to the Discovery of the Longitude at Sea, pictured above, is estimated at £20,000–30,000. Also in the same estimate range are a copy of the 1892 English reprint of Antiquities of the Russian Empire and a copy of the Kelmscott Chaucer in original boards. (More on that sale here.)

On Friday, March 27, Fine Books, Manuscripts and Works on Paper at Forum Auctions, in 296 lots. The 1570 London edition of Sir Henry Billingsley's translation of Euclid rates the top estimate, at £30,000–40,000. Sir Robert Peel's copy of the 1503 Aldine edition of Euripides could sell for £20,000–30,000. Some interesting Ian Fleming titles are among the other lots on the block.