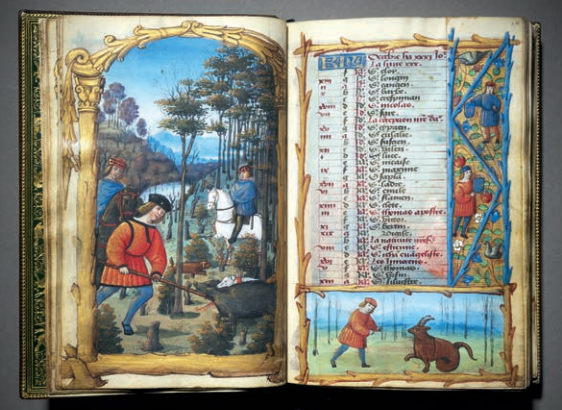 Auctions currently scheduled for this week include the following (but be sure to check websites for updated information):

At Morton Subastas on Tuesday, March 17, the Backal Collection and Library, in 250 lots. The top lot, a copy of Antonio Peñafiel's Monumentos del Arte Mexicano Antiquo (1888), has a starting bid of MX$750,000. A volume of early Puebla newspapers has been given a starting bid of MX$230,000.

Binoche et Giquello sells Livres Anciens et Modernes on Friday, March 20, in 349 lots. The Heures de G et H, an early sixteenth-century book of hours produced at Bourges, is expected to top the sale, estimated at €600,000–800,000. An earlier book of hours, the Heures de Pierre Soppite et Marie Deschevert, produced at Paris in the early years of the fifteenth century, could sell for €250,000–350,000.

Forum Auctions will hold an online sale of The Partridge Fine Arts Research Library on Friday. The 111 lots, being sold mostly without reserve, include Tipping & Hussey's English Homes (1921–1937), estimated at £2,000–3,000; the eleven volumes of The James A. de Rothschild Collection at Waddesdon Manor (1967–1982), estimated at £1,500–2,000. Many important and interesting sale catalogues and other works to be had here.

Take care of yourselves.