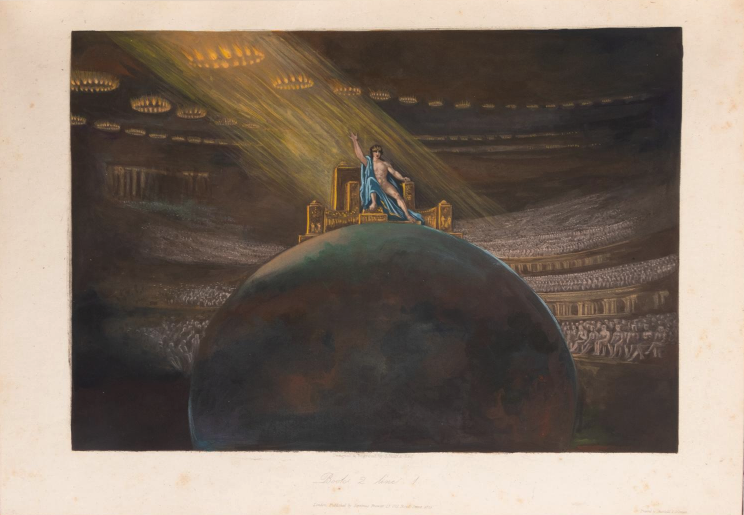 Hand-colored mezzotint by John Martin for an edition of Paradise Lost, offered at PBA Galleries this week.

Here are four sales I'll be watching this week:

At Christie's Paris on Tuesday, 4 February, Paul Destribats: Bibliothèque des avant-gardes, Partie II. The 276 lots include a maquette for of Iliazd's La Maigre (published in 1952), estimated at €80,000–120,000. A lovely copy of Tzara and Picasso's La Rose et le Chien (1958), with an original signed drawing by Picasso and extra suites of the illustration could sell for €60,000–80,000. Several other works by Iliazd are expected to sell very well.

Also on Tuesday, Doyle will hold another online sale of Sporting & Travel Books from the Library of Arnold "Jake" Johnson. The 350 lots are expected to be in the three-figure range, for the most part. Highlights could include the first volume of the Transactions of the Literary and Philosophical Society of New-York (1815), estimated at $600–800, and two volumes of Wenham Lake Shooting Records, from the library of Edward Sands Lichfield (also estimated at $600–800).