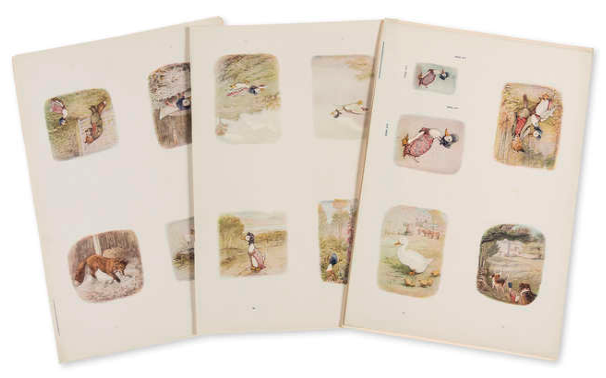 The 2020 book auctions get underway this week with two sales on Thursday, January 9:

Forum Auctions will hold an online sale of Books and Works on Paper, in 206 lots. Three lots are each estimated at £1,000–1,500: the first is an unbroken run of Punch's Pocket Book for 1843 through 1881, from the library of Bradbury & Evans publisher William Bradbury. Some volumes contain manuscript annotations by the Bradburys. The second lot is Anthony Powell's Caledonia (1934), inscribed to Dorothy Varda and with manuscript corrections by Powell; finally, a set of Evelyn Waugh's Sword of Honour trilogy, in designer bindings by Kate Holland, rates the same estimate.

Estimated at £500–700 are Charles Jacques Poncet's A Voyage to Æthiopia (1709) and Michael Geddes' The Church-History of Ethiopia (1696). A partial set (four of fourteen volumes) of later editions of Hough's American Woods is estimated at £400–600. Other lots of interest in this sale might include an 18th-century English manuscript paraphrasing a bit of Horace; and uncut proof sheets of Beatrix Potter's illustrations for Jemima Puddle Duck and The Tale of Tom Kitten (all estimated at £300–400).