A busy week coming up in the auction rooms: here's what I'm keeping an eye on:

An online sale of English Literature, History, Children's Books and Illustrations at Sotheby's ends on Tuesday, July 9. The expected top seller from the 292 lots is the January 24, 1962 original contract between the Beatles and their manager, Brian Epstein. It is estimated at £200,000–300,000. A rare copy of the proclamation of the Irish Republic's independence, printed on April 23, 1916, could sell for £50,000–70,000.

Also on Tuesday, Christie's London sells The Golden Age of Russian Literature: A Private European Collection and Important Scientific Books from the Collection of Peter and Margarethe Braune. In the former, comprising 121 lots, top sellers are expected to be a first edition of Puskin's Eugene Onegin is estimated at £120,000–160,000, while Gogol's Vechera na khutore bliz dikan'ki ("Evenings on a Farm near Dikanka") could sell for £70,000–100,000. 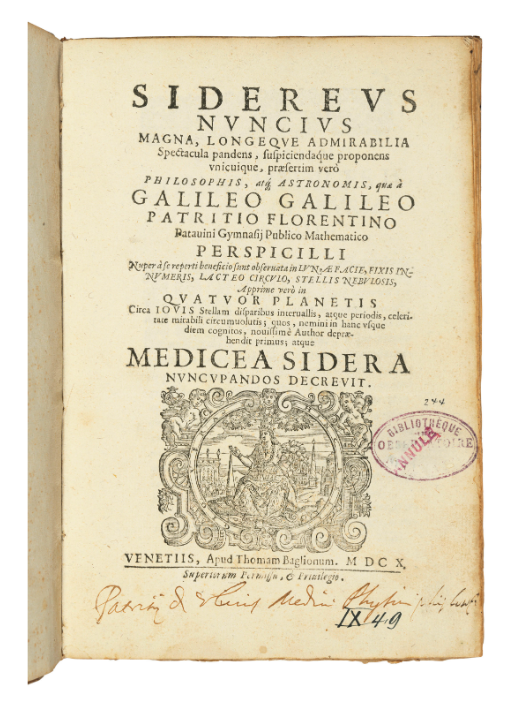 Christie's London will also sell The History of Western Script: Important Antiquities and Manuscripts from the Schøyen Collection and Valuable Printed Books and Manuscripts on Wednesday, July 10. The 61 lots from Dr. Martin Schøyen's vast collection of the history of writing include everything from cuneiform tablets to eighteenth-century manuscripts. The top-estimated lot is described by the auction house as the oldest western manuscript in private hands: fragments of a leaf from a fifth-century northern Italian Bible manuscript (£120,000–180,000). Schøyen's collection of more than 400 medieval seal matrices is estimated at £100,000–150,000, while a paleographical album created by eighteenth-century cathedral archivist Pierre-Camille Le Moine could sell for £70,000–100,000.

Also on Wednesday, Forum Auctions will sell Selected 16th and 17th Century English Books from the Fox Pointe Manor Library, in 227 lots. Hakluyt's 1609 translation Virginia Richly Valued is estimated at £30,000–40,000, while a copy of the 1579 first edition of Christopher Saxton's atlas of England and Wales could sell for £50,000–70,000. In the afternoon, Forum sells 233 lots of Fine Books, Manuscripts and Works on Paper. A papyrus fragment from the Book of the Dead, dating to the New Kingdom period (c.1550–1327 BCE), is estimated at £10,000–15,000. An imperfect copy of the Shakespeare Second Folio could fetch £15,000–20,000, an estimate shared by twenty-two thirteenth-century manuscript leaves of Aristotle's works and a copy of the Imperial Folio edition of Paradise Lost (1824–27).

Rounding out Wednesday's auctions, Profiles in History holds a sale of Historical & Pop Culture Autographs and the Ken Roberts Alcoholics Anonymous Collection. The latter includes a set of all sixteen printings of the first edition and an original AA stock certificate. The collection is being sold en bloc, estimated at $300,000–500,000. Among the manuscripts are one page from the original manuscript of The Hound of the Baskervilles, estimated at $120,000–150,000.