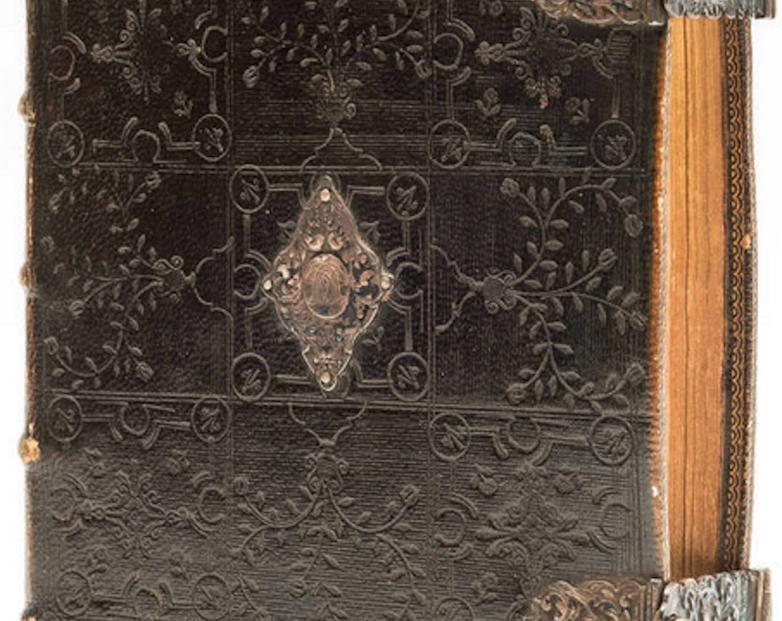 Sombre binding with silverwork offered at Forum Auctions this week.

Fine Books & Ephemera at New England Book Auctions ends on Tuesday, January 11. The 192 lots include a number of lots of Limited Editions Club titles, a late-seventeenth-century sammelband of theological works, and a very wide range of other material. 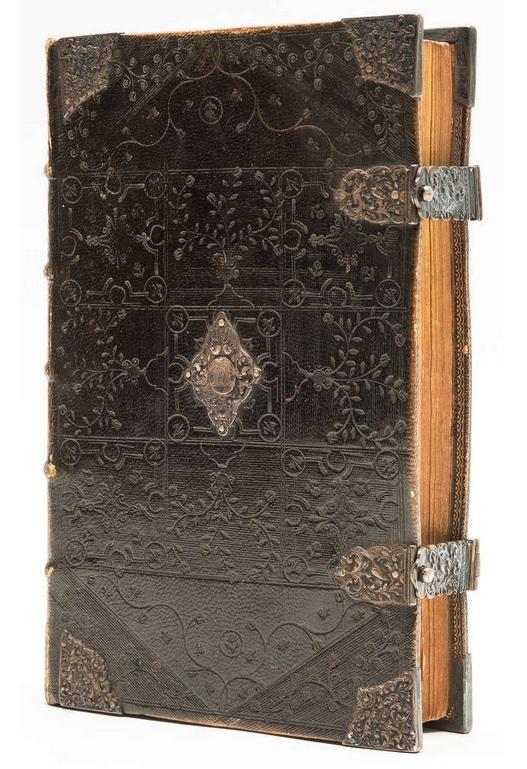 Forum Auctions sells 299 lots of Books and Works on Paper on Thursday, January 13. A collection of the Annual Register in about 215 volumes from 1758 through 1953, including an early printing of the Declaration of Independence, is estimated at £800–1,200. A complete set of Scott's Waverley Novels in 74 volumes, mostly first editions, could sell for £600–800. The same estimate is assigned to a second edition of Alice Hepplewhite's The Cabinet-Maker and Upholsterer's Guide (1789) and to the first Czech edition of Marx's Kapital (1913). A sample album containing more than 300 twentieth-century floral fabrics could sell for £500–700. A very attractive sombre binding with silverwork is estimated at £400–600. A mixed group of 33 alphabet teaching cards from around 1800 is estimated at £150–200.

And at PBA Galleries on Thursday, Fine Literature – With the Beats, Bukowski & Counterculture, in 459 lots. Expected to lead the way is an apparently unpublished short story by Charles Bukowski, "100 Dollar Stuff," the original typescript submitted to Robert Singer for his projected journal "Speed Fast Reading," which never appeared. It is estimated at $4,000–6,000. Gertrude Stein's Before the Flowers of Friendship Faded Friendship Faded, the second book published by Plain Edition and one of just 120 copies, could sell for $3,000–5,000. The original paste-ups Allen Ginsberg's Mind Breaths with associated ephemera is estimated at $2,000–3,000. One of forty copies of Bukowski's The Wedding (1986) rates the same estimate, as does a first edition of Uncle Tom's Cabin.