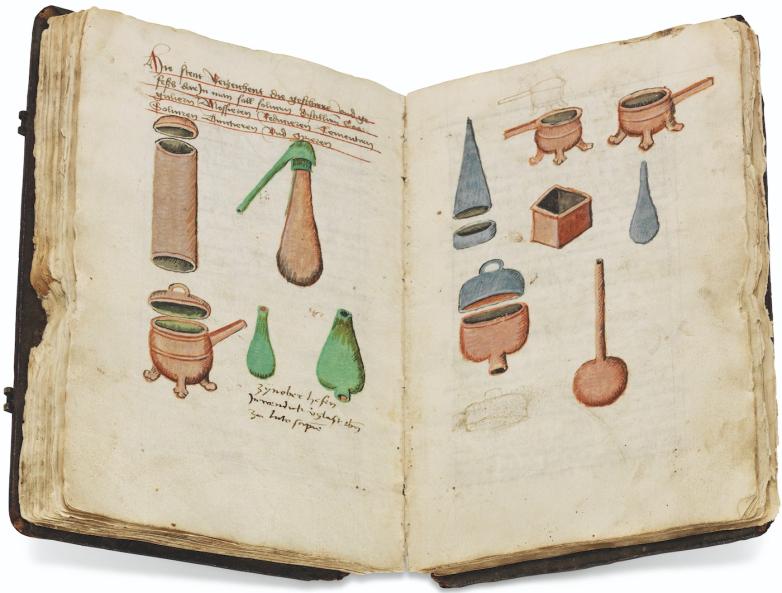 The notebook of an anonymous German alchemist (c.1480–1500), offered at Christie's this week.

A very busy week is coming up in the salerooms.

Sotheby's London's online sale of Books and Manuscripts: 19th and 20th Century ends on Tuesday, December 14. The 171 lots include a rare posthumously-printed copy of William Blake's Songs of Innocence and Experience (c.1832), estimated at £50,000–70,000. A first issue copy of Harry Potter and the Philosopher's Stone could sell for £40,000–60,000. The same estimate has been assigned to an inscribed presentation copy of Orwell's Down and Out in Paris and London (1993). A first edition of The Hobbit inscribed by Tolkien is estimated at £15,000–20,000.

A 200-lot sale of Early Printing, Americana & Rare Books at New England Book Auctions ends on Tuesday, as does the 446-lot sale of Printing & Bookbinding Equipment and Supplies. The latter has an impressive array of wood type, as well as metal type, bordering material, and other equipment.

Forum Auctions sells Books and Works on Paper on Thursday, in 280 lots.