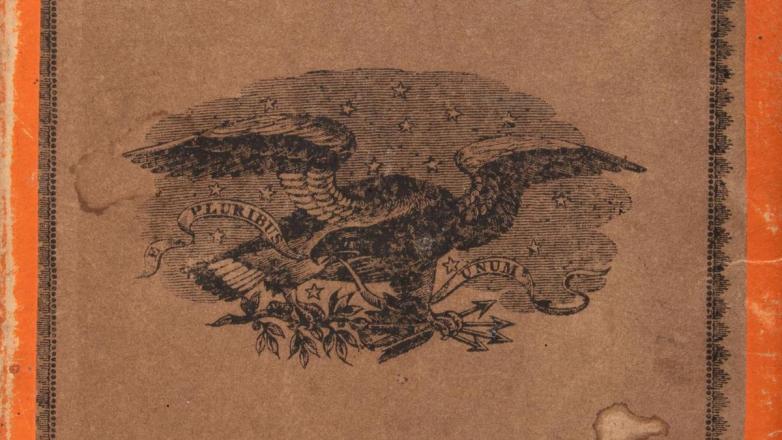 Slipcase for the 1822 game Traveller's Tour Through the United States, offered at PBA Galleries this week.

Aguttes will sell 261 lots of Autographes & Manuscrits on Monday, March 29, with most lots estimated at €2,500 or less.

Lark Mason Associates sells 206 lots of Rare Books and Incunabula, ending on Tuesday as well. Starting bids on this sale are mostly $10, so it might be possible to snag a bargain or two.

Another round of Travel & Sporting Books from the Library of Arnold "Jake" Johnson ends on Tuesday. The 218 items include a sketch and commonplace book by merchant William Prinsep, with two additional sketches of elephants by Charles D'Oyly ($2,000–3,000). A manuscript account of safaris of 1928 and 1929, led by J. A. Hunter and Andrew Fowle, with more than forty mounted photographs, had already reached $3,500 by Sunday afternoon. 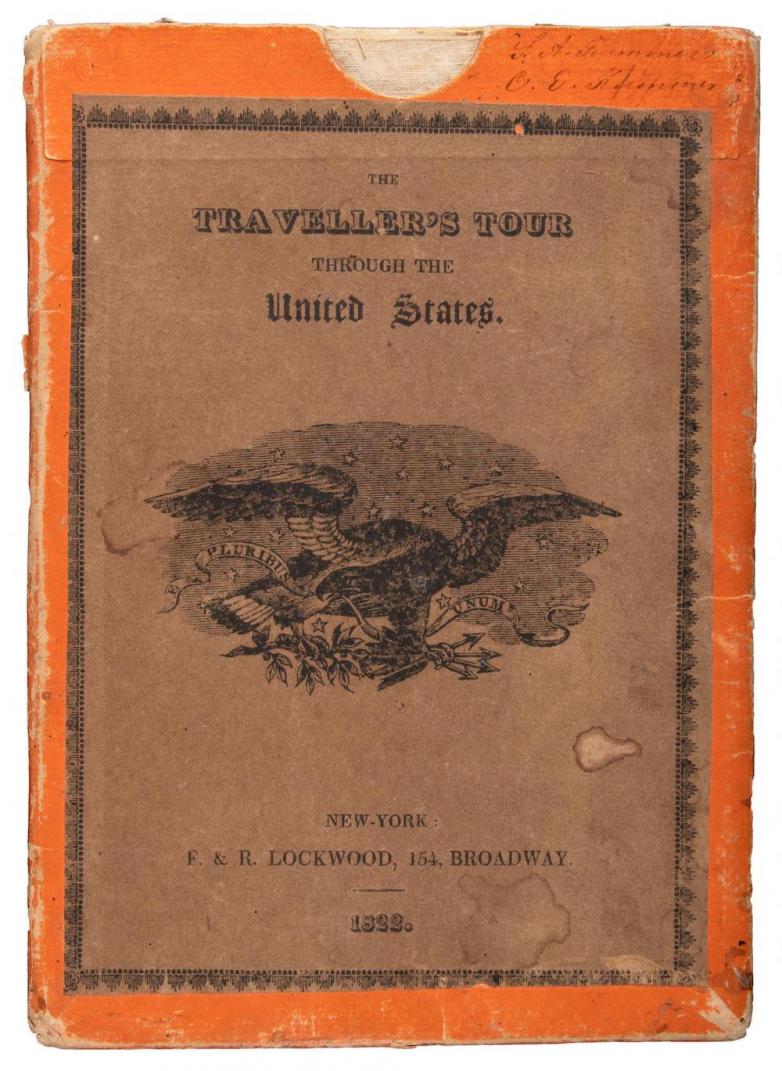 Rounding out the week's sales, Americana – Travel & Exploration – World History – Cartography at PBA Galleries on Thursday, April 1. The 394 lots include a 1582 London edition of Castanheda's First Booke of the Historie of the Discoverie and Conquest of the East Indias ($15,000–25,000); at the same estimate is a mixed set of Alexander Wilson's American Ornithology (1808–1825), with all plates. A copy of the first geographic board game to feature the United States, the 1822 Traveller's Tour Through the United States, with the slipcase, is estimated at $10,000–15,000. And Eliot Porter's Portfolio One: The Seasons (1964), a set of twelve photographs published by the Sierra Club, could sell for $8,000–12,000.