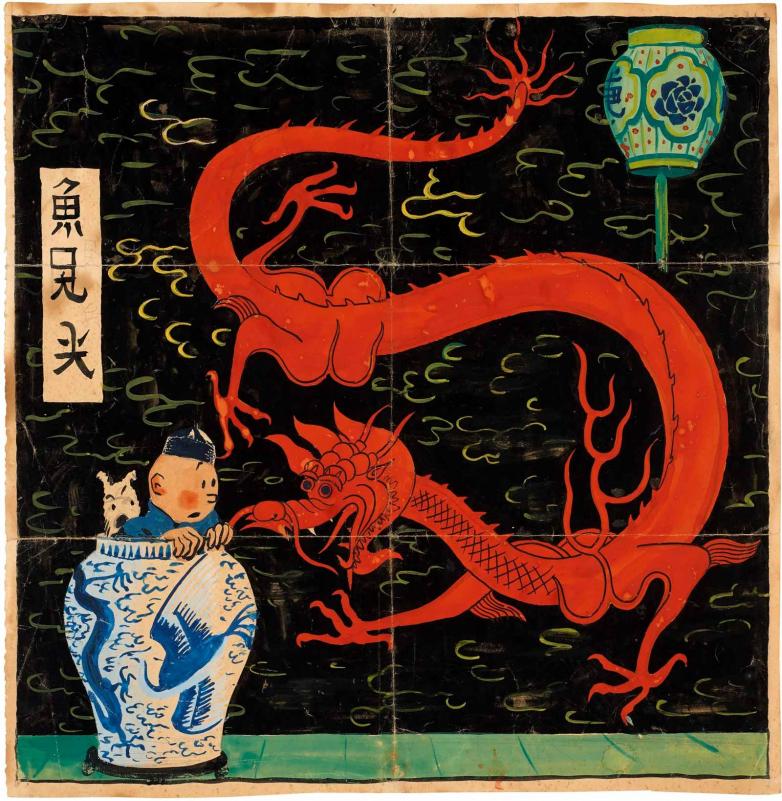 Hergé's original illustration intended to be used for the cover of Le Lotus Bleu (1936), offered at Artcurial this week.

Just a handful of sales to watch this week, all on Thursday, January 14.

At PBA Galleries on Thursday afternoon, a sale of Art & Illustration – Literature – Americana – Maps – Books in All Fields, in 443 lots. Nearly all are being sold without reserve, and as evident from the title, this sale will include a very wide range of materials from all areas, including some interesting Japanese printing, various posters and prints, and a number of photographic lots. The Limited Editions Club collector may be able to snag a bargain or two as well (Lots 119–183).