Happy 2021! The new year kicks off with a quartet of sales I'll be watching:

The firm of Humbert & Ellis in Towcester, Northamptonshire will sell 44 lots From the Antiquarian Library of the Cathedral and Abbey Church of St. Alban on Monday, January 4. There are some interesting examples in this unreserved sale, including a 1683 volume of homilies with a presentation label on the front board noting the book as "The Gift of Mr Henry Carpenter to St Paul's Parish in Nevis." There is a 1640 Geneva Bible, and a facsimile reprint of the 1551 London edition of the first book of The Paraphrase of Erasmus Upon the New Testament (bid up to £720 as of Sunday morning). 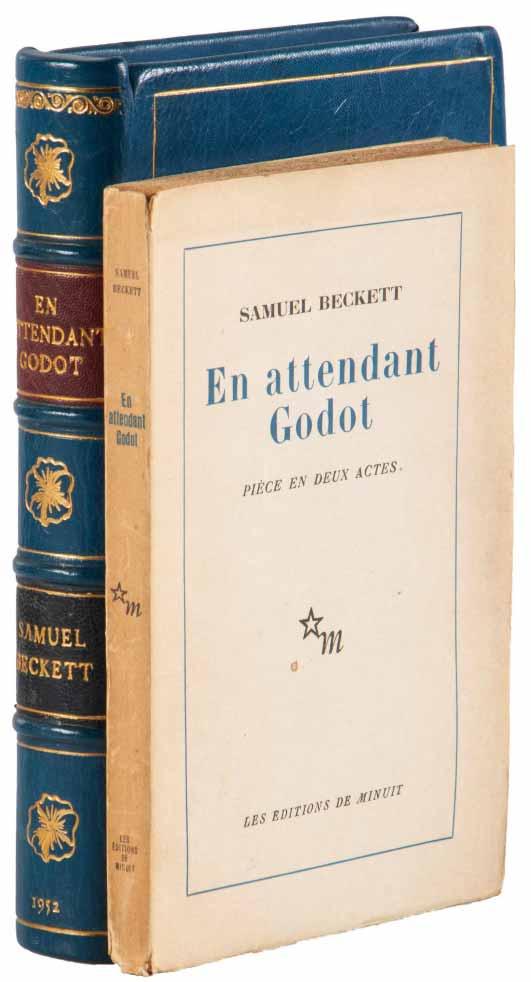 On Wednesday, January 6, University Archives holds a 440-lot sale of Rare Manuscripts, Autographs and Books at University Archives on 6 January. Expected to lead the sale is a four-page Isaac Newton theological manuscript, containing some 2,260 words in Newton's hand (estimated at $130,000–160,000). A long John Adams letter written in January 1809 to the Speaker of the House, Joseph Bradley Varnum, could sell for $70,000–80,000.

An April 14, 1944 letter from Albert Einstein to David Rothman could sell for $75,000–80,000: Einstein discusses the fate of his original manuscript on the theory of relativity, writing "I myself threw it into the waste-basket after it was printed judging it was good for nothing. At that time I knew nothing of the snobbery of this human world." He also speaks favorably of Allied advances against the Nazis. An Adam Smith letter to the Earl of Shelburne about the latter's son Thomas Petty-Fitzmaurice, who boarded with Smith, is estimated at $60,000–70,000.

Also on Thursday, Fine Literature – Science Fiction & Mystery at PBA Galleries, in 455 lots. A numbered copy of Charles Bukowski's Hot Water Music (Black Sparrow Press, 1983), with a tipped-in original painting by Bukowski, is expected to lead the sale at $5,000–8,000. A first edition of Beckett's En Attendant Godot (1952) could sell for $4,000–6,000. A 24-volume set of the Crowburgh Edition of Sir Arthur Conan Doyle's works, signed by the author, is estimated at $3,000–5,000. A first-state copy of the first book edition of Dickens' Oliver Twist rates the same estimate.