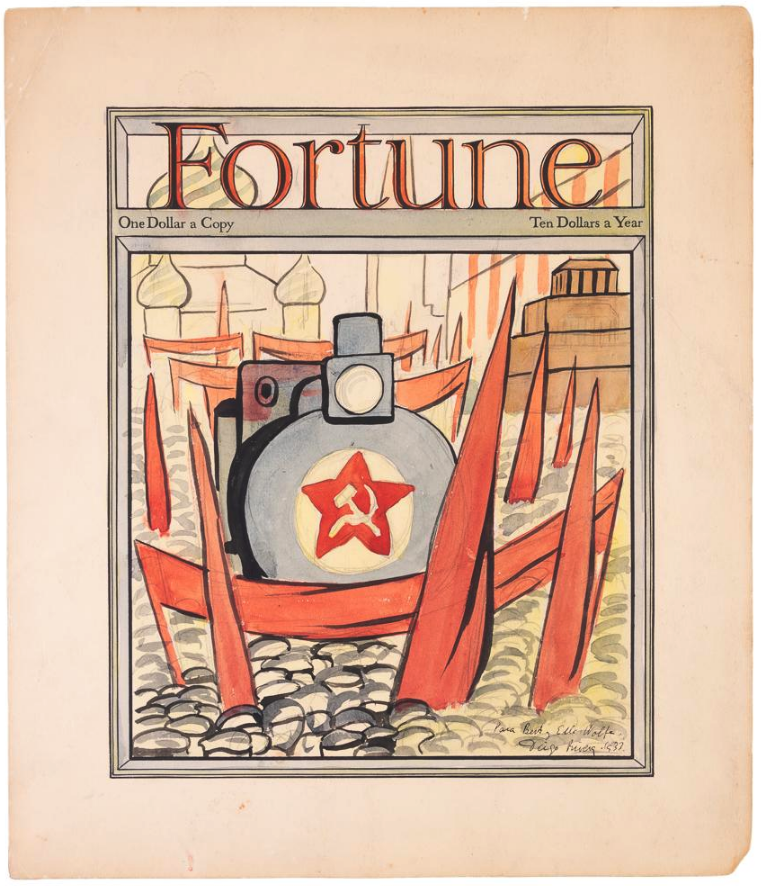 Diego Rivera's watercolor design for the March 1932 issue of Fortune, inscribed by Rivera to founders of the American Communist Party.

A quartet of auctions to watch this week:

The Mexico City auction house Morton Subastas will sell Books and Documents on the Independence of Mexico, the First Empire and the First Republic on Tuesday, September 8, in 252 lots. Among the top-estimated lots are a collection of documents related to the involvement of Fr. José María Cos in the Mexican war of independence (MEX$170,000–200,000); a November 26, 1804 proclamation about meat and tallow signed by Miguel Hidalgo (MEX$110,000–140,000); an October 4, 1810 letter from Hidalgo to Narciso María Loreto de la Canal, Coronel of the Regimiento de Dragones Provinciales de la Reina (MEX$110,000–130,000); and a collection of battle reports by royalist commanders covering the years 1811 to 1813 (MEX$100,000–120,000).

On Wednesday and Thursday, 9–10 September, Dominic Winter Auctioneers will sell Printed Books, Maps & Documents, Spanish Books & Manuscripts, The David Wilson Library of Natural History (Part II), in a 762-lot megasale. A first edition of John Gould's Birds of Great Britain (1862–1873) from the David Wilson Library is expected to lead the way, estimated at £10,000–15,000. A set of William Daniell's Voyage Round Great Britain (1814–1825), containing more than 300 aquatint plates and once in the library of Fountaine Walker at Ness Castle in Inverness, is estimated at £5,000–8,000. A copy of William Lyndwood's Constitutiones provinciales ecclesiae Anglica[na]e, printed by Wynken de Worde in 1499, is estimated at £4,000–6,000. There are some quite interesting Spanish tracts volumes to be had, as well.

And finally on Thursday, September 10, PBA Platinum: Rare Books, Manuscripts & Art at PBA Galleries. The 103 lots include a copy of the 1943 Paris edition of Rabelais' Pantagruel published by Albert Skira and containing 180 color woodcuts by André Derain. This is No. 2 of fifteen deluxe copies, bound by J. Anthoine Legrain and including with an original signed painting by Derain and the additional suite of colored woodcuts ($30,000–50,000). A large-paper copy of the 1899 Leonard Smithers & Co. edition of Wilde's The Importance of Being Earnest, signed by Wilde at the limitation statement, could sell for $20,000–30,000. Diego Rivera's original watercolor design for the March 1932 issue of Fortune, inscribed by Rivera to Bert and Ella Wolfe, founding members of the American Communist Party, is also estimated at $20,000–30,000.