A Post-Gutenberg Bible is Headed to Auction 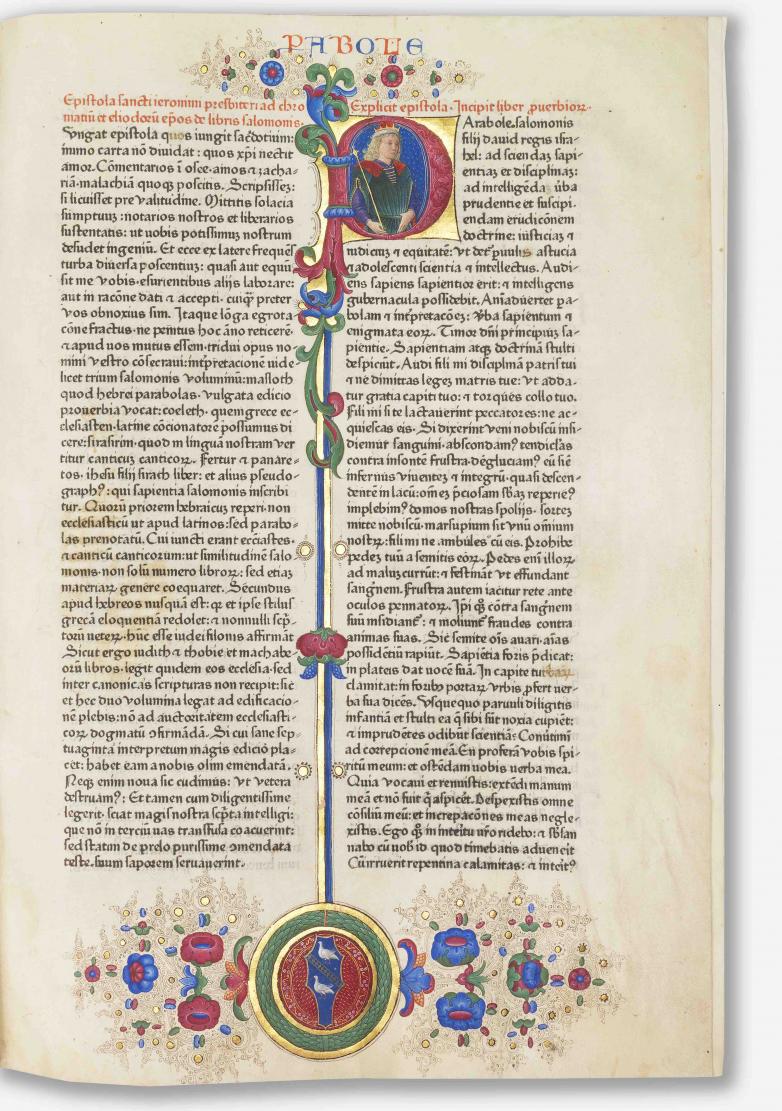 Rolling off the same printing press as Johannes Gutenberg’s celebrated production of 1455, this 1462 two-volume Biblia latina, published in Mainz by Gutenberg’s direct successors (and former associates), Johannes Fust and Peter Schöffer, is headed to auction in Hamburg later this month, where it is expected to reach €1 million—or about 1.1 million American dollars.

The Fust-Schöffer Bible shares a kinship with Gutenberg’s Bible, aptly described by the British Library as “the earliest full-scale work printed in Europe using movable type,” that collectors of incunabula and early printed books would find impossible to snub. Gutenberg Bibles—or even chunks thereof—hardly ever surface at auction, which means that this later item offers the opportunity to get just about as close to the beginning of the print revolution as possible.

Even apart from the Gutenberg connection, this rare, complete bible, printed on parchment and beautiful illuminated, holds a special place in printing history. According to the auctioneer, “Not only is this the finest work from the first decades of book printing, it is a very special gem, as it is the first book ever to contain a printing device: The alliance signet of Fust & Schöffer is the archetype of the publisher signet. On top of that, the well-legible Gotica-Antiqua type was used in the Fust-Schöffer Bible for the first time ever.”

The auction, which celebrates the 65th company anniversary of Germany-based auctioneer, Ketterer Kunst, is scheduled for November 25.