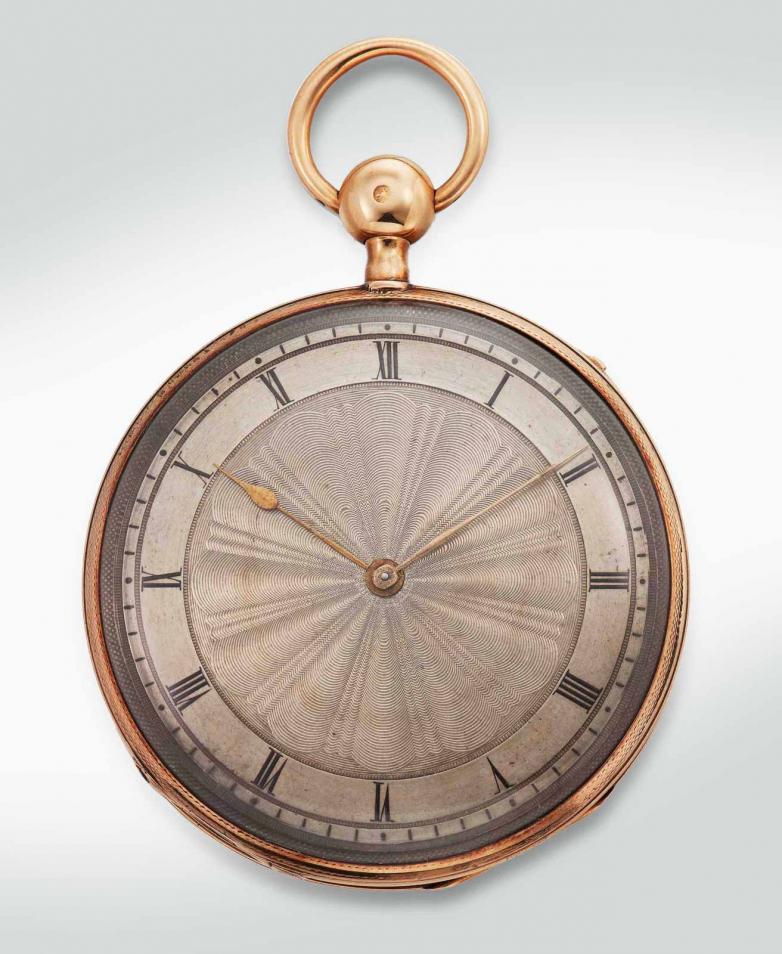 “Keeping time, time, time,” as Edgar Allan Poe writes in his poem, “The Bells,” preoccupied the author’s short life, which makes the object headed to auction next month in New York all the more fascinating: his pocket watch. Made of 18-karat gold, the open-face pocket watch is engraved in French, “Echappement A Cylindre En – Aiguilley – Edgar A. Poe – Pierre Huit Trous En Rubis.”

Poe was notoriously cash-strapped, but, according to Christie’s, his brief success in Philadelphia as an editor at Graham’s Magazine in 1841-42 would have offered him the wherewithal to purchase such an item. Unfortunately, the creditors soon came calling, and it appears that he used the watch as collateral or payment to a tailor named J. W. Albright. The auction catalogue contains a detailed description of the relic’s provenance of private ownership.

The timepiece is estimated to reach $80,000-120,000. One can’t help but wonder if the preeminent Poe collector Susan Jaffe Tane, who purchased Poe’s engraved engagement ring in 2012 for $80,000 and subsequently put it on display at the Grolier Club, is interested.

As the Christie’s cataloguer notes, “It is difficult to envision a literary artifact more evocative of Poe's work than his personal pocket watch, chiming every quarter hour. Time itself is, of course, a recurring motif across his body of work, and clocks and watches in various incarnations appear as literal mechanical instruments, as place-names or titles, and as looming abstractions taunting the reader.“