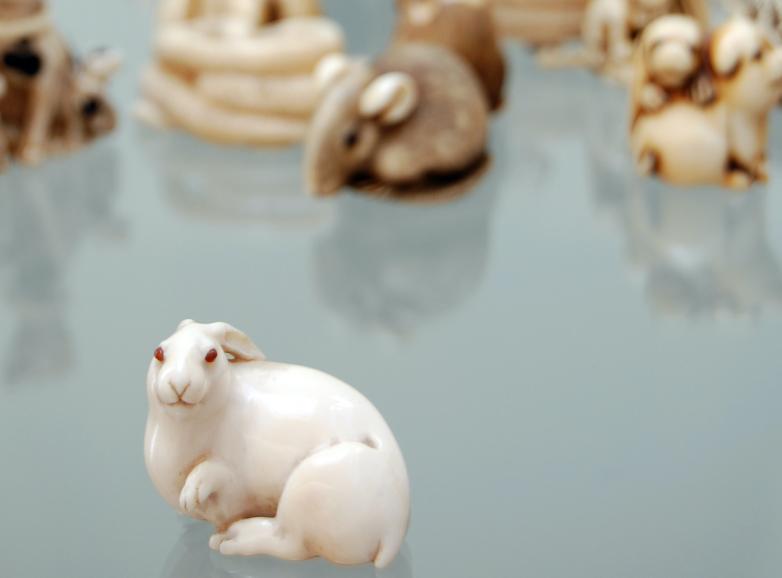 Courtesy of the Jewish Museum

Last month the Jewish Museum in New York City debuted an exhibition that digs deep into the background of the 2010 book, The Hare with Amber Eyes. The memoir, written by British ceramicist Edmund de Waal, traces his family’s history through an inherited collection of netsuke figurines (miniature wooden or ivory carved sculptures). What he uncovers is a rich story of his ancestors’ banking dynasty in Paris and Vienna and a remarkable art collection that was pillaged by the Nazis during World War II. 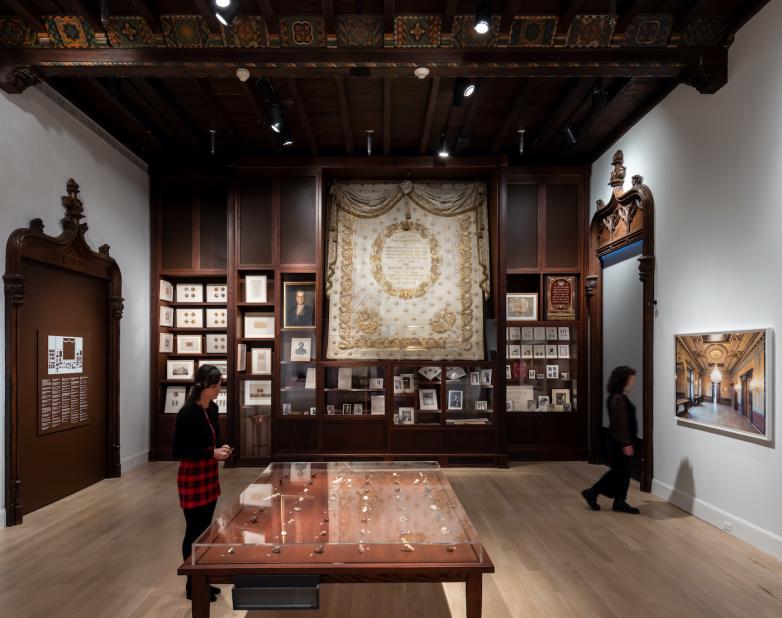 Installation view of The Hare with Amber Eyes at the Jewish Museum.

A bestseller and an award winner, The Hare with Amber Eyes is a beautifully written and important book, one that reaches a new audience via an art exhibition of the same name that explores de Waal’s family—the Ephrussi family—and features art and artifacts loaned by the family and various cultural institutions. Artworks by Jean-Honoré Fragonard, Claude Monet, Berthe Morisot, Gustave Moreau, and Auguste Renoir are on display, as well as 168 pieces of netsuke originally collected by Charles Ephrussi (1849-1905) in the late 1870s, including the hare with amber eyes.

Charles, it should be noted, was a prominent art critic and collector. He was friends with artists Edgar Degas and Edouard Manet, poet Jules Laforgue, and novelist Marcel Proust—indeed it is believed that he served as the inspiration for the character, Charles Swann, in Proust’s masterpiece, In Search of Lost Time.

The Hare with Amber Eyes exhibition is on view through May 15, 2022.

De Waal opened another exhibition, The Library of Exile, last year at the British Museum.