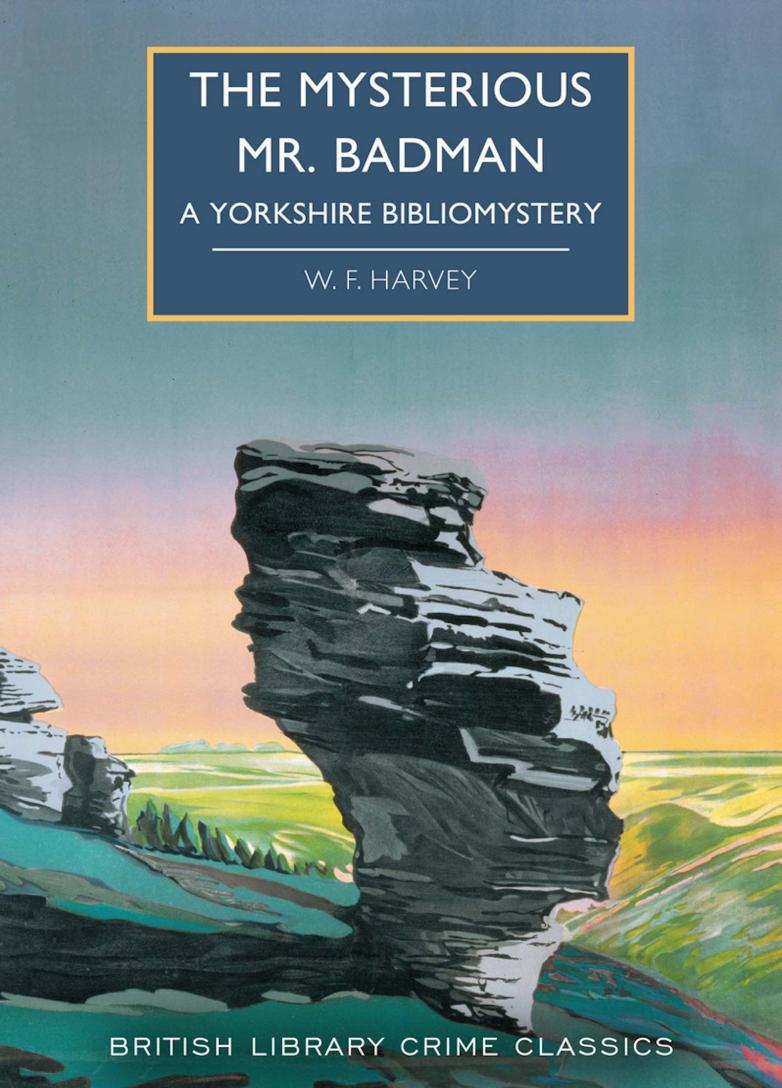 As bibliomysteries go, the first paragraph of The Mysterious Mr Badman by WF Harvey is a particularly tantalizing one:

“When at two o'clock on a sultry July afternoon Athelstan Digby undertook to keep an eye on the contents of the old bookshop in Keldstone High Street, he deliberately forgot to mind his own business.”

This slightly whimsical start sets the tone for this very enjoyable crime caper, the latest of the British Library’s successful reissues in its Crime Classics series. There’s a comfortably light touch throughout. Harvey has particular fun with names, such as Olaf Wake and Euphemia Upstart, Digby himself is a blanket manufacturer, and there’s plenty of slightly theatrical impersonations.

But this bibliomystery is actually rather a clever tale. It centres on Digby taking over brief control of a bookshop while on holiday in the north of England, and the theft of a book sold to him, The Life and Death of Mr. Badman by John Bunyan. Echoing some of the issues in that text, this is a lesser known companion volume about redemption and sin that sits alongside his Pilgrim’s Progress. Even Digby’s profession is not as random as it first seems.

And for those of us who grew up in Yorkshire, as did the author, there is plenty of local color, especially when the action moves to York. Indeed, this is the city where William ‘WF’ Harvey (1885-1937) went to school, by coincidence at the same Quaker school, Bootham, that I attended. He was a practising Quaker and served bravely in the first world war in the Friends Ambulance Unit before working in adult education. As a writer, he is much better known for his horror, particularly The Beast with Five Fingers and August Heat. “He will no doubt always be regarded primarily as a horror writer,” says Crime Classics series editor consultant and crime writer Martin Edwards, “but as this book shows, his contribution to the crime genre is worth remembering.”

First published in 1934 and scarce today – a first edition in decent condition would set you back around £200/$240 -  the book is certainly in vogue as a Spanish translation appeared last year, El misterioso señor Badman, published by Siruela.