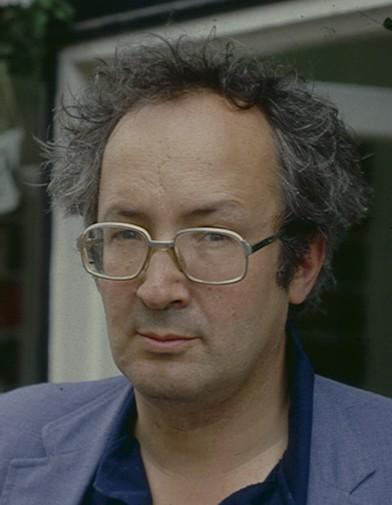 Booth was born in Devon in the southwest of England but grew up in Hay and was educated at the historic school Rugby before going to Oxford to study history where he became interested in book collecting. After a short-lived stint as an accountant, Booth opened his first bookshop in 1961 in Hay’s former fire station and built up his stock by shipping books over from the USA as well as buying up well-stocked personal libraries from the great and the good in the UK. His efforts throughout the 1970s were followed by others until Hay became known as the world’s leading location for secondhand bookshops.

Although bookselling was close to his heart, his ambition was much wider. He saw Hay as the beginning of an international project in which sustainable book towns in rural locations around the world would be set up and supported to revive local economies and halt migration towards cities. His inspiration transformed Hay’s local economy which today still attracts visitors from all over the world and Booth was rewarded with an MBE for services to Welsh tourism. One spin-off from his success is the annual 10-day Hay Literary Festival which itself has spawned sister ‘Hay’ festivals around the world.

When I wrote a book about the international book town movement two years ago, representatives of every book town around the world spoke his name in reverent tones, keenly aware that without him the entire network would probably never have been established. Unsurprisingly, he was made honorary life president of the International Organisation of Booktowns and at various times planned to move abroad permanently to several of them.

Booth’s achievement stemmed partly from his skill as a headline-grabbing showman with a strong dislike of bureaucracy, centralization, and politicians, as a quick browse of his website Richard King of Hay reveals. In 1977 he crowned himself the King of Hay or King Richard Cœur de Livre and announced his home town was an independent kingdom, garnering spectacular media attention in the process as he appointed his horse as his prime minister and issued his own passports. Despite the eccentricities, his devotion to books was such that when the dilapidated Hay Castle which he owned caught fire that same year, firefighters are said to have been obliged to tie him to a tree as the only way of restraining him from rushing inside repeatedly to save books from the flames. His 1999, My Kingdom of Books, details his version of these events in typically spirited fashion.

Over the years he set up various bookshops in Hay, the main operation being Richard Booth’s Bookshop, at one time certified as the world’s largest secondhand bookshop, which is still open, a decade after he relinquished the reins to American businesswoman Elizabeth Haycox.

Booth’s funeral in Hay at the end of August was held in a packed church, with several hundred people also attending outside. There are plans for future celebrations this month on September 12, his birthday, and October 31. He is survived by his third wife, Hope Barrie.