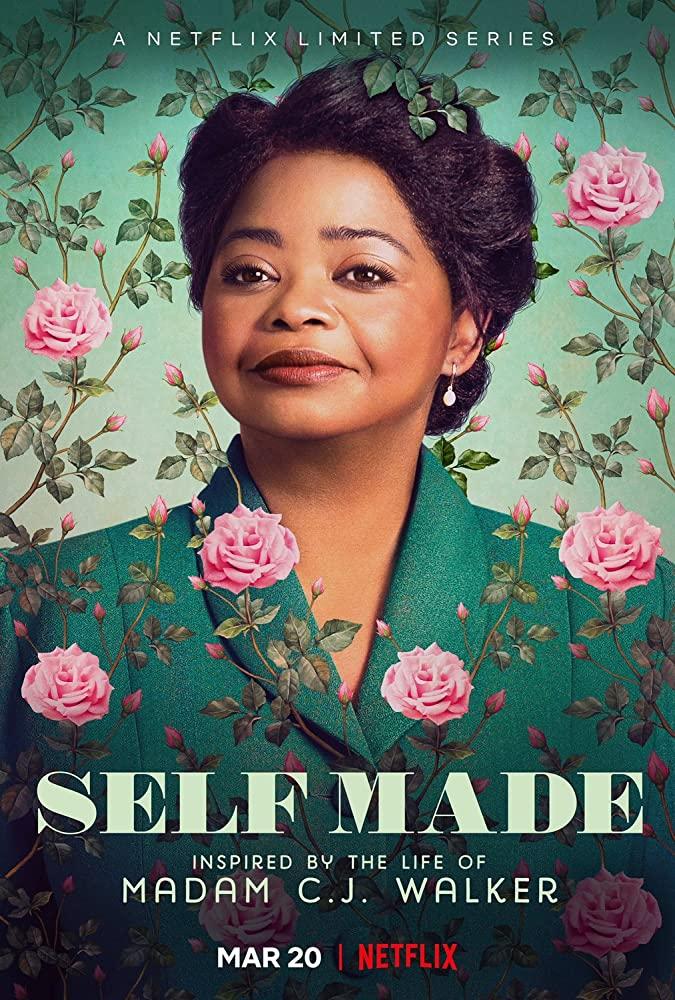 Last month, Netflix debuted Self Made, a new mini series “inspired by” the life of Madam C.J. Walker, an African American woman who became a millionaire in the post-Civil War era—she was born in Louisiana just two years after the war ended and slavery was abolished. The Guinness Book of World Records refers to her as the first female self-made millionaire in America.

Walker, played in the show by Octavia Spencer, made her money developing and selling haircare products and cosmetics and running a beauty salon for black women. She was also an author of sorts, which I recalled as I watched episode one, during which she is seen reading Booker T. Washington’s The Negro in Business (1906).

I remembered the book called Text Book of the Madam C.J. Walker Schools of Beauty Culture (published in Indianapolis, ca. 1928) because it had featured in a story we ran about Antiques Roadshow in the spring 2014 issue. Antiquarian bookseller Ken Sanders was pictured giving an appraisal of the blue cloth-bound first edition ($10,000+) during a Kansas City, Missouri event. (You can watch that appraisal below.) The entrepreneurial Walker had, in the 1910s, expanded her business to include a beauty school, but she died in 1919, long before the Text Book bearing her name was published.

As we learn from Sanders and the woman who brought it to the Roadshow, herself a beautician, the book was the “very first book published for hair-styling and fashion for African American women.”

For more information about Walker and her great-great-granddaughter, A'Lelia Bundles, whose book brought Self Made to the screen, check out this PBS News Hour segment.