The Literary Lives of American Presidents 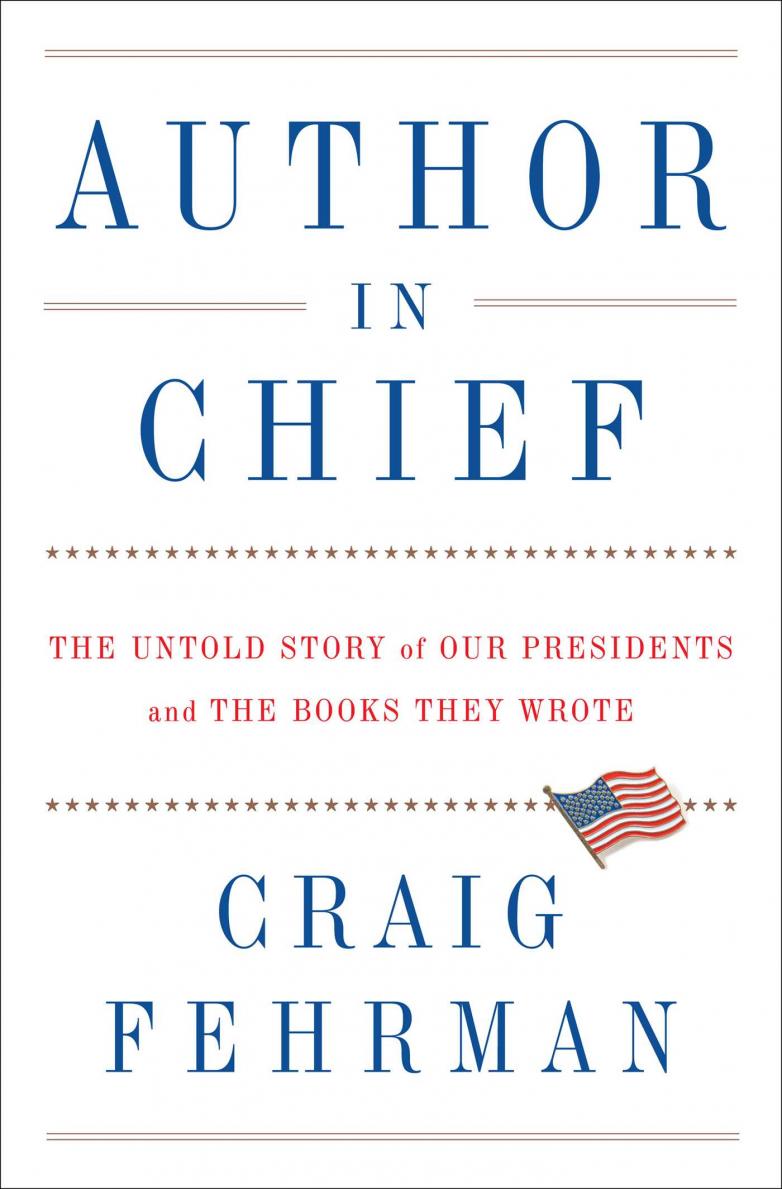 Today sees the publication of Author in Chief: The Untold Story of Our Presidents and the Books They Wrote (Avid Reader Press, $30) by Craig Fehrman, a journalist and historian who has written for the New York Times, the Washington Post, and—full disclosure—Fine Books. In the book, Fehrman offers a decade of painstaking research boiled down into a supremely engaging narrative about presidents and their relationship to reading and writing. (The Wall Street Journal raved about the book last week, calling it "One of the best books on the American presidency to appear in recent years.")

Craig graciously agreed to answer a few questions about his research and how to collect in this genre, and he weighed in on the best presidential prose.

RRB: What made you decide to write about presidential autobiographies/memoirs?

CF: I first started thinking about this topic in 2008. Like everyone else that year, I was obsessing about the election, and I realized Obama's books were a) really good; and b) really resonating with voters. This was not a very original realization! But I found myself wondering if there was a history here, and that history turned out to be much richer than I expected — rich in books that made big impacts, and rich in new behind-the-scenes stories about some of our most beloved presidents.

RRB: Your narrative weaves in so many interesting strands — e.g., John Quincy Adams’ poetic ambitions, Wilson’s penchant for mystery novels, Kennedy’s desperate pitch for the Pulitzer — what surprised you the most in the research?

CF: There were a lot of surprises, and you mentioned some of my favorites, but the big one is easy: that Lincoln wrote a bestseller, and that his decision to write it reveals so much about his heart and mind. The book was called (deep breath!) Political Debates between Hon. Abraham Lincoln and Hon. Stephen A. Douglas, and it collected the best transcripts of the famous debates between Lincoln and Douglas. Lincoln's biographers have totally missed this book — both how hard Lincoln worked on it, alone and secret, and how important it was in helping him win the White House in 1860.

Fine Books & Collections readers will appreciate this: the only scholars who have taken Lincoln's book seriously are the old-school bibliographers, who have carefully compared the various early editions (and there are a ton of variants because it sold so well). Those bibliographers have also inventoried the copies Lincoln signed and dated, with many of those copies remaining in private collections.

RRB: The cynics among us might argue that a president, at least one within the last half-century, is just another celebrity with yet another slapdash, ghostwritten legacy book. How do you respond to that?

CF: This is a fair point, but I would offer two counters. First, the previous president, Barack Obama, won his election in large part because of a fantastic and deeply personal book. So while presidents have written plenty of books best described as "slapdash," they've also written some good ones — and the good books have made a difference.

Second, I would draw a distinction between a slapdash ghostwritten book and a decent ghostwritten book. Not every president needs to be an Obama or a John Quincy Adams. Aspiring to be, say, a Ronald Reagan — who worked quite hard with his ghostwriter on a now-forgotten bestseller, the fascinating and revealing Where's the Rest of Me? — is plenty good enough. I think it's a mistake to dismiss a book simply because it's ghostwritten, and history makes it clear that this distinction matters to other writers far more than it matters to readers. The better question, to me, is: is this a decent and useful book? Ghostwriting can produce that so long as everyone works hard, as Reagan and his ghost did.

RRB: I couldn’t help but think of collectors when I got to the book’s appendix, where you offer a short list of the best presidential prose. It struck me as a great place to begin a collection if one were so inclined. I know you used digital sources and library loans, but did you end up acquiring any physical copies of the books along the way? Did you ever feel the lure of collecting during the process of research and writing?

CF: I bought a lot of modern presidential books, but they were always easy to find and cheap — a byproduct of of the genre's popularity, I guess. According to my Amazon account, I bought Reagan's second (and far worse) book An American Life on March 24, 2010, for 43 cents. 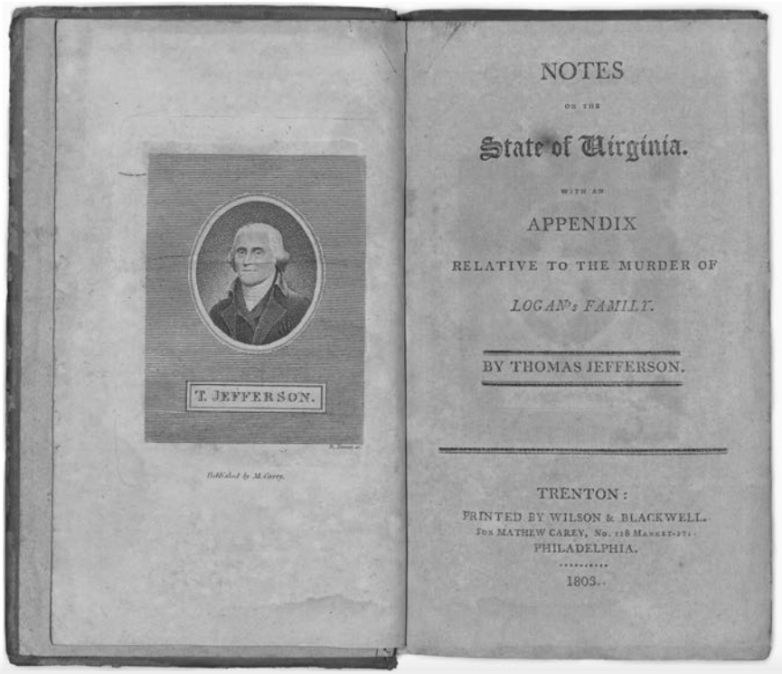 A spread from an 1803 edition of Thomas Jefferson's Notes on the State of Virginia.

Some of the older titles were much harder to find, but whenever I could I examined physical copies because you can learn things from them that you can't from a scan on www.archive.org. Here's an example: there are a lot of fun and fresh images in Author in Chief, and one thing I tried to do was include not just images of each major president but images that were rare or had a bookish twist. Thanks to Indiana University and its Lilly Library, I was able to reproduce this spread from an 1803 edition of Thomas Jefferson's Notes on the State of Virginia. I like this because it has a rare image of Jefferson as its frontispiece, but also because this edition was published by Mathew Carey, an important American publisher who shows up several times in my book. Tracking down the rare edition helped me tell a better story.

One more note for collectors: many presidential memoirs have been issued in limited editions, with special details or bindings. Another area to explore is signed copies. Harry Truman did the first big presidential book signing, like the ones celebrities do today at Costco or Barnes & Noble, all the way back in 1955.

RRB: Finally, having read all of these books, which president would you say was the best writer, in a literary sense? Best individual book by a president?

CF: The best writer, to me, is Lincoln — he was a wonderful stylist, and he produced a style that was very effective for political persuasion.

The best book? That's a harder question because there are so many different kinds of presidential books — the military history of Grant's Personal Memoirs, the literary memoir of Obama's Dreams, and so on. I will say that my favorite book I discovered was another forgotten bestseller, Calvin Coolidge's Autobiography. It's short and honest and deeply personal, which is really refreshing compared to a lot of political memoirs. Coolidge was a great writer, and he tried to capture what it felt like to be president. I wish a lot of people would read this one, starting with any ex-presidents who are preparing to write books of their own!