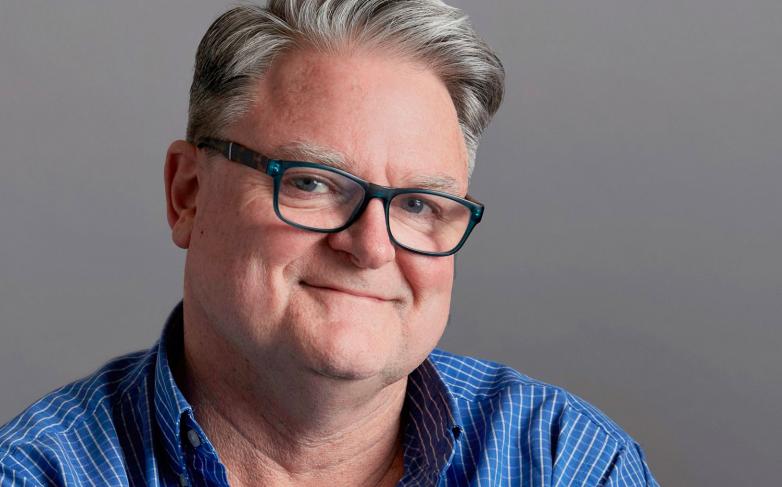 We first spoke to Nigel Beale, host of book culture podcast The Biblio File, almost ten years ago when he launched the Literary Tourist community and was just getting off the ground with his podcast. We thought it was time to check in, as the podcast continues to grow and expand and Beale has also added a new venture to his wheelhouse called Literary Retreats.

RRB: Since our last Q&A, you’ve pivoted, as they say, to focus mainly on The Biblio File. Tell me what you’re up to and about your process.

NB: Yes, when I launched Literary Tourist I had this rather grand idea that the website would list every bookstore, writers festival, literary hotel and bar, rare book library, etc. in the world, and serve as a comprehensive guide/calendar for tourists interested in literary travels. After a time I realized that this was a task—the work required just to keep the listings up to date and current was enormous—I didn't want to undertake. So I changed gears and focused on producing stories about the various destinations I traveled to in the course of interviewing authors and publishers, booksellers and collectors, scholars and others for The Biblio File podcast. When I visit a city, my process is to research who's there (re: best practitioners as outlined here: www.thebibliofile.ca/about), line up interviews, determine which literary destinations and events I want to attend and visit, and then execute! Once home, I re-live the experience in a way, by writing up what happened, and including links to the various interviews in the body of the stories, which are then posted at www.literarytourist.org.

In short, the stories are the backstory to the podcasts. My adventures!

RRB: What’s the larger mission for this project?

NB: The mission is two-fold: 1) To explore book culture at the turn of the twenty-first century by interviewing 'best practitioners' in the publishing and related trades, and those involved in other book-related activities. In short, exceptional people who have written, edited, created, published, promoted, sold, read, studied, collected, or preserved books in one way or another. 2) To explore the histories of these trades and activities by interviewing experts about past practitioners.

Another aspect of the project involves my developing a resource library to call upon while researching interviews/ees. It started with publishers histories/bios/memoirs, and has expanded to include publishers sales catalogues, bookseller histories and bios, bookseller catalogues, library exhibition catalogues, and the bios and memoirs of all of the various types of practitioners listed in my outline. I'm interested in how these people and organizations went about their work, how they achieved success, how they promoted themselves.

I get great pleasure from collecting, and the books themselves have proven very useful during the course of my preparing for various interviews.

RRB: I hesitate to ask if you have a favorite interviewee, but who totally surprised you or told you an incredible story?

NB: I can't recall having been totally surprised by any one person I've interviewed—it's more that I've been blown away by how very kind and smart pretty well every one of the 500-odd people I've interviewed to date have been. I feel very fortunate to have met, connected with, and learned from, so many truly interesting people. There are so many memorable conversations for me. For example, visiting Barry Moser at his home, trading books and feeling comfortable enough to start psychoanalyzing each other almost as soon as I walked through the door. And then, on the same trip, sitting down with Ken Lopez and hearing the fascinating stories behind why he developed his Vietnam and Aboriginal literature collections. Or, in London, going in to talk to Faber CEO Stephen Page, bringing with me my copy of Geoffrey Faber's A Publisher Speaking to quote from, and seeing its dust jacket framed on Stephen's wall. Or listening to the airplanes fly over Richard Charkin's backyard as we talked about great publishers and not so great publishers such as Paul Hamlyn and Robert Maxwell. Richard has been such a help to me over the years. Or learning all about exactly how Japanese woodcuts are made from practitioner David Bull, after spending the afternoon prior to our interview looking at all sorts of examples in the Jimbocho bookshop district of Tokyo. It really has been a tremendous ride. More recently, speaking of stories, I interviewed Martin Latham. It was such a pleasure talking with him about all of the endlessly interesting tales he has to tell in his excellent book, The Bookseller's Tale.

When you meet people who share your passions, it's hard not to get carried away.

One that keeps coming back to me is a discussion I had with Mark Abley about his haunting book Conversations with a Dead Man: The Legacy of Duncan Campbell Scott. Scott was in charge of the Canadian government's residential school program during the first half of the twentieth century. It's been labelled genocidal by many. He was also a fine poet and critic. I think it's important to separate the two, and appreciate his art. Mark argues convincingly otherwise. It's an important subject, dealt with sensitively, and imaginatively by Mark. Continues to make me think.

RRB: You’re a big traveler—a literary tourist, of course! How has Covid affected that? Have you been able to travel at all in the past year, and if so, where have you gone?

NB: It's a bit of a double-edged sword. Of course I don't enjoy being cooped up, but on the flip side, thanks to Zoom I've been able to interview a lot of people I might not otherwise have been able to get to. Martin Amis, for example. And Richard Ovenden. I was on Zoom the other night with Stuart Kells exploring the possibilities of talking to various book people in Australia. So, not all bad.

As for travel, yes, my wife is from France, so we had the chance to go over there last summer to stay with her parents. For a good long time I should add. Didn't come back until the end of September. I was able to get into Paris several times, where I interviewed Pierre Assouline about his biography of Gaston Gallimard, and Anne Solange Noble at Gallimard about selling English language rights. We went down south where I was able to catch up with Bill Samuel at his family's villa near Toulouse. He's written a book about his grandfather William Foyle, and his aunt, the infamous Christina Foyle. And finally, the highlight of the trip, I got to visit IMEC, this centre just outside Caen that houses the archives of many of France's greatest publishers and booksellers and authors. There's a church on the grounds that has been converted into a library. It's breathtaking.

RRB: What other podcasts (literary or otherwise) do you enjoy?

NB: I’m not that faithful to too many podcasts—I like to jump around a lot. Pamela Paul's New York Times Book Review podcast however is an exception. She is such a superb interviewer, and the program moves along beautifully. It keeps me current. Also, over the years I've listened to most of Eleanor Wachtel's many excellent interviews at Writers and Company. And Shelagh Rogers's The Next Chapter does an excellent job keeping me abreast of what's going on in Canada. As for now, I'm on a bit of a Desert Island Discs jag. Plus there's the NYT's The Daily. I used to listen most days, although what with the controversy surrounding Caliphate, I've been a bit put off. Finally, on a positive note, I'll listen to Backlisted when they discuss an author I'm interested in—just saw yesterday for example that they'll be talking Joseph Roth soon, so I'll definitely tune in to that one.