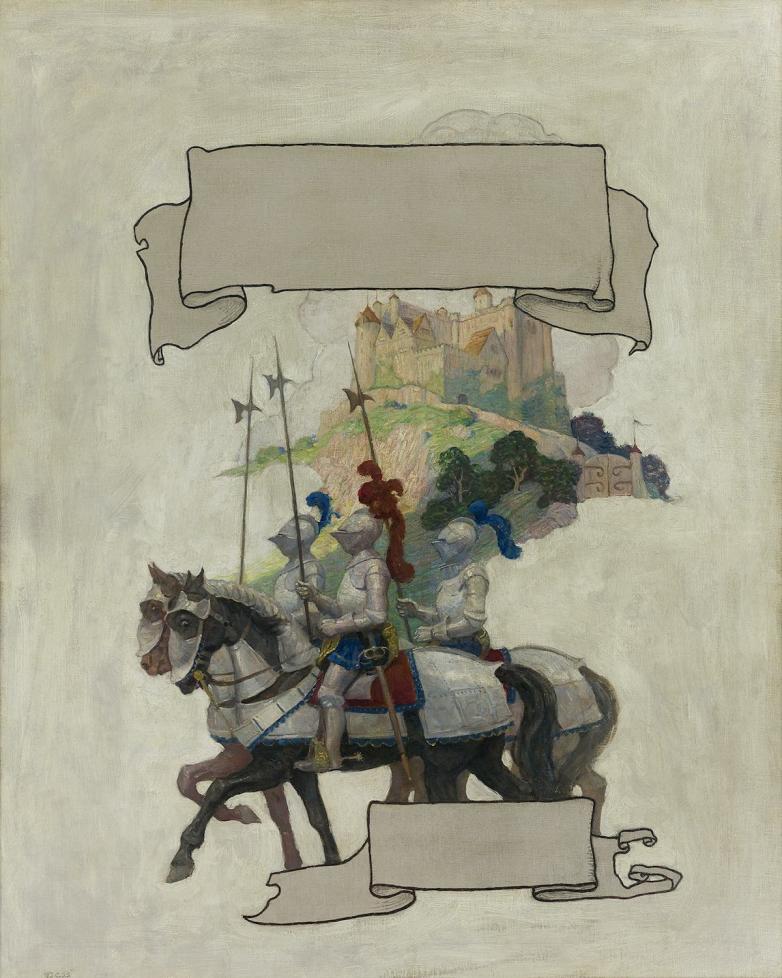 Additional children’s book highlights include a small run of works by William Pène du Bois, with notable lots featuring a group of 27 watercolor and mixed-media drawings from The Hare and the Tortoise and The Tortoise and the Hare, 1972 ($4,000-6,000). A colorful collage, ink and gouache of Black Cat by Eric Carle from his 1973 classic Have You Seen My Cat? is set to come across the block ($6,000-9,000); as well as Peter Newell’s illustration Beau—ootiful Soo---oop!, 1903, published in Lewis Carroll’s The Hunting of the Snark and Other Poems and Verses ($6,000-9,000). A run of works by contemporary illustrators Allan Neuwirth and Jane Breskin Zalben rounds out the section.

A wide-ranging section of literary and magazine illustrations is led by N.C. Wyeth’s original 1916 title-page artwork for The Black Arrow. A Tale of the Two Roses by Robert Louis Stevenson ($150,000-250,000). The iconic work is offered alongside material by other giants from the Golden Age of Illustration, particularly those from the Brandywine School, including Wyeth’s mentor, Howard Pyle, with the oil-on-canvas frontispiece for Landegon by W.G. Beymer, published in Harper’s Monthly Magazine in November, 1909 ($20,000-30,000), and a likely preliminary study for Century Illustrated Magazine, circa 1905, by Violet Oakley ($4,000-6,000). A run of magazine illustrations contains a number of pieces for The Saturday Evening Post by Stevan Dohanos, as well as the Mexican caricaturist and cartoonist Arias Bernal.

Limited previewing (by appointment only) will be available from July 13 through July 15, to be scheduled directly with the specialist in advance and conforming to strict safety guidelines. Swann Galleries staff will prepare condition reports and provide additional photographs of material on request. Advance order bids can be placed with the specialist for the sale or on Swann’s website, and phone bidding will be available. Live online bidding platforms will be the Swann Galleries App, Invaluable, and Live Auctioneers. The complete catalogue and bidding information is available at www.swanngalleries.com and on the Swann Galleries App.