Lincoln and the Jews: An Exhibit

The four-year Civil War sesquicentennial is drawing down, but there are still many wonderful books and exhibits to explore.  Last Friday, the New-York Historical Society opened an exhibit called Lincoln and the Jews that chronicles the little-known relationship between America's sixteenth president and the Jewish community. Many of the one hundred manuscripts, letters, official appointments, pardons, Bibles,and Judaica on display are from the Shapell Manuscript Foundation, an independent educational organization focusing on the histories of America and Israel, specifically during the nineteenth and twentieth centuries. The show also coincides with the forthcoming publication of Brandeis professor Jonathan Sarna's Lincoln and the Jews: A History (Thomas Dunne Books, March 2015), written in collaboration with the Manuscript Foundation's founder, Benjamin Shapell. 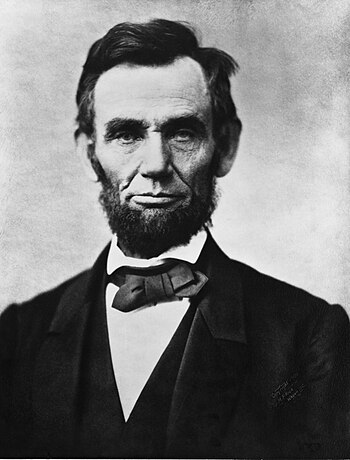 During Lincoln's presidency, the Jewish population in America grew from 3,000 to 15,000 people, yet anti-Semitism was commonplace and acceptable throughout much of American society. Still, the president had many close Jewish friends and advisors, such as podiatrist Issachar Zacharie, who ultimately became the president's confidant, and even ran a secret mission to New Orleans to drum up pro-Union support among his "countrymen." The exhibit includes a letter from Lincoln to Secretary of War Edwin Stanton granting passage for Zacharie to visit relatives in Savannah after the city had been captured by the Union. Lincoln made unpopular pro-Jewish political decisions as well, such as recognizing the promotion and decoration of Jewish Civil War soldiers and amending the chaplaincy law so that Jews and other non-Christians could serve as chaplains in the military. image reproduced with permission from the New-York Historical Society.
Timothy Wroten, Senior Communications Manager at the New-York Historical Society, explained that hosting the show in Manhattan is an obvious choice. "New York is a Jewish city, and it's the pinnacle of the American experience," he said. "It's tempting to think that New York is so different from the rest of the country, but much of America's history starts here."
Lincoln's ties to Jews and Judaism even extended to his death--the eve of his assassination, April 14, 1865, happened to be the fifth night of Passover, when observant Jews were at temple. Once news of Lincoln's passing reached the congregants, black mourning ribbons were quickly hung on the bimahs and worshippers chanted songs usually reserved for Yom Kippur, the most holy day of the Jewish year. A Jewish doctor at Lincoln's deathbed: Alonzo Chappel's 1867 painting depicts the room in which Lincoln lay dying.  Dr. Charles Liebermann, a Russian-born Jewish ophthalmologist and a leading Washington physician, is prominently featured here, gazing intently at the president. Lierbermann had attended at Lincoln's deathbed throughout the nine-hour coma. Reproduced with permission from the New-York Historical Society.
LINCOLN AND THE JEWS is on view at the New-York Historical Society from March 20 - June 7. More information is at www.nyhistory.org.