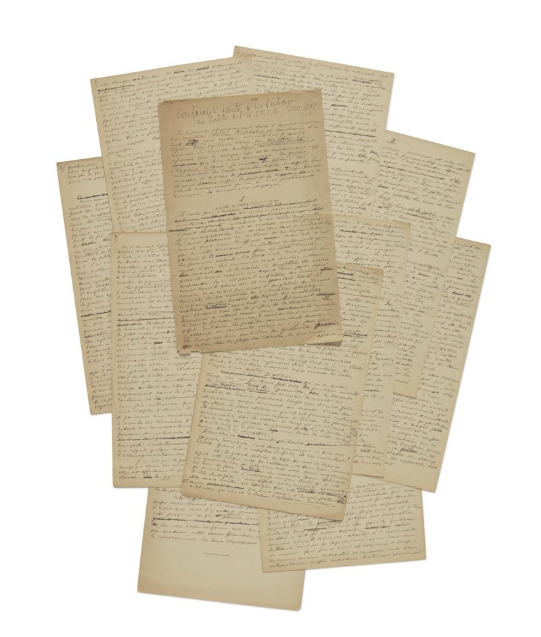 There's not much going on in the auction rooms this week, but plenty of fascinating things happened last week that are very much worth a recap.

At the Swann Maps & Atlases, Natural History & Color Plate Books sale on Tuesday, an 1840 Hawaiian-language school geography printed at the Lahainaluna Seminary, He Mau Palapala Aina A Me Na Niele No Ka Hoikehonua, was the top lot, selling for $68,750 (over estimates of just $2,500–3,500). The book's maps were engraved by George Luther Kapeau, a seminary student who later became governor of Hawaii. A large Currier & Ives lithograph, "The Mississippi in Time of Peace" (1865) sold for $21,250, more than doubling its presale estimate.

Audubon's Birds of America sold for $6,642,400 on Wednesday afternoon to Graham Arader.

Prior to the Audubon sale on Wednesday Sotheby's held a Fine Books and Manuscripts sale, which made a total of $11,094,875. Much of that total came from Pierre de Coubertin's "Olympic Manifesto," which sold for $8,806,500; this is a new world record for any sports memorabilia at auction. The buyer has not been announced.

Poe also sold well this week: the Prescott-Manney copy of Poe's The Raven and Other Poems made $312,500, and a copy of the 1831 Poems in a presentation binding and inscribed by Poe to his friend John Neal sold for $81,250.

Looking forward to what treats 2020 brings -- happy holidays to all!