“The Last of the Metal Men:” Jack Stauffacher Retrospective Gets Kickstarted 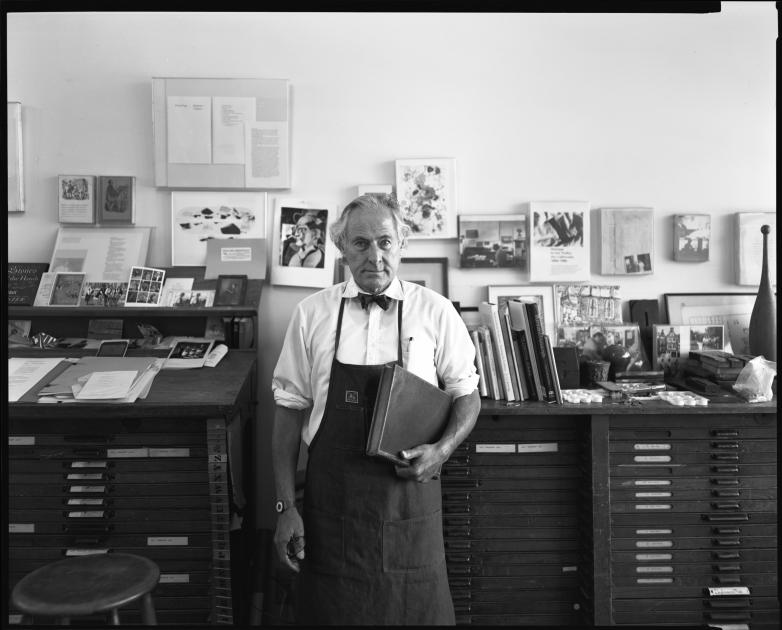 Stauffacher at his Greenwood Press studio.

San Francisco-based Jack Stauffacher (1920-2017) was a master of types. The self-taught printer, typographer, book designer, and founder of Greenwood Press spent his eight-decade-long career in the service of crafting and assembling beautiful typographic forms sure to stand the test of time. Beloved by many throughout the creative community and considered one of the last of the original San Francisco bohemians, Stauffacher and his wood type prints will be the subject of a forthcoming book to be published by Letterform Archive.

Only on Saturday: The Wood Type Prints of Jack Stauffacher was written by Stauffacher’s friend and fellow Bay area designer Chuck Byrne. Though the book is being funded by a Kickstarter campaign that wraps up Friday, November 15 at 6pm PST, Letterform exceeded its all-or-nothing $65,000 goal on Wednesday. Backers are still very much welcome to pledge financial support in return for various thank-you gifts: $19 nets digital wallpaper and a list of Stauffacher’s favorite books, while $1,500 gets a private dinner for two in San Francisco with the author as well as a deluxe edition of the book.

Drawing from original prints that were only recently added to Letterform's collection when its curators were cleaning out Stauffacher’s studio that had served as his base of operations for over fifty years, the book is sure to be on many typophiles' holiday lists.

No matter how many accolades he racked up for his contributions to the book arts community, Stauffacher always considered himself to be first and foremost a printer: as Byrne notes, he was “a member of a long tradition--the guild of printers...as it conveyed many things he held sacred: noble labor, intelligence, responsibility, comradeship, history, and above all secret knowledge.”

Stauffacher’s life was well-documented in a 1999 limited-edition publication by the Book Club of California entitled, A Typographic Journey: The History of Greenwood Press, but Letterform’s undertaking will be the first widely distributed book on the AIGA medalist. Additionally, Only on Saturday will feature hundreds of wood type prints, many to appear for the first time in book form, with the ultimate goal of sharing Stauffacher’s influences and process. Friends, fellow printers, and curators include their remembrances of a man whose influence is indelible.