Johannes Kepler Sun and Moon Manuscript Under the Hammer 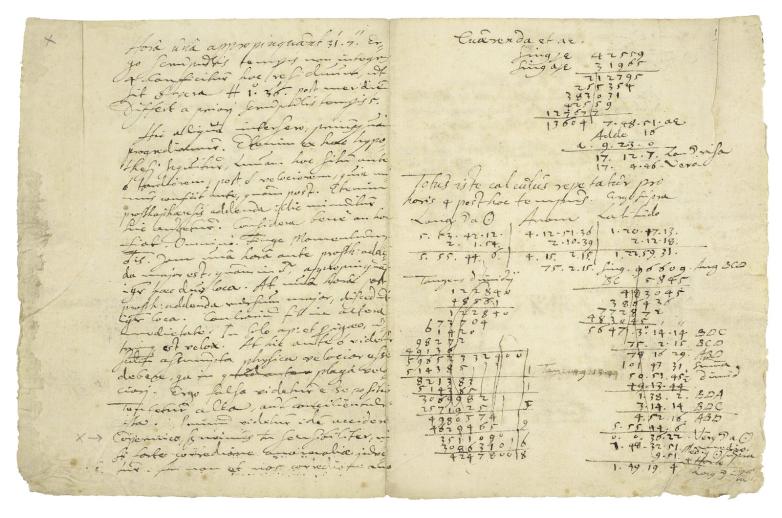 Johannes Kepler. Autograph scientific manuscript, in Latin, containing calculations and notes on the relative velocity of the moon and the sun. Estimate: $400,000 – 600,000.

New York – The Austrian novelist, biographer, and polymath Stefan Zweig, who took his own life in despair in 1942 after being hounded into exile by the Nazis, was one of the leading manuscript collectors of the 20 th century. (The collection of autograph musical manuscripts donated by his heirs to the British Library in London is among the world’s greatest).

It is not surprising then to discover that he was once the owner of the hugely important and rare manuscript by the German astronomer Johannes Kepler (1571-1630) to be offered at Bonhams Fine Books and Manuscripts sale in New York on Tuesday December 13 2022. It is estimated at $400,000 – 600,000.

The manuscript consists of four pages and is covered in jottings and calculations relating to the issue which was to become Kepler’s life work and great achievement – the movement of the planets. In 1543 the Polish astronomer Copernicus had formulated a model of the universe which placed the sun at the centre with the earth and other planets revolving round it.

Building on Copernicus’s model, Kepler set out to demonstrate how this happened in practice including the speed and trajectory of a planet’s journey. In these four pages, Kepler examines the variation of a planet's rate of motion at different stages of its orbit, a line of thought that led to his landmark three Laws of Planetary Motion. The calculations relate specifically to the longitude of the moon and the sun, and the movement of the moon within its orbit.

The four pages in the sale were once part of a larger fragment of 12 pages, eight of which are held by public institutions. These four pages are, therefore, the only ones remaining in private hands and one of only two of Kepler’s scientific manuscripts to have been offered at auction in the past 100 years. The other sold for a world record price of $882,375 at Bonhams New York in October 2022.