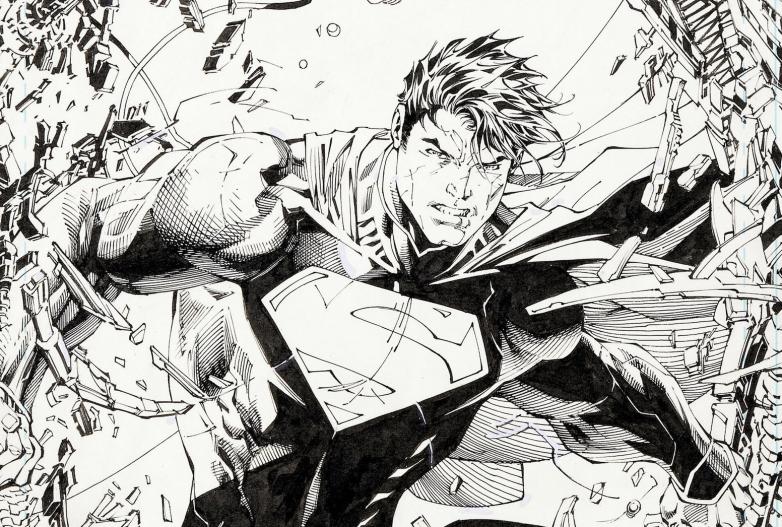 Dallas - It's a question often asked by the outside observer perplexed by the ever-increasing interest in and value of original pages of comic-book art: Why? Yet the answer remains straightforward; the explanation is perhaps even obvious. Because these are the raw, handmade images that sparked the imagination of countless children raised by superheroes and their archnemeses. They are the singular moments before these graphite-on-Bristol board renderings were replicated for spinner racks and comic-shop shelves. In a world where everything can be read at any time, these are the comic industry's true one-of-ones.

"There's this strange feeling when I see something I've thumbed past a hundred or a thousand times," says Jim Lee, "and it's this reminder that an individual sat down and created this image that was mass-produced and shared around the world." Of course, Lee is such an individual: He has been making comic books since 1987, when the Princeton University graduate with a psychology degree – true story – was hired to pencil Marvel Comics' book about Canadian superheroes. 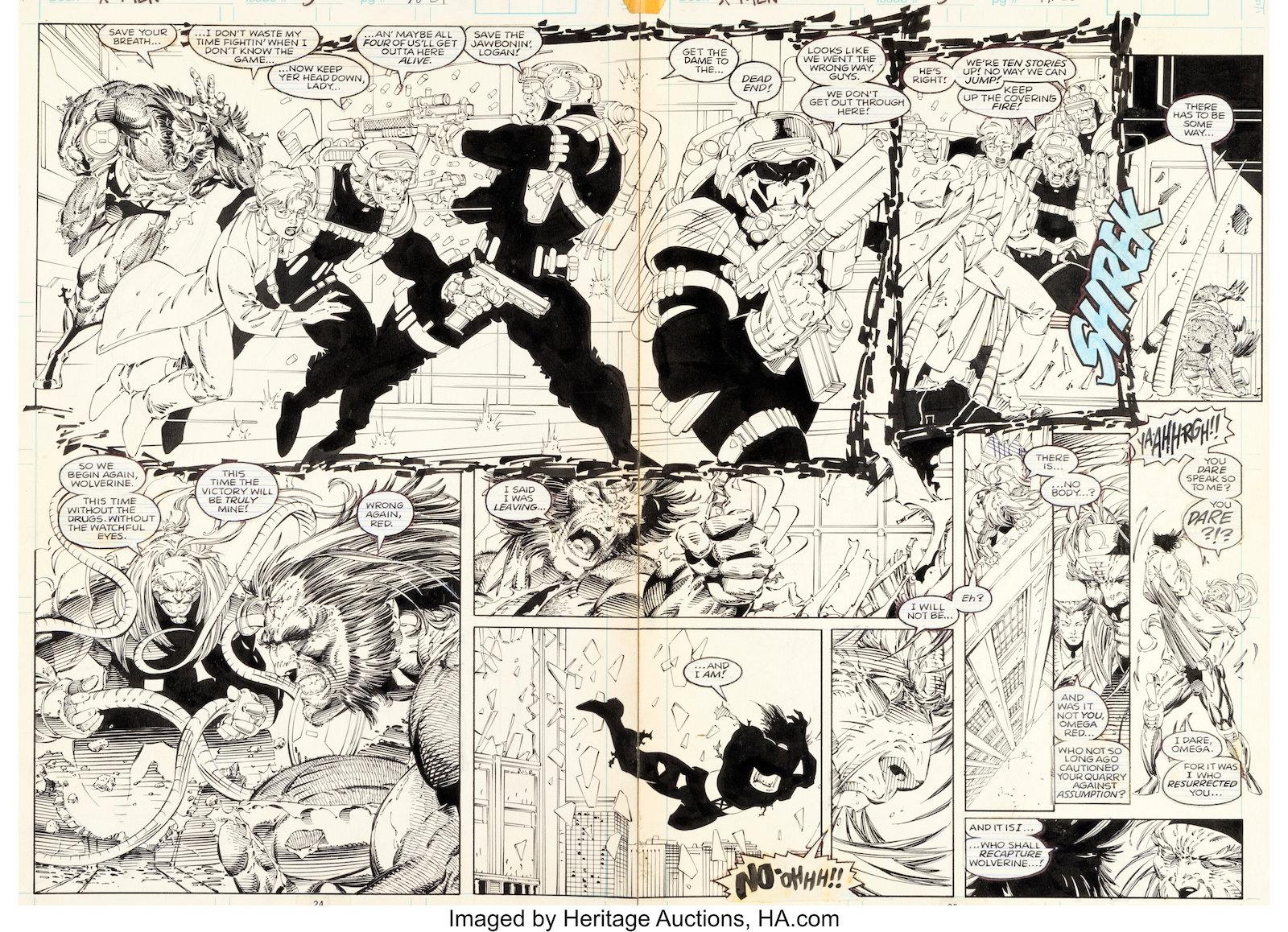 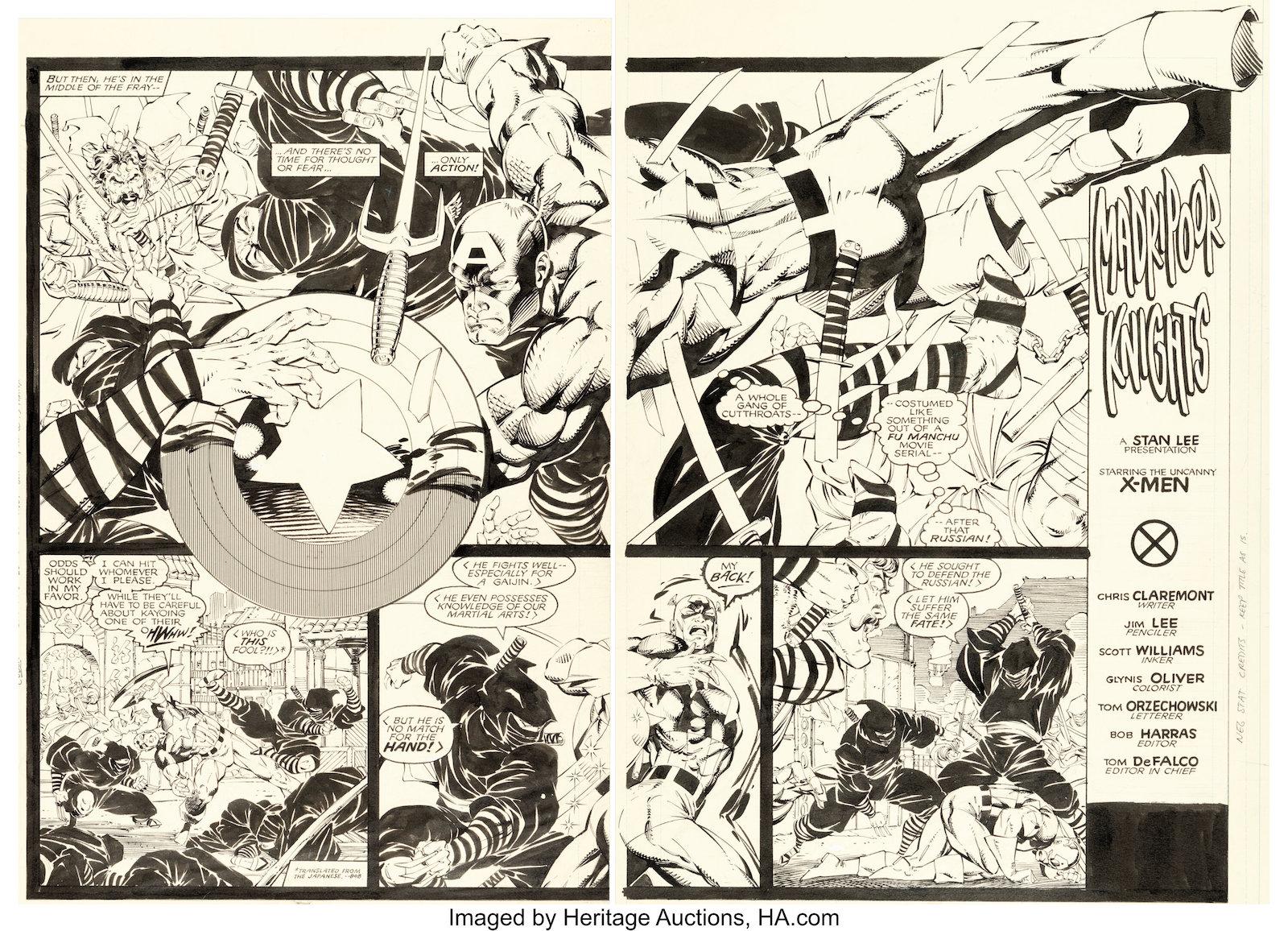 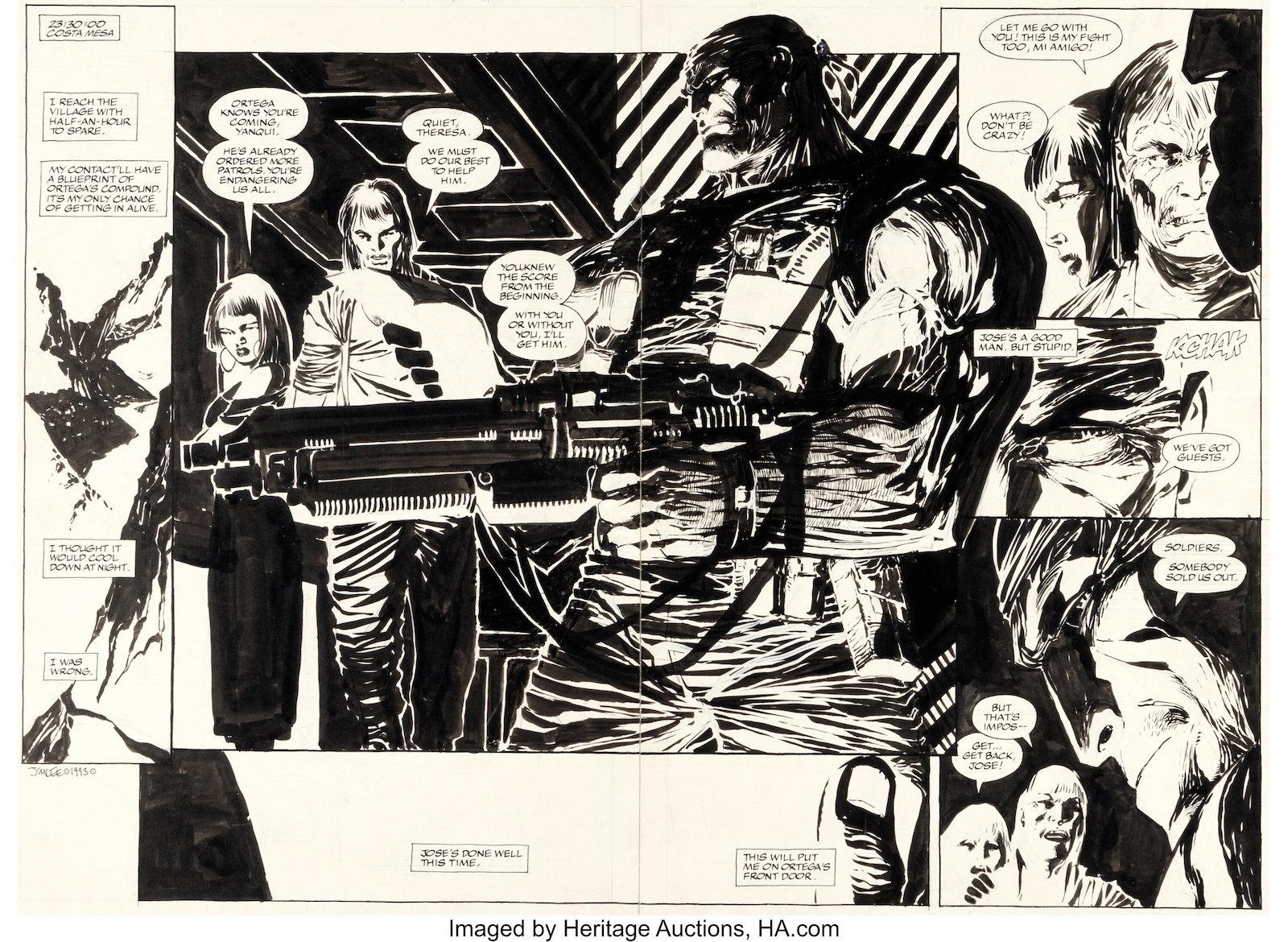 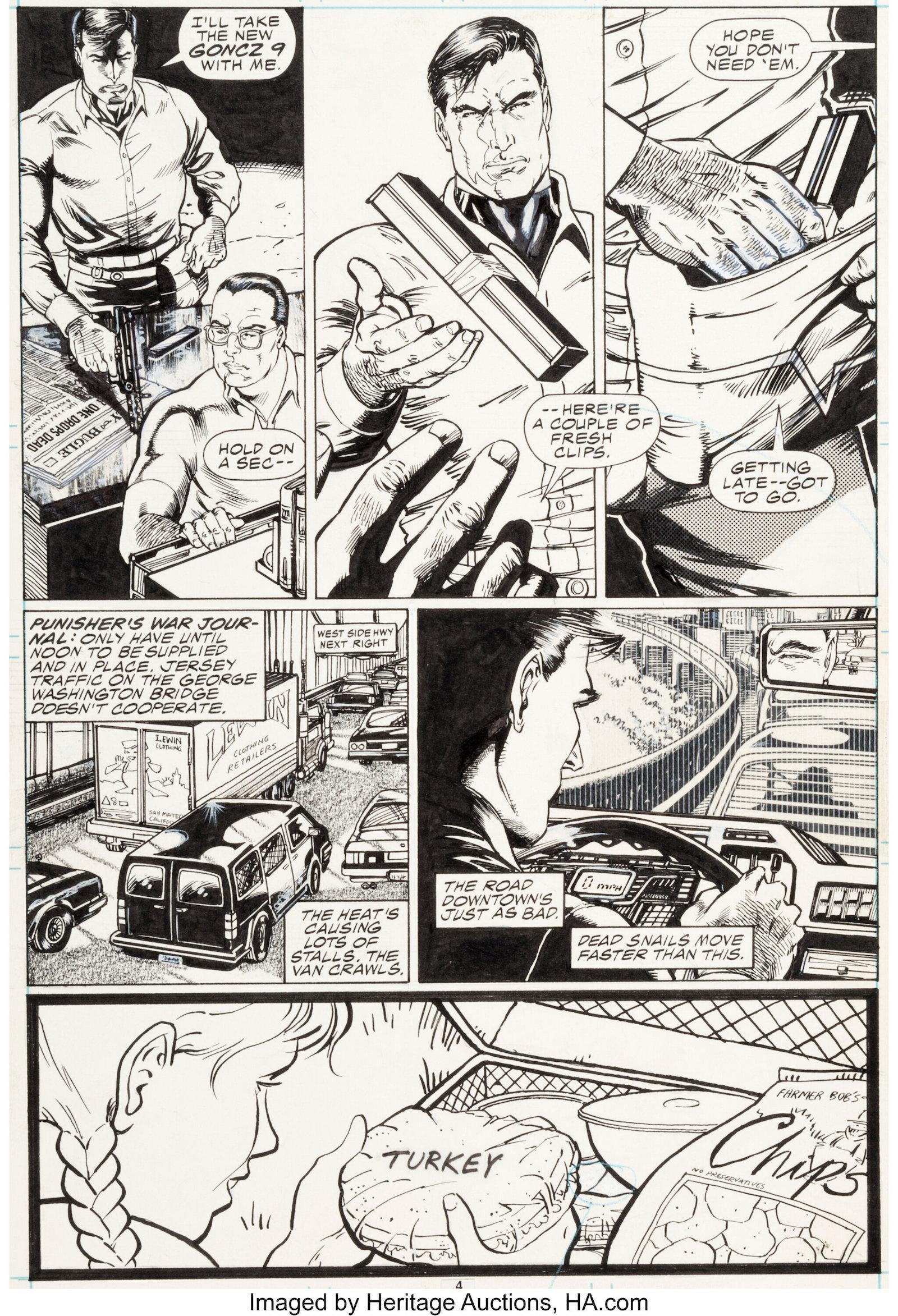 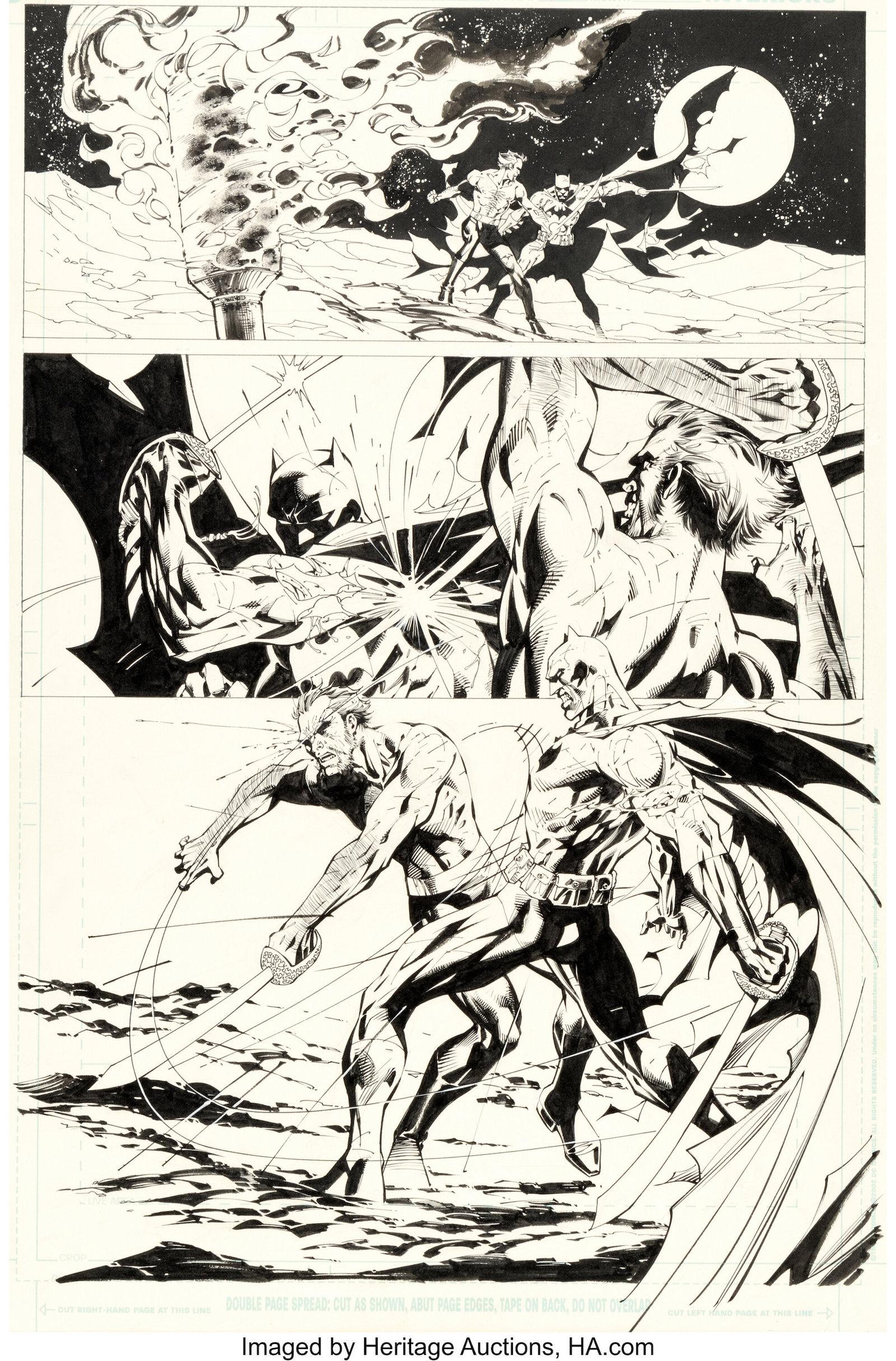 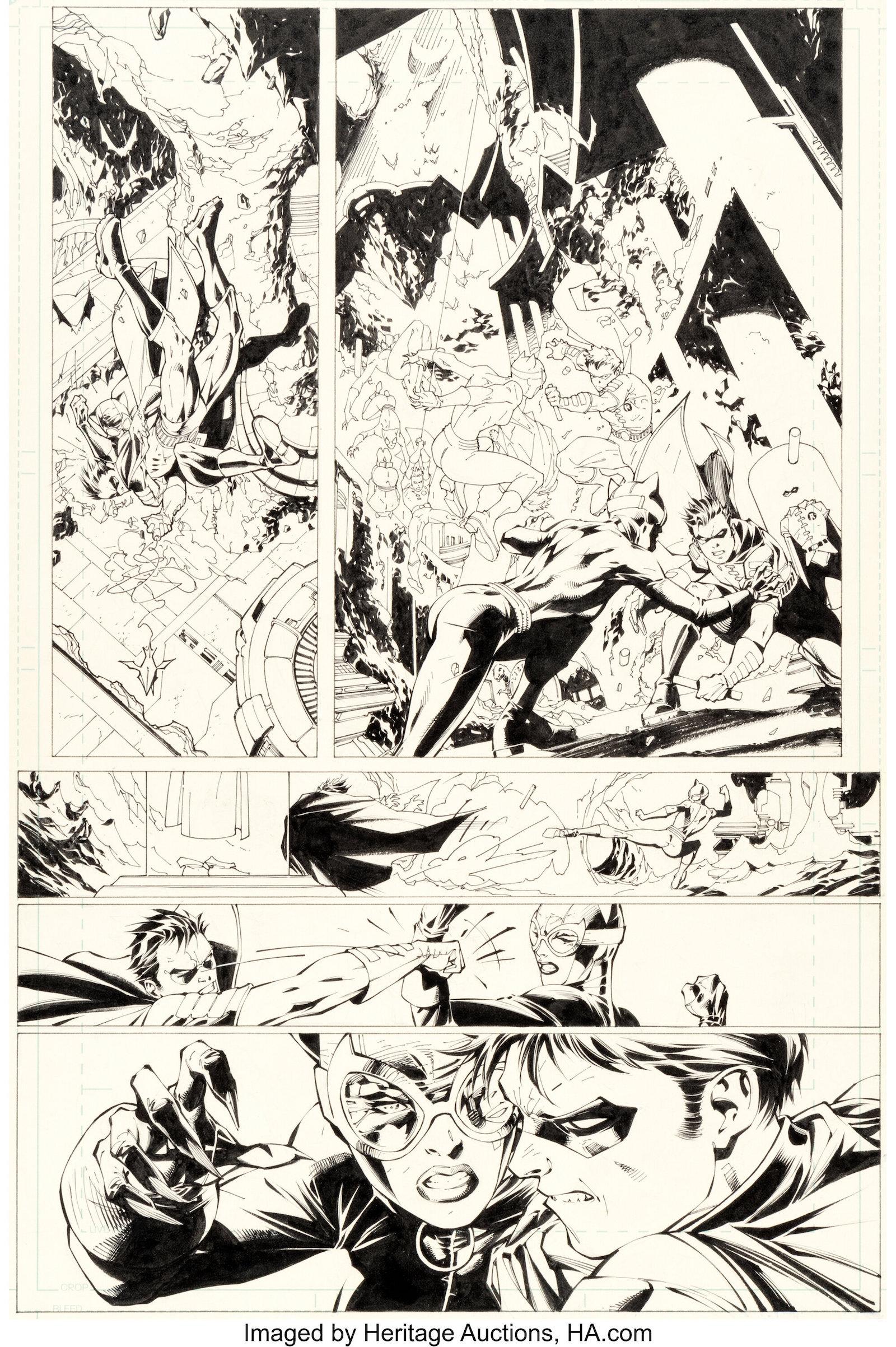 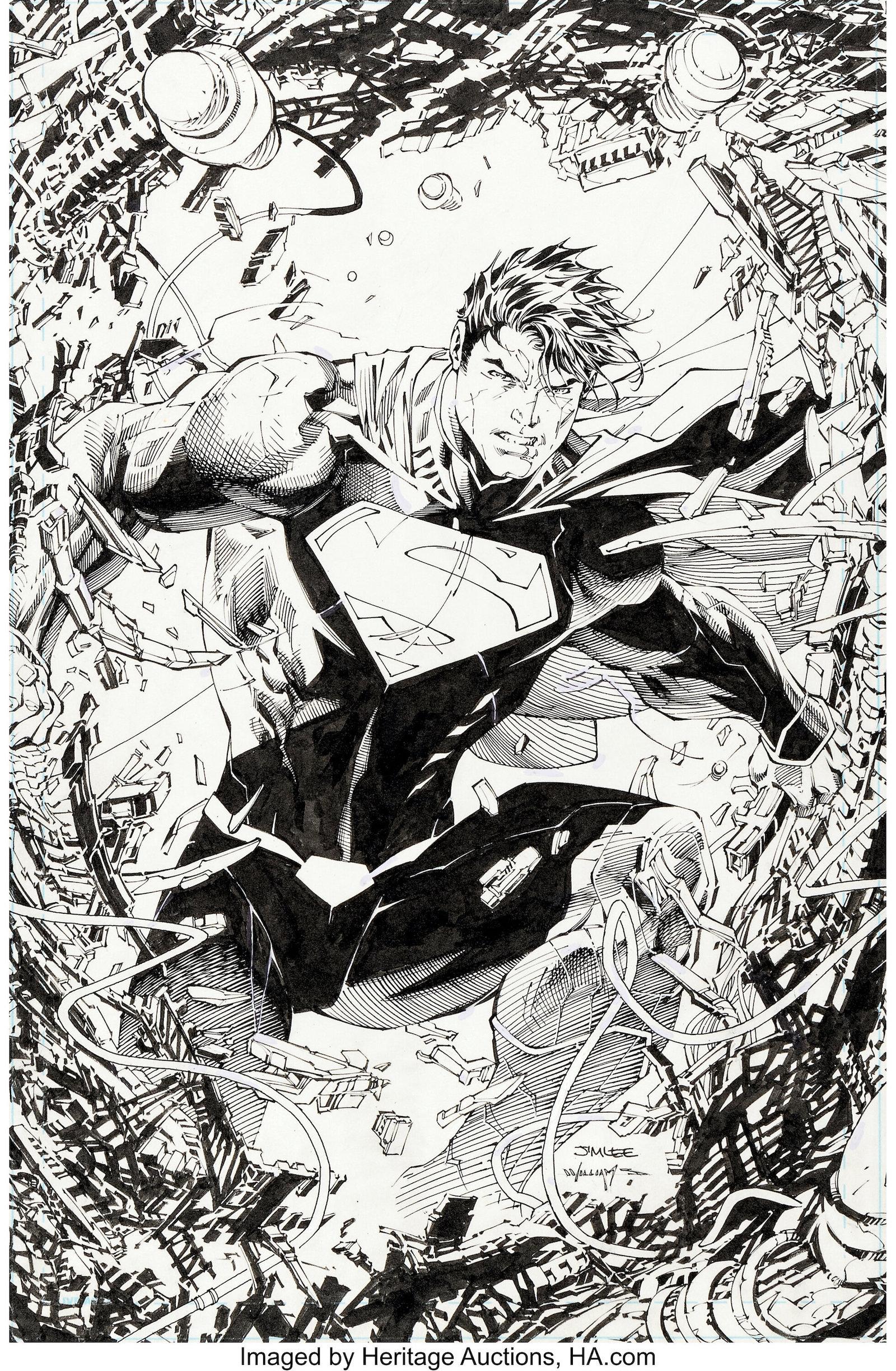 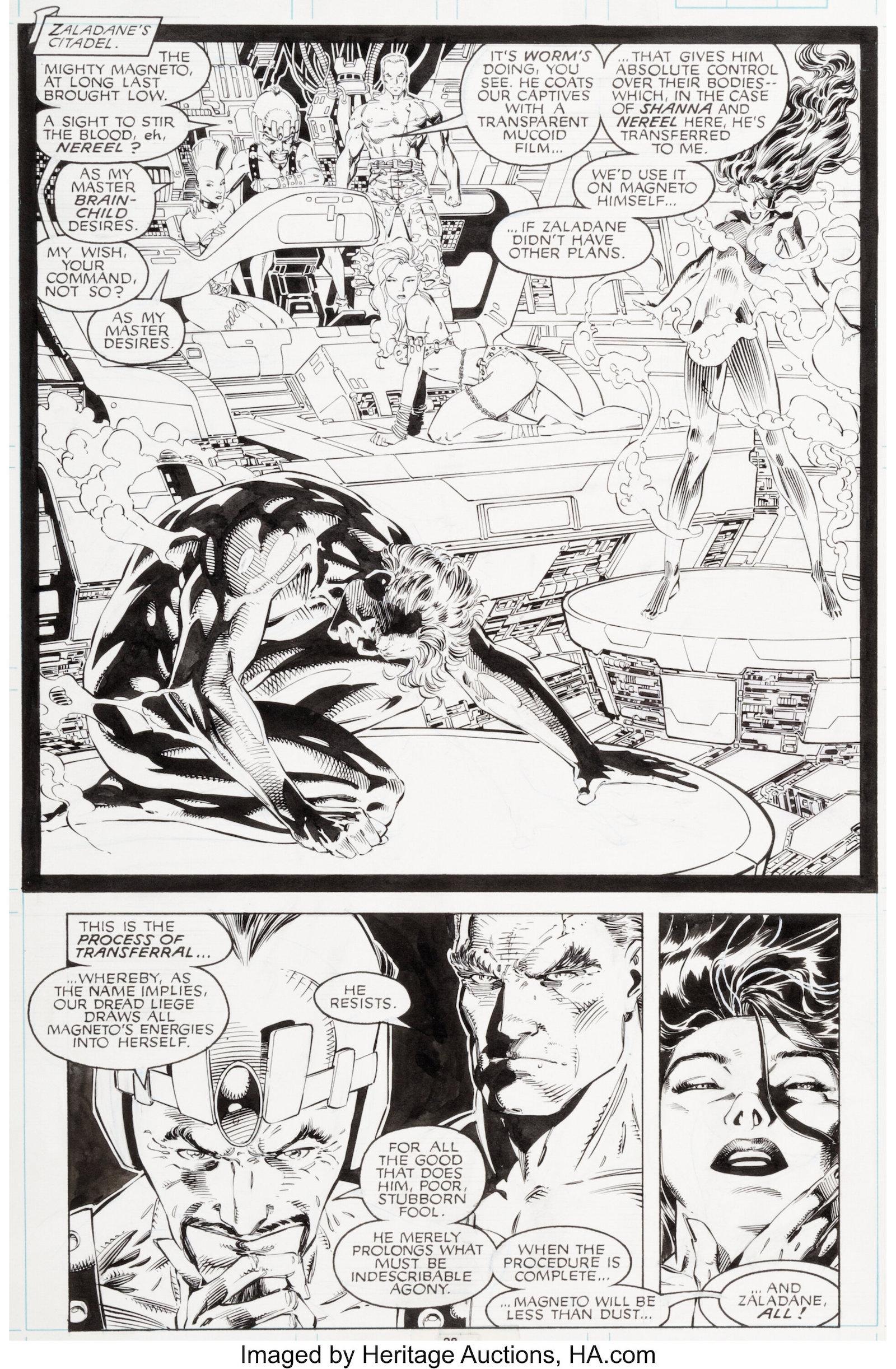 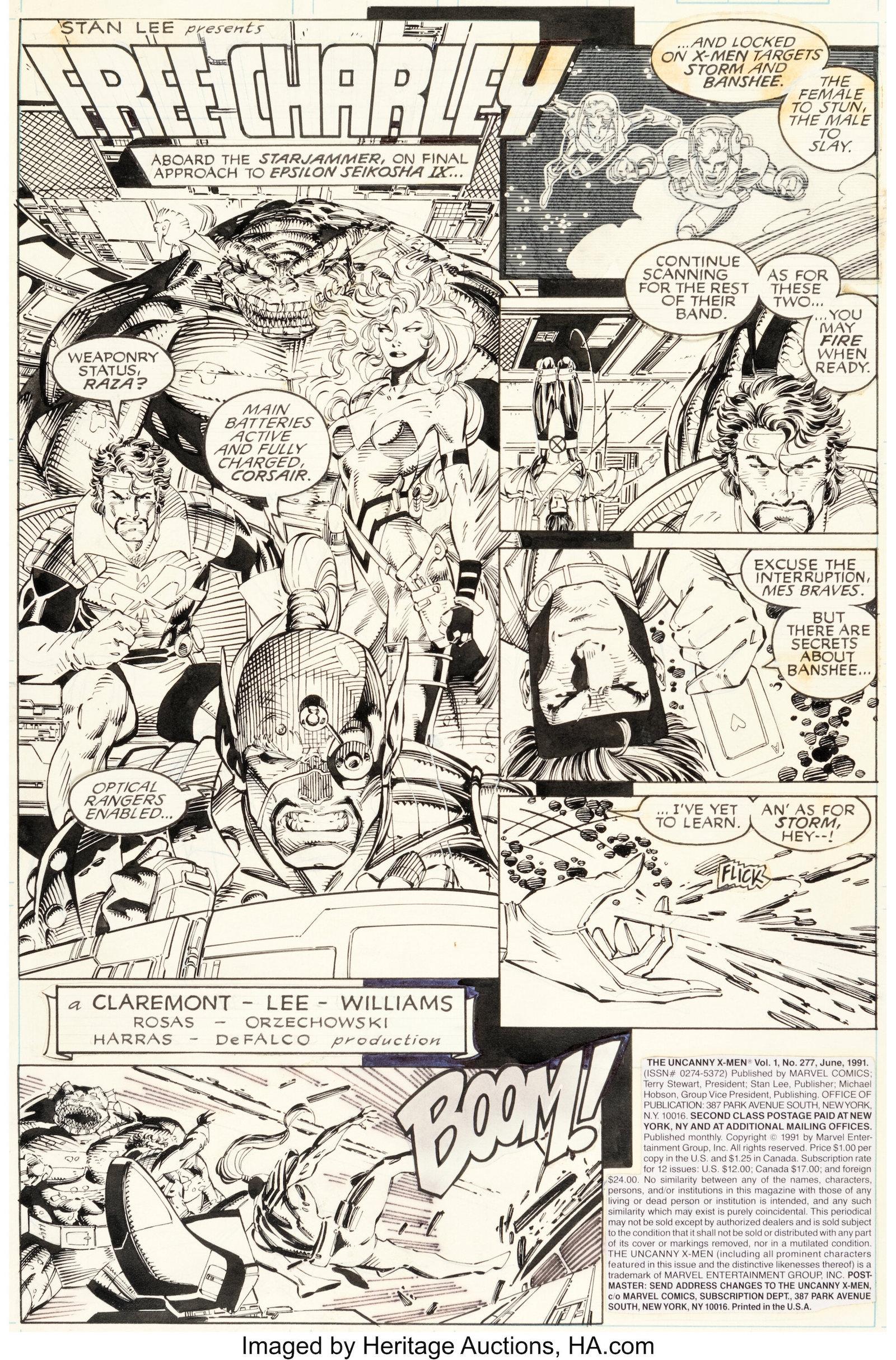 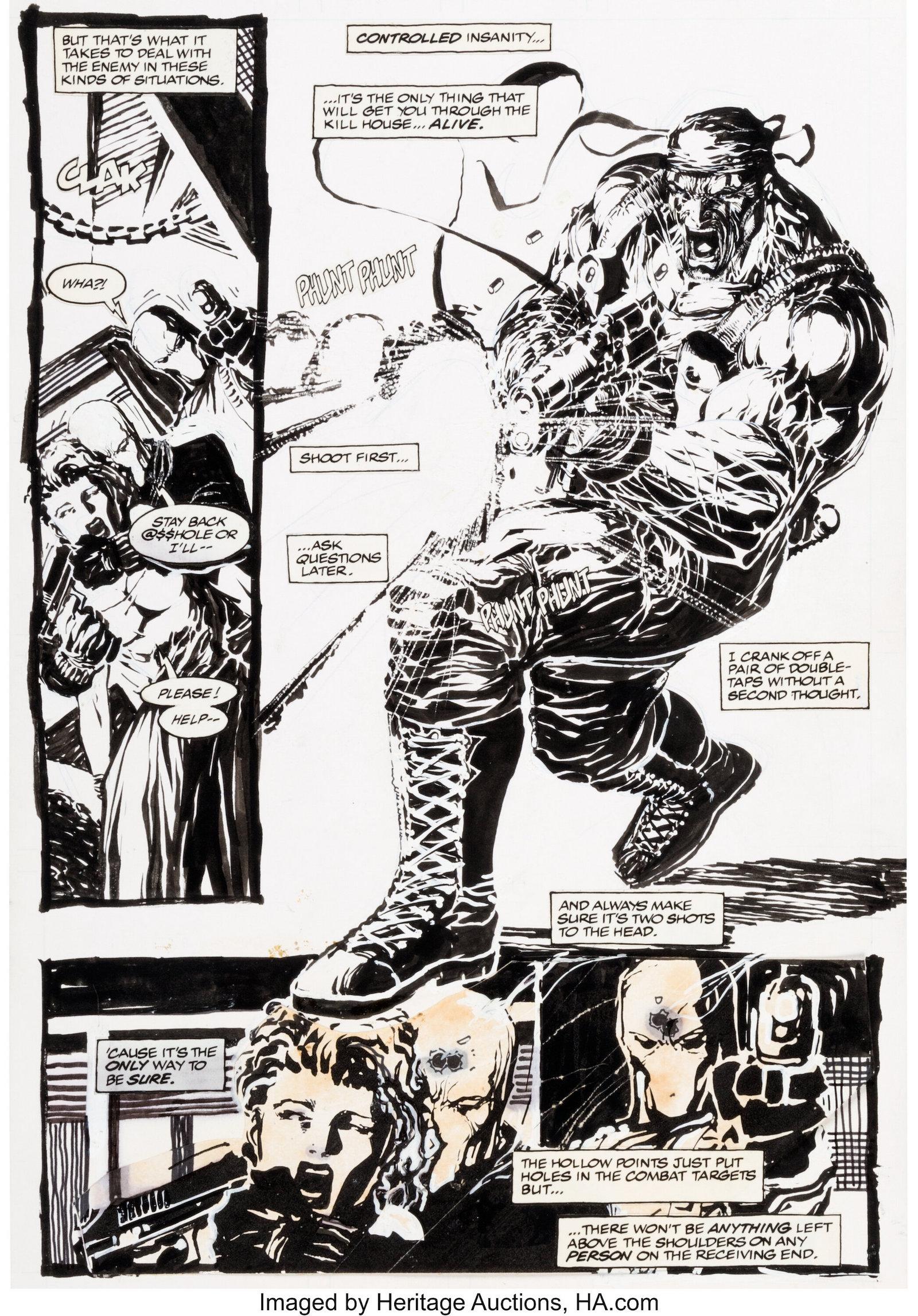 In time, Lee worked on The Punisher War Journal and The Uncanny X-Men; created the best-selling title of all time (1991's X-Men); co-founded a publishing company (Image Comics) and launched an imprint (WildStorm). Eventually, he jumped ship to DC Comics, where he worked on some of the company's most compelling and thoughtful modern-day story arcs (Batman's "Hush" and Superman's "For Tomorrow") en route to becoming its publisher and chief creative officer.

"It always trips me out that here's the original art and that someone drew this," Lee says. "It resets the clock for me every time. What we love as a hobby was all generated by human beings who have a passion for their craft and brought these images to life that didn't exist before. It's very magical." He laughs. "You'd think after all these years I've been in the business I'd get a little jaded to this, but, thankfully, I am not. It's a great reminder that this art form is beautiful and magical and that the power of nostalgia is very strong. That explains the transformation of something created in service of a story into singular pieces of art to be cherished and treasured and framed and put in museums. It's mind-boggling how beautiful this stuff is – and how powerful it is even after all these years."

Lee has long been among the industry's most revered and imitated creators; as Comics Alliance succinctly noted in 2016, "His hyper-detailed, fine-line technique has inspired legions of imitators and influenced generations of creators, making him one of comics' best-known and most recognizable personalities." Yet Lee, too, counts himself among the privileged collectors of original art for the myriad reasons enumerated above. And for those very reasons, he now offers his work through Heritage Auctions, where collectors have, in recent years, paid record prices for some of his most prized and iconic pieces.

Last June, Lee and inker Scott Williams' cover for Batman No. 619 – Part 12 in the "Hush" storyline, a triple-gatefold featuring the Batman Family – sold for $504,000. The Nov. 17-20 Comics & Comic Art Signature® Auction will feature several more Lee originals, an assortment that spans nearly the entirety of his career – from The Punisher War Journal and both X-Men titles through Image's Deathblow to his work at DC on "Hush" and Superman Unchained, for which Lee offers the potent and oft-reproduced cover for the Issue No. 1.

"As I've gotten older and started collecting other things, I realized I was heavily weighed down by my own art, so I am happy to bring it out of the vault and share it with the world," Lee says. "People are getting the chance to bid on some of the art I held on to for my own collection. I am trying to pick interesting pieces from particular moments over the years. I discovered that there are different segments of fans who like particular runs or stylistic periods. My work has evolved, and some fans like the early work or Image or DC or the X-Men. So there's a little bit of something for everyone as I curate the offerings."