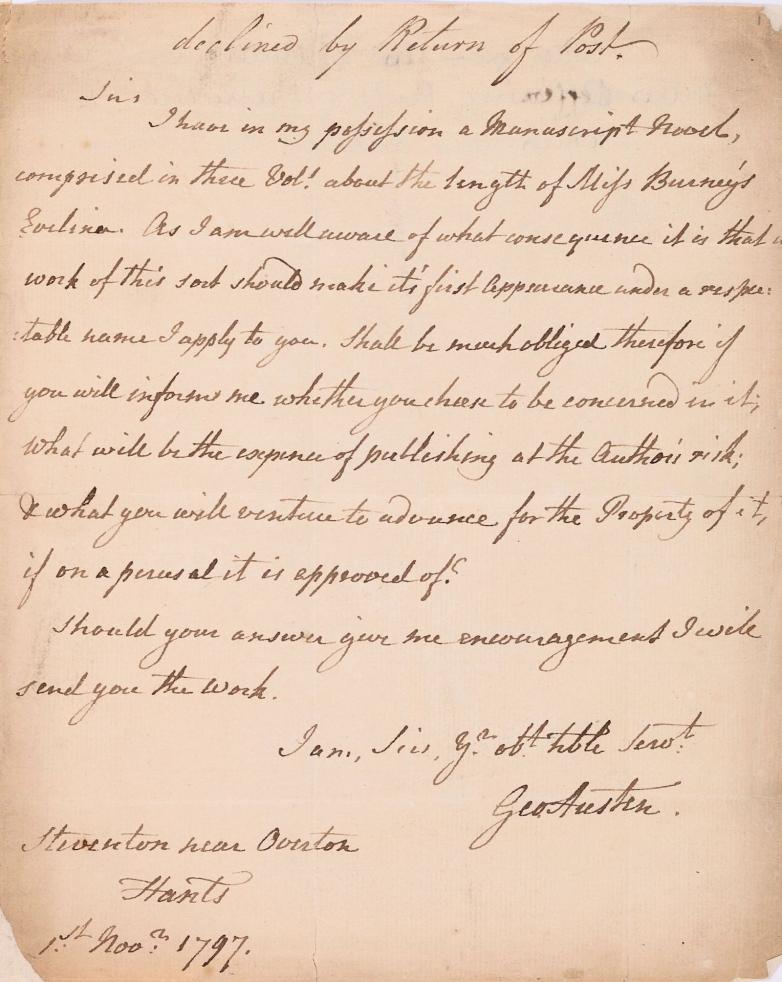 Letter from George Austen, father of Jane, from 1797 offering the novel later to be known as Pride & Prejudice for publication. (MS 279)

The daily lives of students, staff and servants at St John’s College, University of Oxford, are revealed in a new exhibition Life Stories from St John’s: the famous & the forgotten that covers the 500 years since the college was founded in 1555.

Among the letters on display is one from Jane Austen’s father George Austen, a former student and tutor at St John’s. His 1797 letter offers the novel which would become Pride and Prejudice for publication to the bookseller Thomas Cadell, asking if Cadell would “choose to be concerned in it; what will be the expense of publishing at the Author’s risk”. A note at the top of the letter indicates Cadell said no.

There is also a letter written by a Richard Amherst at London’s Gray’s Inn dated July 27, 1619 to his eldest son, also called Richard, who was studying at the college. It was sent with various student necessities including sheets, a pillowcase, and money, and congratulates the studious young man on doing well in his work. Another is from Elizabeth Griffin to her son (November 27, 1810) who was probably a member of the domestic staff. Again, the letter indicates it came with a parent parcel, this time shirts, stockings, and pocket handkerchiefs. 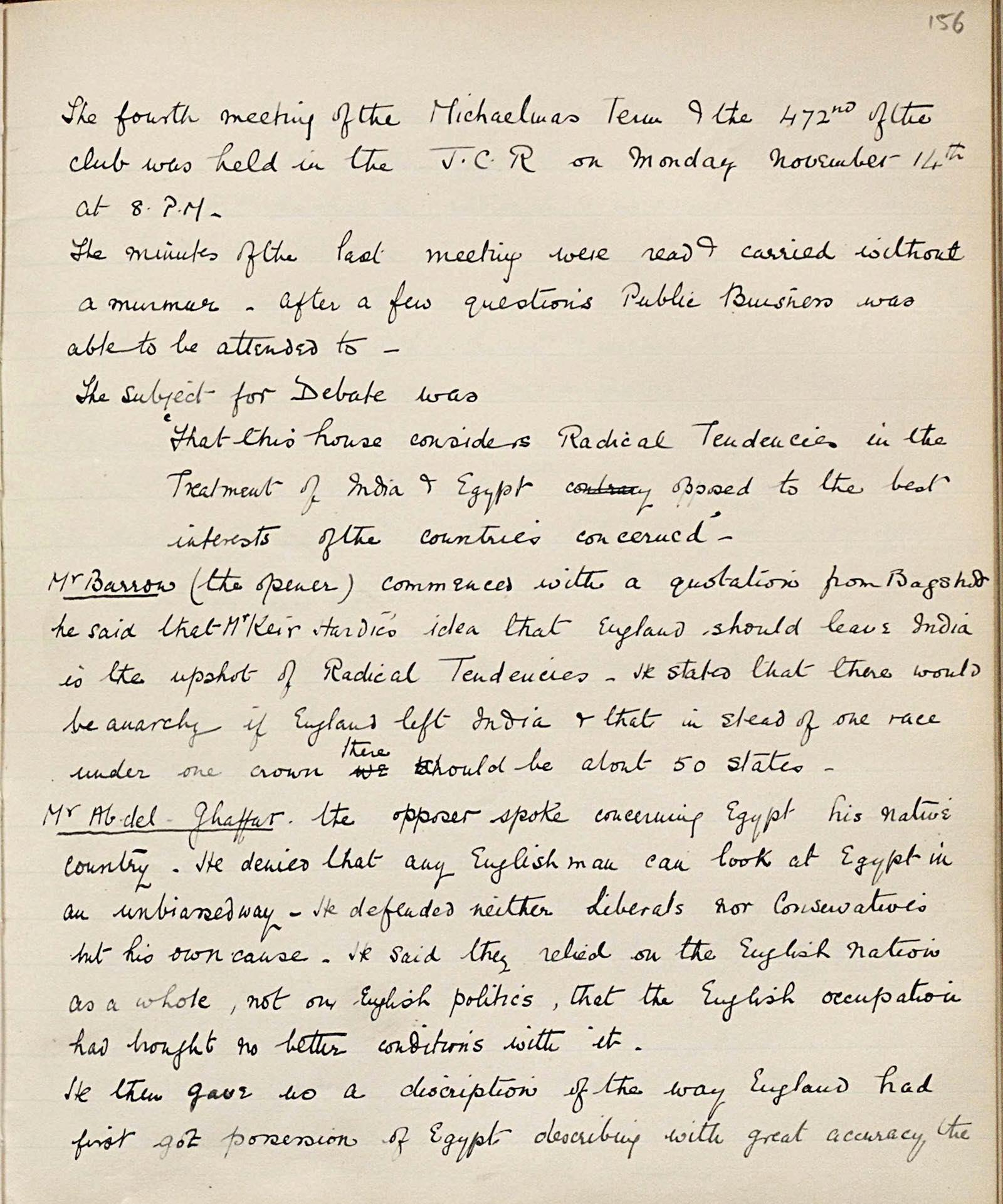 From the College Archives, the Debating Society Minute Book opened to a debate held on 14th November 1910 that concerns the British Empire (Minute Book 14 1903-1913, folio 158) 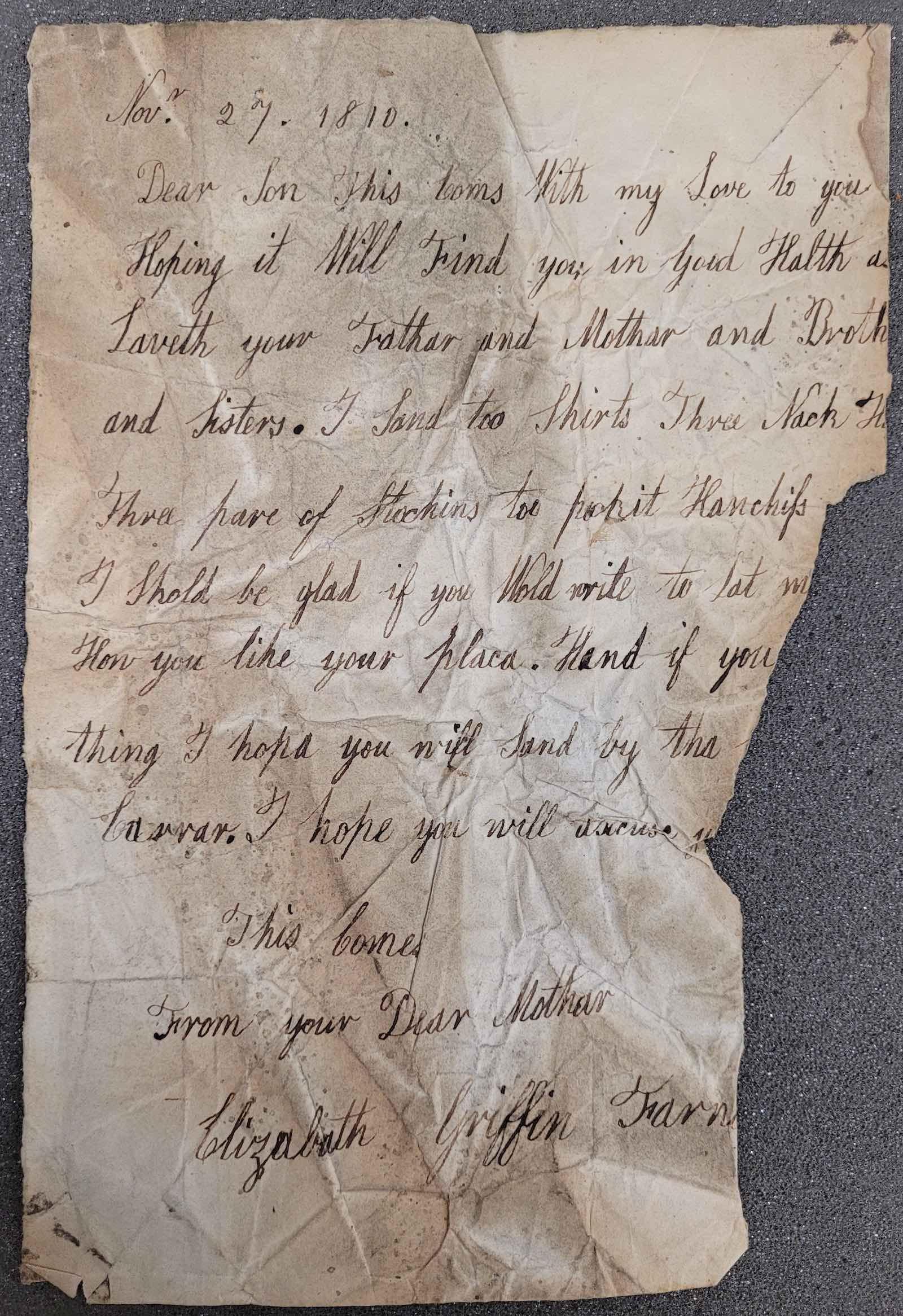 MS 338: Letter by Elizabeth Griffin to her son (England, 27 November 1810), probably a member of the domestic staff, a so-called “College servant” 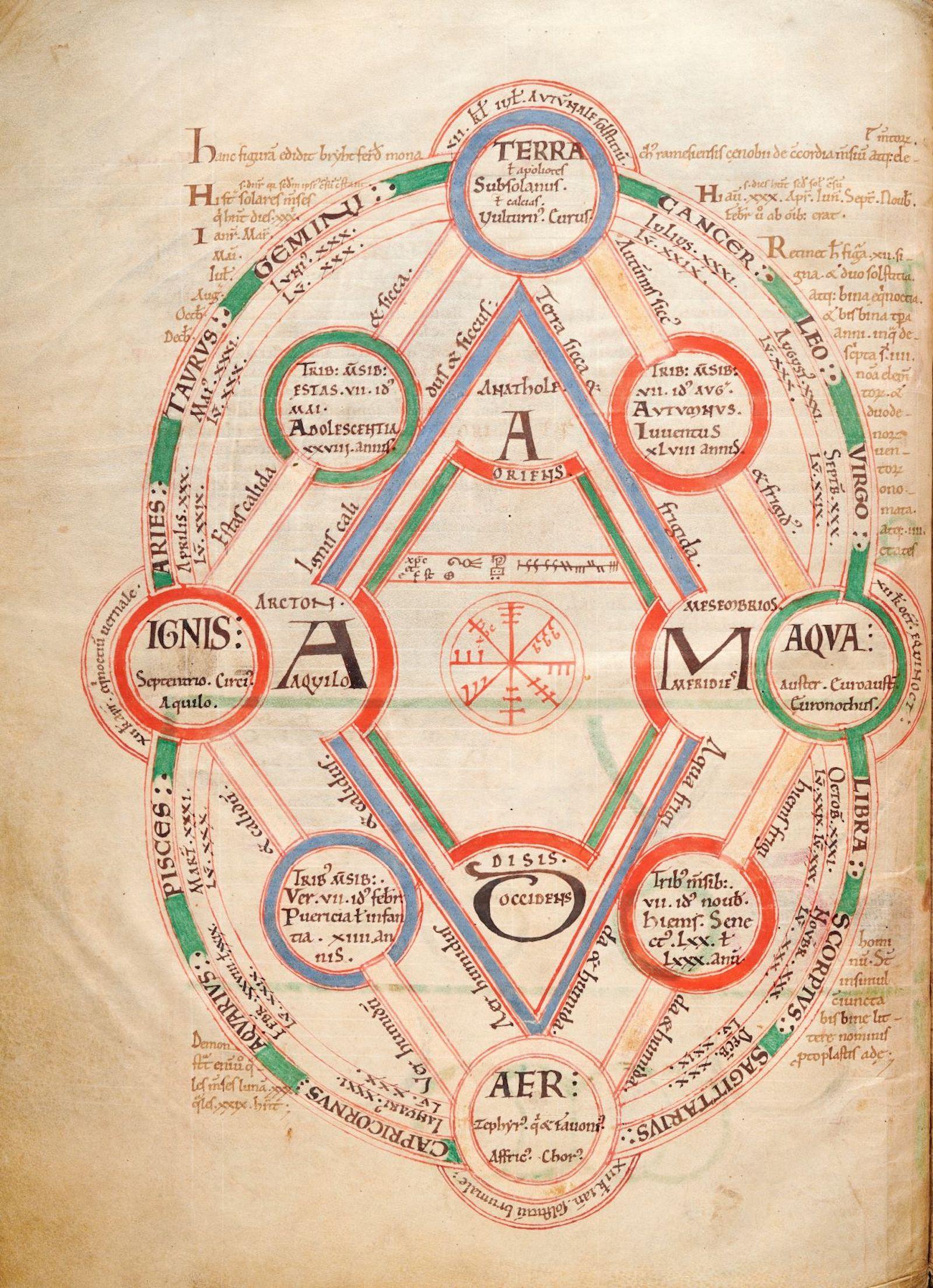 The Byrhtferth Diagram from MS 17 (Thorney Computus, produced in Cambridgeshire around 1110)

Other items on display include The College’s Debating Society Minute Book from 1903-1913 which shows an early discussion about Great Britain’s colonialism, and a 1743 declaration to bestow “her whole Fortune” by one of the college’s greatest early benefactors, Sarah Holmes, wife of college president Dr William Holmes. Visitors can also view the Thorney Computus, a collection of texts, diagrams and tables about with the reckoning of time and calendars. This was lent by former college president William Laud in 1621 to the best known book collector of the day, Robert Cotton, who only returned it two years later after receiving a letter from Laud imploring him to hand it back. Cotton eventually complied, but only having cut out various sections first (now held by the British Library as is Laud's letter).

The exhibition, curated by College Librarian Dr Petra Hofmann, runs until December 9, 2022. Visitors are welcome to view the exhibition but must email library@sjc.ox.ac.uk in advance to arrange a day and time for their visit. The college also has a Special Collections Twitter account at @StJohnsOxLib.