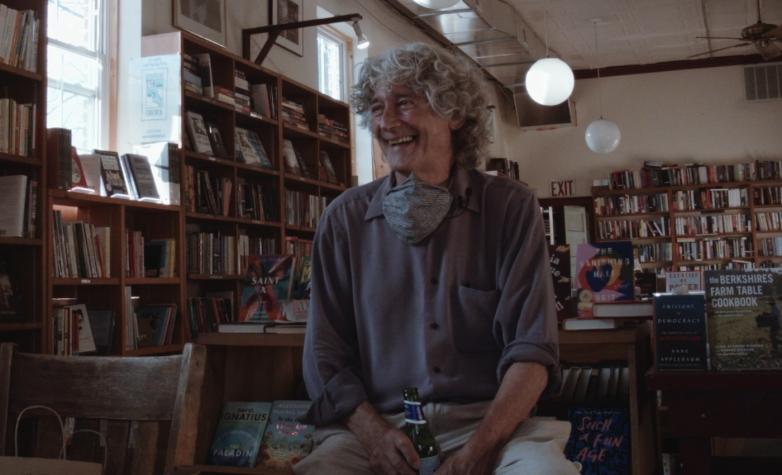 On April 29, an endearing documentary called Hello, Bookstore will debut at New York City’s Film Forum. The film follows bookseller Matt Tannenbaum, who has owned and operated The Bookstore in Lenox, Massachusetts, since 1976, as he reads aloud (Russell Hoban, Elizabeth Smart, John Crowley, Leonard Cohen), chats with community members, and picks through a backroom full of antiquarian volumes. It’s ideal for those of us who find comfort in a great bookshop and enjoy whiling away hours among the shelves.

A similar sentiment prompted director A.B. Zax to make the documentary. “I have always felt at home in a bookstore,” he commented in a press release. “By that living, breathing sense of connection to stories and voices, old and new. For me, that sensation has never been stronger than inside The Bookstore in Lenox, Massachusetts. After spending many blissful hours listening to Matt Tannenbaum's tales and watching him hold court at The Bookstore, I was struck by a vision to capture its essence: this person, this place and the community that it serves.”

Zax began initial filming at the Berkshires bookstore in 2019, taking a ‘days-in-the-life of’ view of the shop. Tannenbaum is a lovable raconteur who brings joy and humor to the screen. Bibliophiles will especially enjoy the tangent on Gotham Book Mart and Frances Steloff, where Tannenbaum, a self-described “young stoner,” learned the book trade in the early seventies. Tannenbaum wrote about that experience in his 2009 memoir, My Years at the Gotham Book Mart with Frances Steloff, Proprietor.

The filming halted when the pandemic began and then, by necessity, Zax’s documentary transformed into something else — the heartwarming tale of how a community saved its beloved bookstore.

After screenings in NY and Los Angeles, Hello, Bookstore will become available to stream on Amazon and Apple TV on June 28. Check out the trailer below.