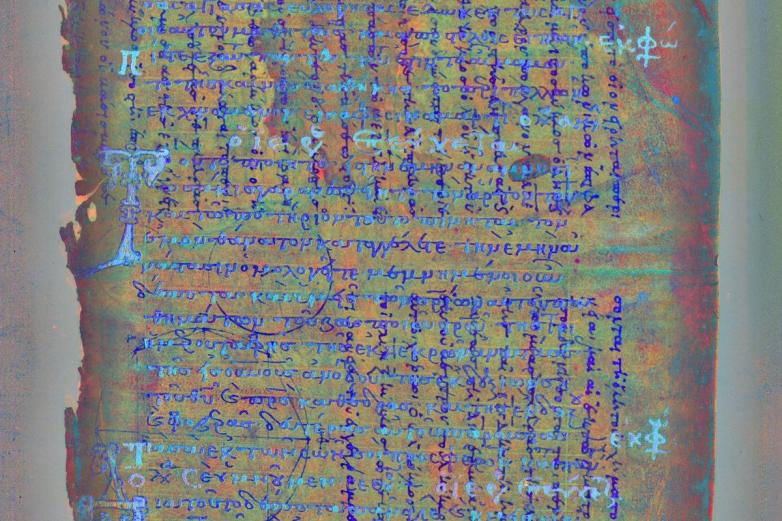 Courtesy of the Cambridge University Library

Detail of the Archimedes palimpsest, a Byzantine prayer book from the thirteenth century reused by a Greek mathematician.

A new exhibition staged online by Cambridge University Library looks at the history of palimpsests, and how Muslim, Jewish, and Christian scripts were all variously overwritten and underwritten. It also examines how the science involved in revealing their secrets has moved on from magnifying glasses to cutting-edge imaging technology. 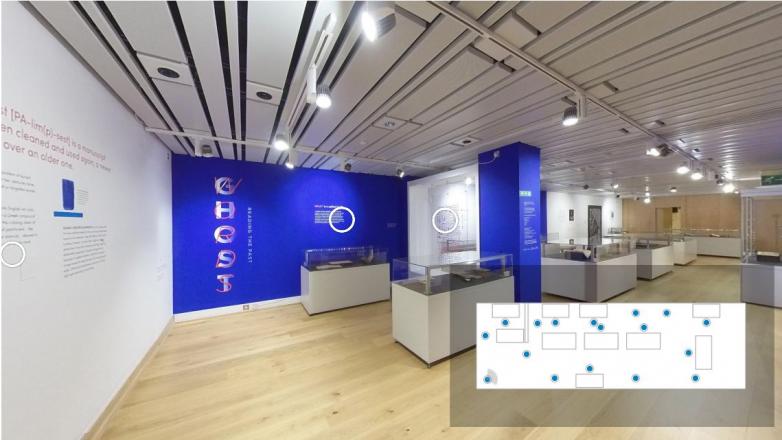 Ghost Words: Reading the Past features around thirty palimpsests, the earliest dating back to the fifth century CE, the most recent from the eighteenth century. It focuses on four in particular:

* the Codex Zacynthius from the eighth century CE including a copy of the Gospel of Luke and early church writings (this digitization was featured in a previous Fine Books post.)

* the Archimedes Palimpsest, a Byzantine prayer book from the thirteenth century written over by a Greek mathematician

* the Hexapla edition of the Bible produced by third-century Christian scholar Origen of Alexandria—this is the oldest of only two copies in existence and the overwriting includes lost poems of the late sixth-century Jewish liturgical writer, Yannai

The exhibition also features a Jewish marriage deed, a Byzantine liturgical book with musical notation from the thirteenth or fourteenth century CE, and a fragment of St. Augustine’s sermon for Easter Sunday from the sixth century CE. Digital images of all the palimpsests featured in the exhibition can be viewed in the Cambridge Digital Library.

When lockdown restrictions allow, the exhibition will open ‘in real life’ at Cambridge University Library.