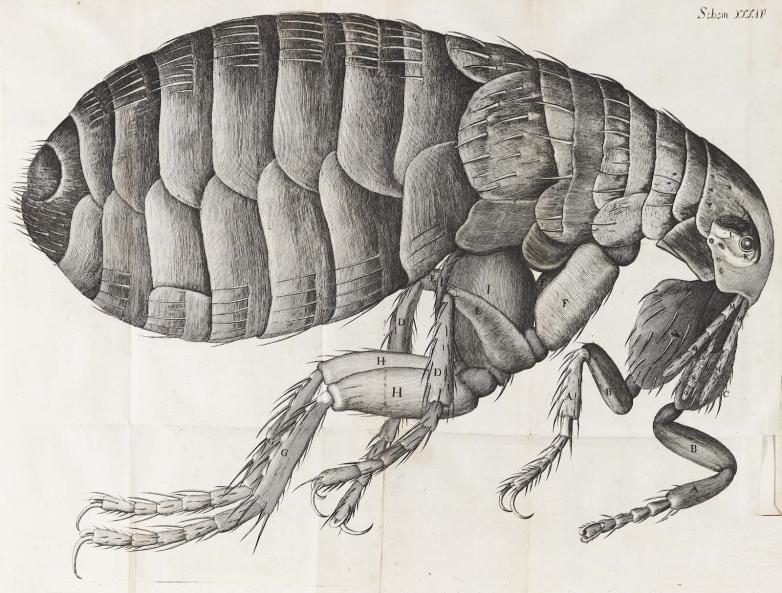 The fly in Robert Hooke’s Micrographia

A first edition, first issue of Robert Hooke’s Micrographia, one of the most important scientific texts ever written, comes to Auktionshaus Kiefer this month.

The 1665 volume’s full title is Micrographia: or Some Physiological Descriptions of Minute Bodies Made by Magnifying Glasses. With Observations and Inquiries Thereupon. It features 17th century scientist, mapmaker and astronomer Hooke’s work using a variety of lenses and was the first book with illustrations of insects as seen via a microscope, popularising the instrument's importance.

The book is perhaps best known for its entertainingly poetical descriptions of a fly, louse, and plant cells – indeed, Hooke coined the term ‘cell’ for the first time in the book. There are also large fold-out copperplate illustrations as well as sections on the stars and moon, light theories, and fossils. The estimate is 24,000 – 36,000 euro.

This work is part of a larger collection, containing mostly scientific works regarding medicine and chemistry. This part of the auction is ‘From the collection Prof. Dr. Dr. Johannes Büttner Part 1’, held on December 15.

Other noteworthy items include:

* GM Savonarola’s De febribus, from 1498 with numerous woodcut initials, one of the best compendia of practical medicine in the 15th century and famous for its descriptions of Italian spas. Estimate: 2,000 – 3,000 Euro