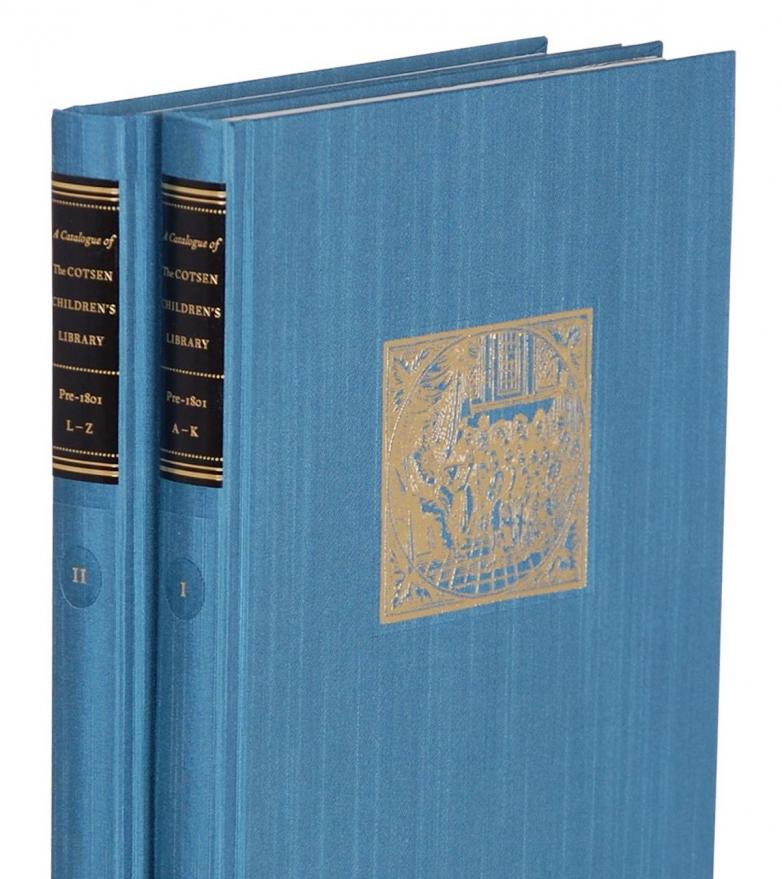 In March 1994, Neutrogena CEO Lloyd Cotsen's massive trove of children's literature arrived at its new residence at Princeton University's Cotsen Children's Library. Part of the donation agreement included the publication of a printed catalogue. After three 18-wheelers deposited more than 120,000 items at the campus, that massive task began taking shape.

Volumes 1 and 2 appeared in 2000 and 2003, respectively, describing the 12,000+ books hailing from the twentieth century, and just last year work was completed on the two-volume set covering the nineteenth century.

Now, with the recent publication of the two-volume set exploring the pre-1801 imprints, Cotsen's promise is fulfilled.

Just as with the previous catalogues, these offer book historians ample opportunity to understand how children were taught to read as well as offer a sense of the world of children in the eighteenth century. Over 1,300 detailed entries are found herein, meticulously demonstrating the gradual progression towards the notion that a children's book can be both instructive and engaging.

Once again, Mark Argetsinger designed the books to perfection, here bound in blue Japanese cloth and graced on the front covers by gold stamp decoration. This two-volume set may be purchased for $125 from Oak Knoll Press.

An index covering all 20,082 entries is slated for publication in 2021. Bibliography is a marathon, not a sprint, but the results are very much worth the patience and effort.