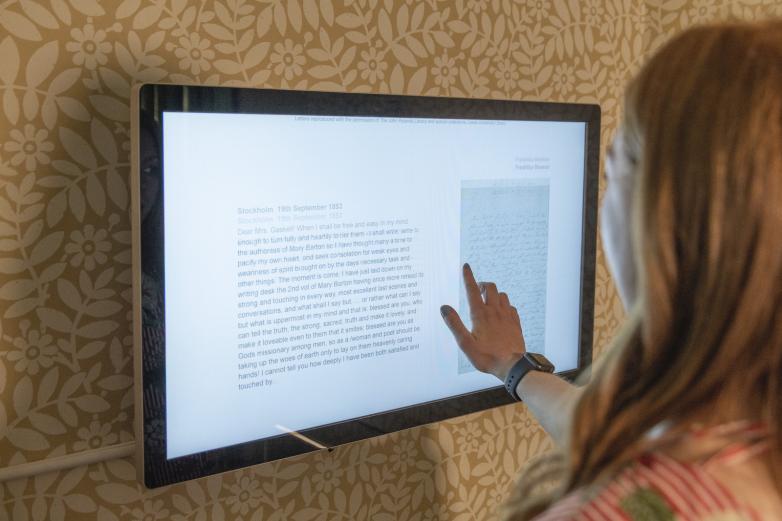 A new interactive exhibition has opened at Elizabeth Gaskell’s House in Manchester exploring the writer’s role as a radical changemaker in Victorian society.

The permanent exhibition in the new Brontë Room space looks at how the author of North and South and her daughters played a key role in the foundation of the trade union movement, supported soup kitchens and had a strongly philanthropic outlook.

Interactive screens will enable visitors to see some of the correspondence between Gaskell and her circle of friends between 1851 and 1853, including Charles Dickens, Charlotte Bronte and Swedish writer-reformer Fredricka Bremer.

“We've made these letters more accessible to our visitors by showing the letters alongside easy to read transcripts as their handwriting is very hard to decipher,” said Sally Jastrzebski-Lloyd, House Manager at Elizabeth Gaskell’s House “The themes of the letters include feminism, women getting the vote, Elizabeth’s writing and home life. But overall they demonstrate how Elizabeth was connected to these prominent writers and give people an opportunity to understand how influential and important she was.

“As well as extending perceptions of Elizabeth and exploring different aspects of her life, it helps to paint a fascinating picture of Victorian life, of women that shared not just passions in their work, but passions for change and improvements to the world around them. Elizabeth Gaskell was very much a woman ahead of her time, which is perhaps why her novels have held such relevance to generations of readers ever since.”