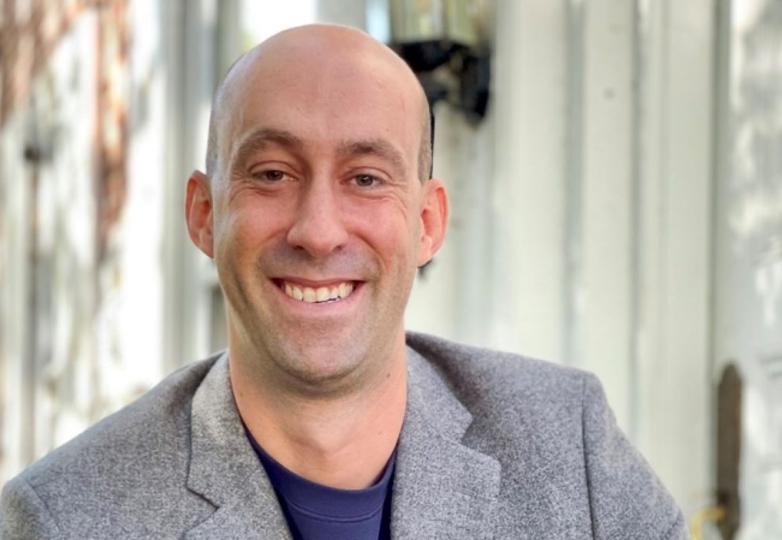 During my senior undergraduate year at the University of Delaware I took a history course on 19th century Britain. Most of the course material was Victorian literature rather than traditional history textbooks. While I was familiar with Dickens and a few other prominent Victorians, the course drew my attention to lesser-known authors as well as the literary cultural movements of the time.

I left the course with an appreciation of 19th century British literature, but as I was to attend law school, and a career in academia was not in my future, the literature and physical books of the period were my connection to the past, so I decided, without any idea what it really meant, I would be a book collector.

During law school, and with a surprising amount of free time, I began accumulating books, both for a personal collection (as I was/am always a collector) and those ultimately intended for sale. I also became very interested in the rare book trade itself. I watched all the ABAA-member interview videos and read Carter, Rosenbach, Newton, and other bookseller memoirs. Likewise, before ever attempting to sell a book, I read Gaskell, Bowers, Tanselle, etc., on bibliography, acquired essential reference books, and studied as many bookseller catalogues as I could find.

A downside of graduating law school during the great recession was that legal job prospects were nil. An upside was that I had a generous amount of time to pursue other ventures – namely, to begin bookselling.

When did you open Nelson Rare Books and what do you specialize in?

I opened Nelson Rare Books in 2012, though it has undergone a substantial transformation to come to its present form.  When I first opened, I maintained a very general stock consisting of everything I scouted, primarily modern firsts from estate and library sales. Several years later, I sold off, and did not replace, a substantial amount of the general, modern stock, so that I could focus on a specialty.

The specialty is 18th through 19th century British and American lesser-known literature and the cultural movements of the literary class at the time (e.g. Pre-Raphaelites, Arts & Crafts, gothic literature, gothic revival, street literature, chapbooks, the multitude of private presses, etc.).  Rather than seek out the high spots, I focus on the unpopular, the obscure, and the forgotten – the scarcer the better – and which allows collectors or institutional buyers to be the first to research and discover the material.  In that same regard, I also specialize in commonplace books, friendship albums, scrap books, and manuscripts.

The history, enthusiasm, and collegiality.  I enjoy being part of, and learning more about, the bookselling tradition which goes back centuries, from Richard de Bury’s Philobiblon in the 14th century, A.S.W. Rosenbach’s exploits in the 20th century, to Garrett Scott’s Twitter feed in 2022.  Bookselling is also full of booksellers, collectors, and librarians who share an intense enthusiasm for the book, and it is invigorating to learn, share, and work with them every day. Finally, and foremost, I love the collegiality – nowhere have I been part of a more genial community.

Monday through Friday is a juggling act.  In addition to being a bookseller, I maintain a boutique legal practice focusing on transactional corporate and technology law. Weekdays start early at home so that I can bid live at British auction houses before heading into the law office, where throughout the day I service legal clients, while responding to prospective book buyer/seller inquiries, participating in various book-related committees, and buying online through bookseller lists or American auctions. After I leave the office, it’s back home for cataloguing (sitting on the couch surrounded by reference books is wonderful), photographing new inventory, and shipping out orders. On weekends, it’s time with my wife and daughter, and of course book scouting.

Rather than a favorite individual book, I have a favorite category – books owned by authors. These are usually books of nominal value except for the ownership. I’ve had books from the libraries of Walter Scott, Robert Louis Stevenson, Thomas Hardy, Anthony Trollope, J.M. Barrie, and George MacDonald, among others. In my personal collection, I have a book previously owned by Effie Gray, a famous, if somewhat notorious, figure in Pre-Raphaelite history, who was married to John Ruskin (but the marriage was allegedly never consummated) before marrying artist John Everett Millais.

As a collector at heart, I love all the books that I buy and sell and would gladly add them to my personal collection. But of course, being a bookseller, I must sell books, so I made the conscious effort to limit my collection to two areas. I collect first editions of Elizabeth Gaskell (if anyone has a first in book form of North and South give me a call!). I also collect books owned by William Morris and his immediate family. While books owned by William Morris and his younger daughter/designer, May Morris, come up for sale fairly often, it took quite some time to obtain books owned by Morris’s wife, Jane, and older daughter, Jenny.

Spending time with my three-year-old daughter. From going to the park down the street to road trips to South Carolina, I love watching her explore and learn. I also spend as much time as I can on Long Beach Island, New Jersey, where I surf, fish, walk the beach, and relax year-round.

I think the future of the rare book trade is bright. In 2021, I was fortunate to attend the Colorado Antiquarian Book Seminar, which was filled with eager, diverse up-and-coming booksellers. There is also a thriving rare book community on Twitter, Instagram, and Discord, and many new booksellers who are creatively using social media to reach new audiences. While the world was closed during the pandemic, it was great (and therapeutic) to connect through social media and monthly bookseller/collector Zoom chats with millennial and Gen Z booksellers around the world.

I will be presenting at the inaugural Philadelphia Rare Book Fair at the Trinity Memorial Church in Philadelphia on December 8-10. There is an entry fee for preview night, but Friday and Saturday are free entry to the public. If you’re in town, come say hi!