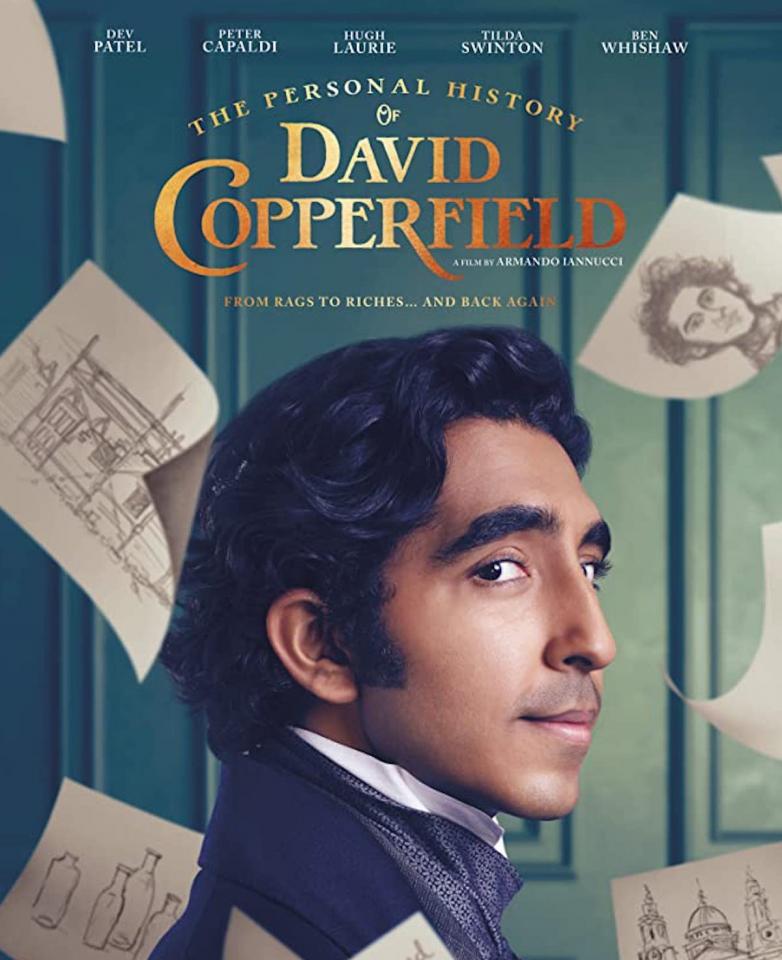 Coming soon to a theater near you — if it’s open, that is — is a new film adaptation of Charles Dickens’ novel, David Copperfield, directed by Armando Iannucci and starring Dev Patel as the titular character. The cast also includes Hugh Laurie and Tilda Swinton.

Originally published as a serial beginning in May 1849, David Copperfield is a rags-to-riches story set in Victorian England. Iannucci’s splashy remake debuted abroad last year and won a BAFTA Film Award. The Guardian called it “a surreal cinematic odyssey that is as accessible as it is intelligent and unexpected … It really is a wonderfully entertaining film, managing to both respect and reinvent the novel from which it takes its lead, creating something new and exciting in the process.”

The Personal History of David Copperfield is slated for American release on August 28. Hopefully, a streaming option will follow for those of us not yet willing or able to venture out into movie theaters. Until then, take a look at this very appealing trailer: