Death of a Bookseller: A Classic Bibliomystery 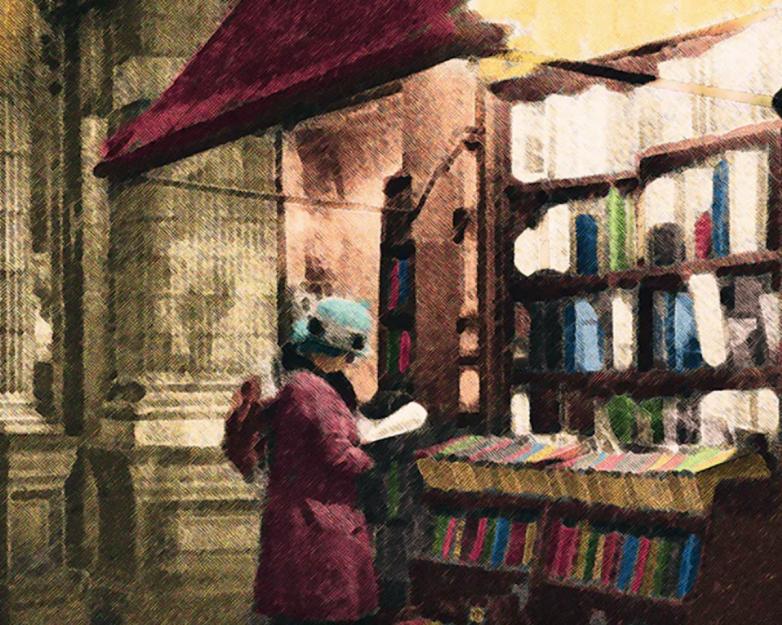 A new edition of Death of a Bookseller (1956) has been published by the British Library. The cover features a colorized version of the ca. 1935 print, Wet Winter Evening and a Book Lover in Bloomsbury.

At a time when most fictional detectives seem to have some kind of unusual quirk, terrible relationship history, or appalling skeleton in the closet, it’s nice to come across the virtuous and jolly Sergeant Wigan who leads the way in Death of a Bookseller by Bernard J. Farmer. It’s the 100th volume in the British Library’s incredibly successful Crime Classics series and Wigan is not only happily married and dedicated to carrying out his job in an entirely conventional manner, he’s also a keen book collector. 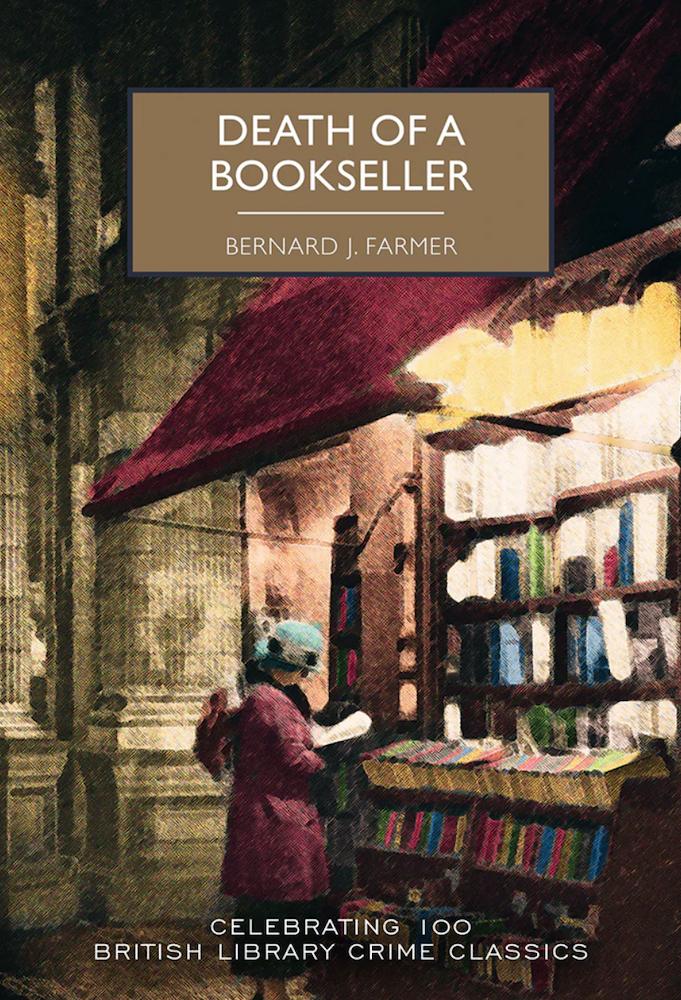 Originally published in 1956, this is one of the more modern titles in the series which focuses on reprints from the 1860s onwards. Martin Edwards, crime writer and the series’ consultant, commented that it has achieved “a kind of cult status among book lovers” and in fact was suggested to the BL’s publishing team by Richard Reynolds, a well-known bookseller at Heffers in Cambridge. Fine first edition copies of Death of a Bookseller with dust jacket are rare and highly collectable.

Set in London, the bibliomystery follows Wigan as he enters the remarkably murky world of London’s secondhand book business. He comes across millionaire book collectors, runners (nowadays a dying breed and in this book literally so), and agents, including one who carries a razor blade in her handbag and isn’t slow to use it. Wigan, who develops an interest in first editions of Victorian novelist G. A. Henty, teams up with a book dealer selling from a barrow in the Old Kent Road to solve the murder of a runner/collector who has bagged himself a signed copy of John Keats' Endymion. Very much of its time, it still has plenty of intriguing elements including a most disagreeable chief suspect, lashings of satanic incunabula, and a strong anti-pornography message. It also has plenty of lighter moments and some of the minor characters such as Lavatory Jack and One-Volume Joe skate all too swiftly across the pages. Those who want more of the dependable Wigan will be pleased to hear that this is the second of his four outings (see also: Death at the Cascades, 1953; Once, and Then the Funeral, 1958; and Murder Next Year, 1959).

Farmer (1902–1964) was previously a policeman as well as bibliophile. In 1950, he published the slim volume, The Gentle Art of Book Collecting. He was born in England but spent his twenties living and working in Canada in a variety of jobs before becoming a writer. Not hugely championed in his lifetime, it would have delighted him that Death of a Bookseller has now become a literary milestone.