Building a Private Library by Proxy 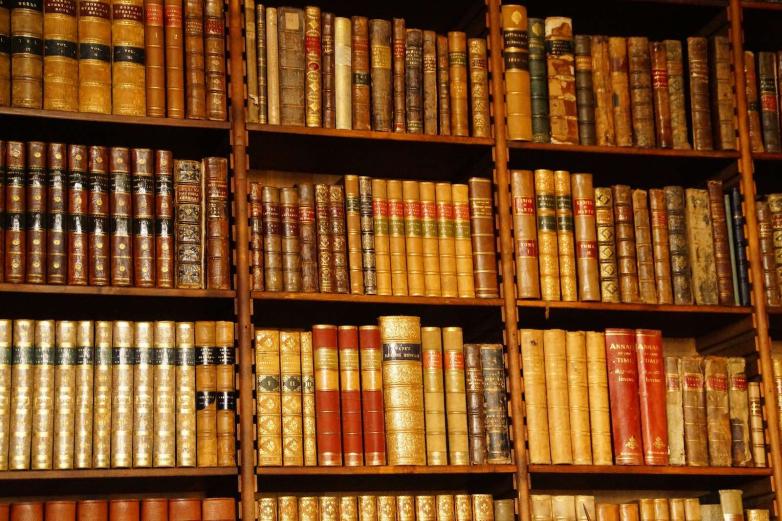 In an ideal world, we all would have whatever time and money we need to construct the private libraries of our dreams.

For example: I would dearly love to collect early illustrated herbals, but unless Bill Gates adopts me (or I win the lottery) I am unlikely ever to have the financial means to pursue such books.  (The fact that many of these early illustrated herbals are locked away in institutional collections also could prove a hindrance.)
Another example: I recently have developed an interest in early Sanskrit literature (such as the Mahabharata, one of the world's earliest and longest epic poems, the word length of which is roughly ten times that of The Illiad and The Odyssey combined).  My collecting challenge here is not that early Sanskrit literature is not readily available and affordable (in modern editions), but that (1) I don't read Sanskrit and thus must rely on translations and (2) I am not familiar enough with the literature to determine what may or may not be a good translation.  Because I do not have the financial wherewithal (or time) to waste money on bad translations, a little expert guidance in this regard would be helpful.  Fortunately, such guidance is readily available in a form that allows me to build a private library of early Sanskrit literature by proxy.
Merriam-Webster's online dictionary defines proxy as the agency, function, or office of a deputy who acts as a substitute for another.  In my case, instead of me selecting appropriate, well-translated titles for my bookshelves, I am relying on someone else to select such titles for me.
Such an instance of building a private library by proxy is neither new nor unusual. Folks who do not read Latin, for example, have long relied on the Loeb Classical Library and the I Tatti Renaissance Library to do much the same thing for classical and renaissance Latin literature.  Folks who are unfamiliar with canonical American literature (or at least one entity's take on what that canon might be) rely on the Library of America.  In my case, the proxy is the Clay Sanskrit Library.
Of course, a number of quite valid objections can be made to building a private library by proxy.  The thrill of the hunt, for example, is almost completely diminished (since someone else is doing the hunting for you).  Proxy-selected titles, being uniformly printed and bound, likely will lack the aesthetic charm of titles that you yourself would have selected (which might well have represented the output of numerous publishers over the course of several centuries).  And almost certainly one will lose in a private library built by proxy a sense of how things like literary translation change (and are perceived) over time.
Against this, of course, must be set the very considerable advantages of not wasting time and money on titles that you personally do not have the expertise to evaluate. (One can somewhat offset this disadvantage, of course, by utilizing an independent bookseller who specializes in the topic one is attempting to collect....)