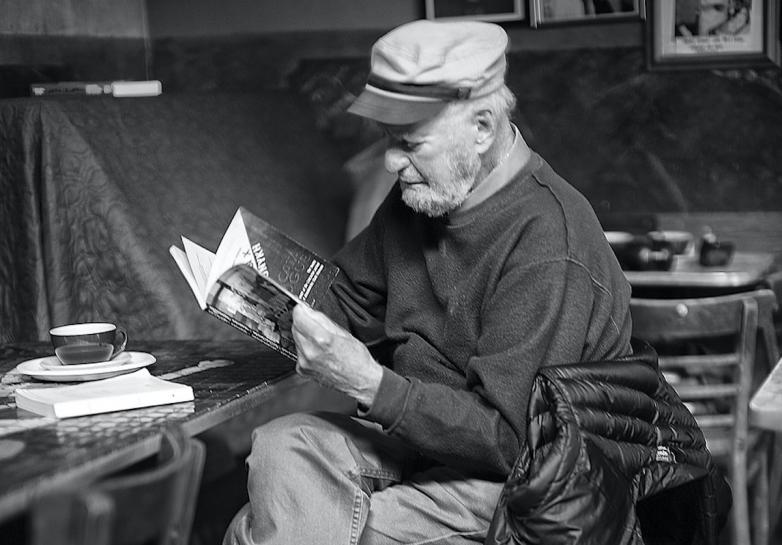 Lawrence Ferlinghetti at Caffe Trieste in 2012.

Yesterday we heard the news that Lawrence Ferlinghetti died on February 22 at the spectacular age of 101. The legendary poet, painter, publisher, and founder of City Lights Booksellers in San Francisco had a long life and a life well lived.

Born in New York in 1919, the World War II veteran held degrees from the University of North Carolina at Chapel Hill, Columbia University, and the Sorbonne. In 1953, he and Peter D. Martin founded City Lights, the country’s first all-paperback bookstore, in an effort to democratize literature and make books available to wider audiences. 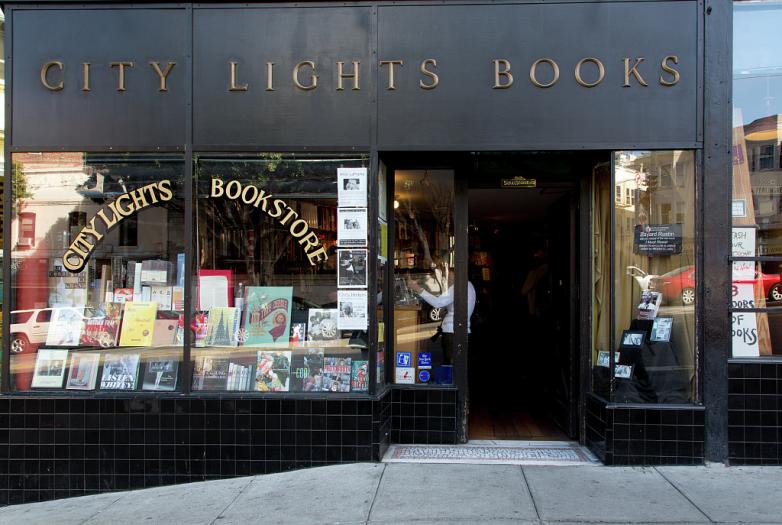 Partial to poetry — Ferlinghetti’s A Coney Island of the Mind (1958) is one of the most popular poetry books in the U.S. — he also launched City Lights Publishers with the Pocket Poets Series in 1955. His Pictures of the Gone World was No. 1 in the series, and he followed on that with volumes by Jack Kerouac, Gregory Corso, and Allen Ginsberg. The publication of Ginsberg’s Howl and Other Poems in 1956, as the fourth book in the series, led to Ferlinghetti’s arrest for disseminating obscene literature. A judge later ruled in favor of the First Amendment, which not only established a legal precedent for the publication of controversial but important work, but also called attention to the Beat Generation poets.

Fiercely independent, Ferlinghetti established City Lights as an alternative and innovative press. “From the beginning," he writes, "the aim was to publish across the board, avoiding the provincial and the academic. I had in mind rather an international, dissident, insurgent ferment. What has proved most fascinating are the continuing cross-currents and cross-fertilizations between poets widely separated by language or geography, from France to Germany to Italy to America North and South, East and West, coalescing in a truly supra-national poetic voice."

Lest anyone think he slowed down with age, his output of paintings over the last three decades proves otherwise. In fact, his first solo exhibition of paintings in New York happened just this past autumn. Some of the pieces are literary-inspired, such as his portrait of “The Young Yeats,” while others are based in mythology and history. Last October, he told the Art Newspaper that one of artistic heroes was Francisco Goya. “I learned a lot from Goya,” he said.

On the City Lights website, his colleagues wrote: “For over sixty years, those of us who have worked with him at City Lights have been inspired by his knowledge and love of literature, his courage in defense of the right to freedom of expression, and his vital role as an American cultural ambassador. His curiosity was unbounded and his enthusiasm was infectious, and we will miss him greatly.”