Author Photos: From Studio to Selfie 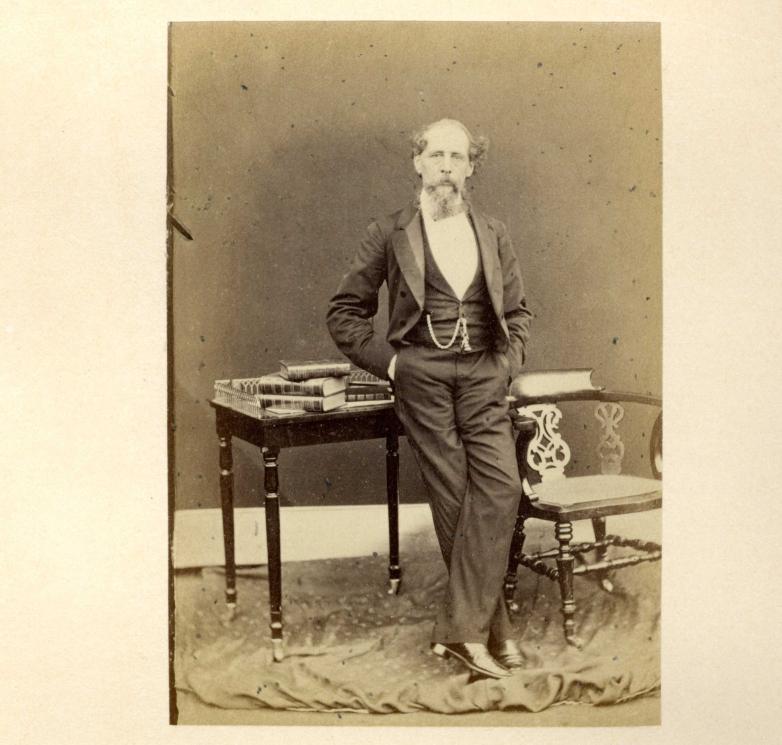 Courtesy of the Bodleian Libraries, University of Oxford

A portrait of Charles Dickens on view in From Studio to Selfie.

Successful writers have long been adept at self-promotion – indeed, Stendhal even suggested that “Great success is not possible without a certain degree of shamelessness.” Taking advantage of the latest in technology can be particularly helpful, whether that means honing your tweets or Instagramming your writing shed.

In the nineteenth century, the arrival of the photograph was a boon to early adopters such as Charles Dickens who is among writers featured in the current From Studio to Selfie exhibition at the Old Bodleian Library in Oxford, England. Dickens posed for daguerreotypes from the early 1840s, and the 1867 portrait of him on show is by the leading American photographer Benjamin Gurney. His contemporary, Wilkie Collins, was also a popular subject whose photographs were used to promote his books, especially The Woman in White. So many of him were taken that he complains about numerous sittings in letters to his mother.

The small but intriguing exhibition also features: translator Marjory Wardrop (1869-1909) in full traditional Georgian national dress; Alfred, Lord Tennyson in a 1865 shot by Julia Margaret Cameron which he described as the ‘Dirty Monk’; and a selfie by poet Philip Larkin who was also a keen photographer and invented a trigger mechanism to take photos of himself on his Rolleiflex camera.

Sir Arthur Conan Doyle is also present, in a really impressive false beard. The photograph displayed was taken in 1912 and used for his Professor Challenger novel, The Lost World. Conan Doyle sits in a group portrait as Challenger himself.

The exhibition runs until March 15. Of related interest: an article Fine Books published last year about photographer Lotte Jacobi, whose specialty was author photos, including portraits of Salinger, Auden, and Dreiser.