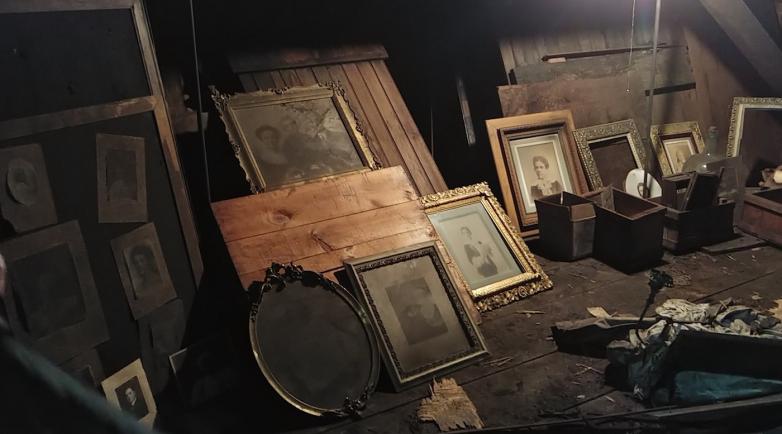 Late last year, lawyer and city court judge David J. Whitcomb found a secret attic in a building he had just purchased in Geneva, New York. Even better, the hidden storeroom was filled with hundreds of old photos and antique photography equipment. “Oh my God, I think we found the Goonies treasure,” he said, referencing the 1985 movie, to the friend who was with him when he made the discovery.

As he dug through the century-old piles, a grime-streaked portrait in a gilt frame looked familiar. Turns out it is the “official” portrait of American suffragist Susan B. Anthony, taken in November 1905, four months before her death. He Googled it and saw the rare image at the Library of Congress. Whitcomb's serendipitous find made national headlines. 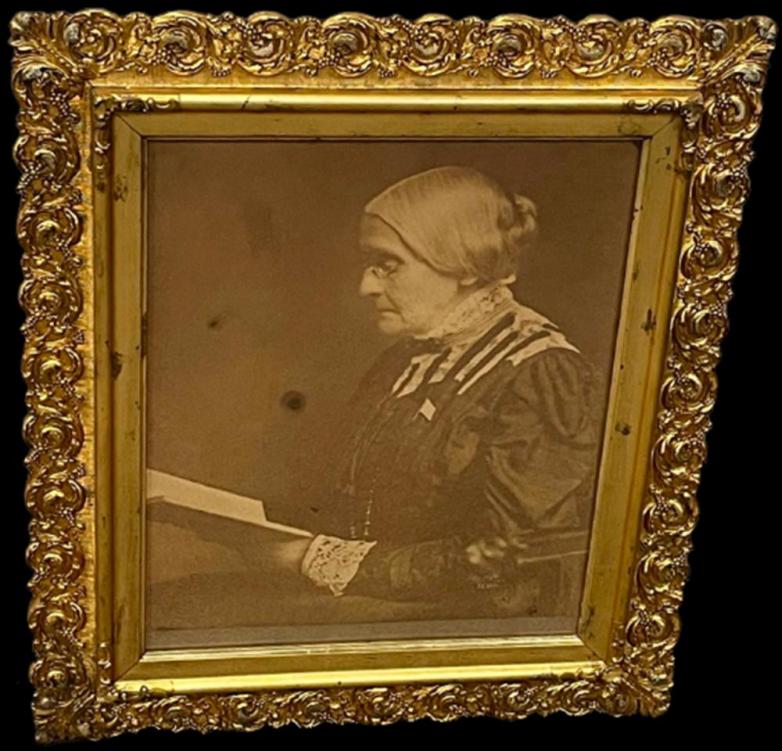 Courtesy of One Source Auctions

Now that image — one of only four known to exist — and hundreds more are for sale, in a combination online/live auction that culminates on September 18. It is currently bid to $5,000, but could raise closer to ten times that amount. Several suffragists, including Anne Fitzhugh Miller and Elizabeth “Libby” Smith Miller, appear in the collection as well. Another portrait of Anthony, a ca. 1900 side profile platinum print, is “the only one known to exist,” according to the auction house. There’s also a plethora of families, children, even a self-portrait of the artist behind the camera: James Ellery Hale.

Hale, Whitcomb soon learned, ran an active photography studio from the 1890s until about 1920 in the building next door to the one Whitcomb had bought. His props, backdrops, and cameras remained where he had left them a hundred years ago; the photographer died in 1924.

Whitcomb has held back from auction a few photographs “which I wanted to memorialize the find and/or were just too cool to give up,” he said yesterday. “Part of me has strongly considered keeping the entire collection, but there’s nowhere to house such an amount of material and I think they’ll be more valuable to the world to be in museums and collections for people to enjoy, or private collectors to enjoy.”

Given the proximity to and focus of the George Eastman Museum in Rochester, one might be tempted to wring hands over the sale of this historic trove, but while several museums expressed interest in particular pieces, none has stepped forward to buy it en bloc, Whitcomb said.

The collection is estimated to realize upwards of $100,000.