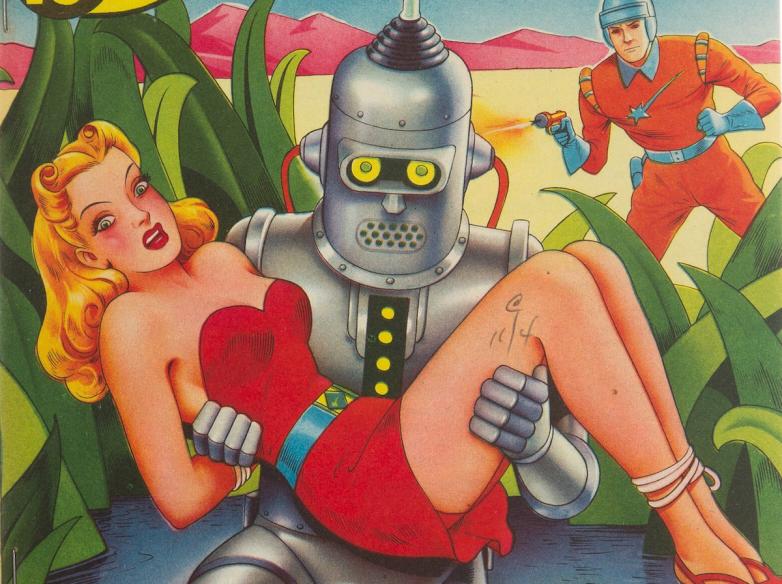 Dallas, TX – Beginning in June, Heritage Auctions will bring to market more than 5,000 high-grade Golden Age comic books that haven’t seen the light of day since they were purchased off newsstands in the 1940s.

The Promise Collection, as it’s now called, was assembled by a young boy who grew up, went to war and never returned. For decades, the books were kept safe by the brother who vowed to keep watch over the comics should anything happen to his sibling on the battlefield. Hence its moniker, proof of a promise kept.

The Promise Collection is one of the rare assemblages recognized as a pedigree by the Certified Guaranty Company – and it’s “the highest-quality pedigree collection, book for book, to debut in our hobby in the last 25 years,” says Heritage Auctions’ Senior Vice President Ed Jaster. 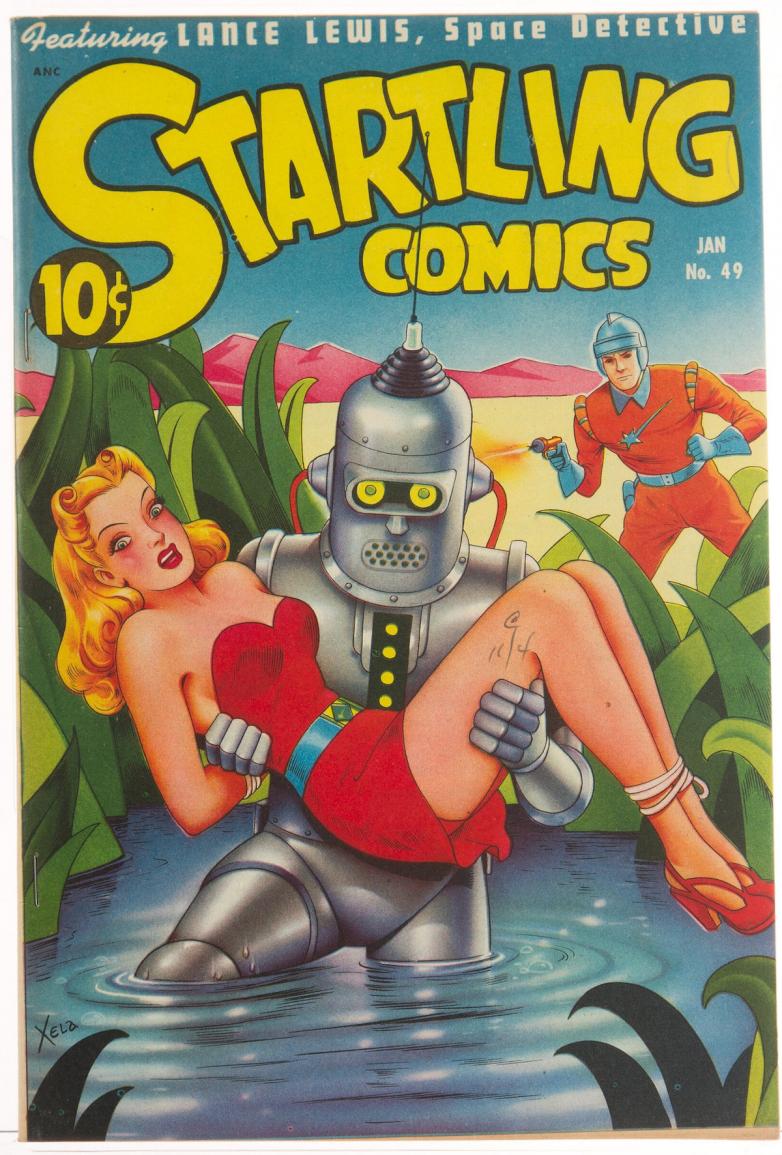 “The collection’s depth and scope is almost unparalleled,” Jaster says. “I expect nearly two-thirds of the books will stand as the finest-known copies for any particular comic represented in the collection. I am honored and thrilled Heritage was selected to represent the collection.”

Put simply, “The Promise Collection will go down in history as one of the greatest comic-book finds of all time,” says Heritage Auctions Vice President Lon Allen.

About 300 of the books will debut in Heritage’s June 17-19 Comics & Comic Art Signature Auction. Among them: a CGC NM+ 9.6 copy of Detective Comics No. 140, in which the Riddler makes his debut; a CGC NM+ 9.6 issue of Phantom Lady No. 17, a Top 5 Golden Age cover per a recent poll; and a CGC NM- 9.2 copy of the “weird tales” Captain America Comics No. 74, featuring the Red Skull and an extraordinarily scarce title in any condition.

Each is the very best-known issue for each title, like almost every other discovery in The Promise Collection.

Sales from this extraordinary assemblage will continue through 2022.

“When Ed and I first saw the collection, it didn’t take us long to realize that it had all the earmarks of a top-tier pedigree: great colors, off-white or better pages and consistent high grades,” Allen says. “It’s hard to overstate how unbelievable this collection truly is. Each box we open contains more and more treasures from the Golden Age of comic books, comics that I only previously dreamed I would come across in near-mint to mint condition.”

For a long, long time The Promise Collection was just a cache of comics in an attic, treasures stored in chests made of cardboard.

In the early 1950s, a young man called Robert was drafted by the Army to fight in Korea. His younger brother, known as Junie, enlisted in the hopes of keeping watch over Robert. Junie had but one request of his big brother – that Robert take care of his collection of funny books should anything happen to him in battle.

Junie had been a collector since he was a little boy, not because of the value but because of the stories. Throughout the 1940s, he amassed a collection of more than 5,000 Golden Age books, and treated each with kid gloves.

Robert knew how dear those books were to his brother. So he promised him: Yes, of course. He would take care of those funny books. If something happened. God forbid.

Then Junie was killed in action. He was 21 years old.

When Robert returned home from war, he made good on that promise. With great care and caution, he boxed up his brother’s comic books and placed them in an attic for safe storage. And there they sat, undisturbed, for half a century.

In time, Robert and his family returned to those boxes to revisit what Junie had left behind. There they discovered what proved to be one of the world’s greatest collections of Golden Age comics in extraordinary condition. They went a step further in protecting them, bagging and boarding each one, then cataloging them on an ever-growing spreadsheet that now reads now like a collector’s dream come true.
The consignors have asked to remain anonymous.

As CGC notes, securing a pedigree title and the gold label that accompanies such a rarefied designation is no easy feat. There are myriad hurdles to clear, among them: The collection must feature more than 1,000 books and have come straight from the newsstand and have remained with the original owner; the titles must have been published before 1966; and the collection must be highly graded. And as CGC notes of the 61 pedigrees in its registry, many “were recognized and accepted by the hobby before CGC came into existence in late 1999.”

Bidding on The Promise Collection, along with the other centerpiece collections and items in the June 17-19 Comics & Comic Art Signature Auction, is set to begin at the end of May. But word of The Promise Collection’s discovery began making the rounds in the hobby long before Heritage even began posting previews. With good reason.

Among the offerings in June, collectors will find, from 1948, Startling Comics No. 49, graded CGC NM+ 9.6. As the catalog notes, this issue features perhaps the most famous and highly sought-after airbrushed covers by Alex Schomburg, among the top cover artists of the Golden Age. Here as well is DC’s immortal villain Solomon Grundy debuting in 1944’s All-American Comics No. 61, graded CGC NM+ 9.6, which sits at No. 61 on Overstreet's list of Top 100 Golden Age Comics.

The Promise Collection features countless superhero sought-afters, including the best-known copy of All Star Comics No. 33 (CGC NM+ 9.6), featuring the Justice Society of America and Grundy; More Fun Comics No. 101 (CGC NM 9.4), containing the first appearance of Superboy; and 1946’s Captain America Comics No. 59 (CGC NM/MT 9.8), which retells Cap and Bucky’s origin stories. Among the first Promise Collection books to hit the market is Detective Comics No. 114, whose grade of CGC NM/MT 9.8 makes it the best known. This is the issue not only features The Joker, but also boast a extremely rare “double cover”, when it was bound with two covers instead of the intended single cover.

Here, too, are some of the most coveted science-fiction titles of the era, including from 1946 Contact Comics No. 12, which is graded CGC NM+ 9.6. This is the sole highest-graded copy of one of the most popular and sought-after Golden Age books in the hobby – in large part because of its cover by L.B. Cole. Another Cole classic is also featured in The Promise Collection: Mask Comics No. 1, published in 1945. Graded CGC VF+ 8.5, this is – again – the single highest-graded copy of the issue. Overstreet rightly calls this the "fairies to a flame" cover.

As Fantagraphics noted upon publication of its long-awaited Cole retrospective in 2015, the artist created “some of the most bizarre, proto-psychedelic, eye-popping comic book covers of all time.”

Eye-popping – as good a description as any of The Promise Collection.