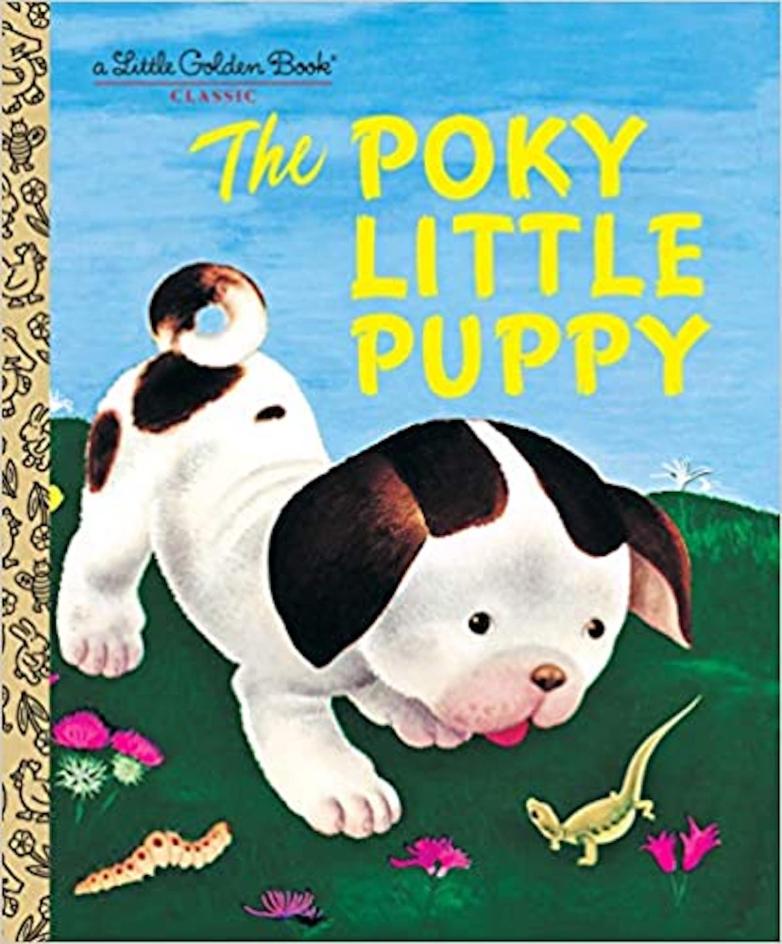 Five little puppies dug a hole under the fence and went for a walk in the wide, wide world....
It has been almost seven decades since those words first appeared in print, the first sentence in a modest little book that became, and remains, one of the best-selling, most widely collected children's books of all time.
For all the book's success (it has never been out-of-print), most folks would be hard-pressed to recall the author.  This is much to be regretted. (In fact, given the millions of copies sold, Random House should be ashamed of the pathetic little bio they publish on their website.)
When Janette Sebring Lowrey passed away in 1984 at age 92, she died in obscurity, even
though she had written, in addition to The Poky Little Puppy, dozens of other books for children and young adults during a four-decade career (1930s-1970s).  As Margaret Toal observes in a recent retrospective, among those many other books Lowrey is perhaps best known for Margaret, a title for adolescent girls that was published in 1950 (it remained in print for over a quarter-century).  The book attracted the interest of Walt Disney, who made it into a 19-part TV series.  (Renamed Walt Disney Presents: Annette, to showcase up-and-coming star Annette Funicello, the series was aired in 1958 as part of the third and final year of the original Mickey Mouse Club.)
Because most of Lowrey's other titles have long been out-of-print, it would be a nice little collecting challenge to try and track down Fine copies of The Silver Dollar, A Day in the Jungle, Annunciata and the Shepards, among Lowrey's many other, now largely forgotten titles.
Of course, if you want strawberry shortcake, you first have to track down the First Edition, First Printing of that eighth title in the original Little Golden Books series, published on 1 October 1942....