By Barbara Basbanes Richter on February 20, 2015 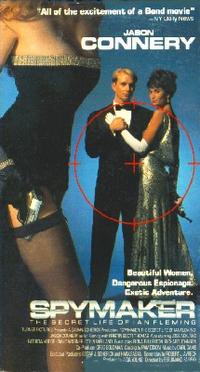 The next James Bond thriller could take place in Canada. As reported last month by The Globe and Mail, stories written by Ian Fleming featuring the international man of mystery are now in the Canadian public domain. If this seems early, you're right; Canadian copyright laws only meet the Berne Convention's minimum copyright term of assuring exclusive rights fifty years beyond an author's death. (The United States and Europe set their standard at 70 years.) Since Ian Fleming died in 1964, his works entered the public domain on January 1, 2015.
James Bond remains copyrighted by the Ian Fleming Estate in Europe and the USA, so new books in the series would have to be written and published in Canada. Not that many Canadian authors are interested in picking up the mantle--according to the The Globe and Mail's story, sticking to what's in the books could be tricky, because the copyright issue only extends to written works--the Bond movies are still protected, meaning a new book could not use material from any of the films without infringement.
Still, it's tempting to envision a Canadian Agent 007, and Ian Fleming may have had some Canadian connections. As a Lieutenant Commander in the Naval Intelligence Division during World War II, he was rumored to have trained at Camp X (now Intrepid Park), a paramilitary and commando installation in Whitby, Ontario. There, over five hundred Allied secret agents mastered the dark arts of espionage such as silent killing, sabotage, and other forms of tradecraft.
There's speculation that Canada might extend the James Bond copyright, but there's been no official word on that yet, and requests to the Ian Fleming Estate for comment went unanswered. Fleming's series and subsequent films remain hugely popular, with global book sales of 100 million copies and generating over 150 million dollars, to say nothing of the movies and related licensed merchandise. Perhaps there's room yet in the Bond legacy for another heart-stopping tale of cloak and swagger.