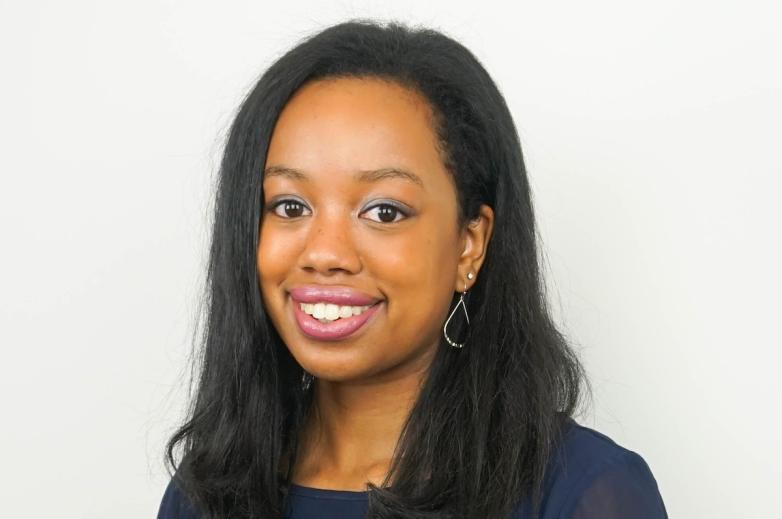 I am originally from Chicago but spent most of my career in DC. However, earlier this month I finally moved back to Chicago and am very excited to be a part of the local bibliophile community.

I studied International Relations and now work in advocacy communications for a nonprofit. I would love to go back to school one day and get a degree in African American Studies with a focus on Black literature.

I started off collecting books by 20th century Black women writers but quickly realized I would run out of space in my apartment! As I began learning more about book collecting I determined I needed to narrow it down to focus on Toni Morrison since, like many readers, Toni Morrison is one of my favorite authors. However I eventually realized that first editions of Morrison's novels were far too expensive for my meager budget (although I have a few prized copies of her later ones). Instead I began to collect first editions or regular copies of books she’d edited.  I am really excited for the book Toni at Random by Professor Dana Williams which will put a spotlight on her time as an editor at Random House and hopefully provide me with a definitive list of books she edited. Compiling this collection has been interesting because many of the authors she edited aren't considered "big" names (with the exception of Angela Davis and now Gayl Jones, I also anticipate a Leon Forrest resurgence next year) so first editions aren't particularly expensive but they are hard to find because they weren't bestsellers.

As I went down the rabbit hole of studying Ms. Morrison’s work as both an author and editor, I decided to expand my collector focus to also include books she’d blurbed since those seemed to be equally rare yet noteworthy. The books she edited and wrote blurbs for tell us so much about her literary taste and brilliant mind.

16 books edited by Toni Morrison, three that she blurbed. Ms. Morrison was a very selective editor, preferring to focus on one book every publishing season but I am interested in expanding the collection to include additional books by the authors edited by Ms. Morrison even if they are ones she did not edit herself. For example, while she did not edit The Black Woman by Toni Cade Bambara, it’s a book I bought because I assume it’s the one, or one of the books, that introduced her to Ms. Cade’s writing, and led her to wanting to acquire her future works.

There is no list of authors Ms. Morrison has written blurbs for, at least that I can find, it’s something I try to keep an eye out for when I browse bookstores, especially used bookstores. I also recently made the decision that I'm going to hone in on solely collecting books she blurbed by Black authors.

The Bloodworth Orphans by Leon Forrest

Impossible to choose, changes every week.

A first edition of Eva's Man by Gayl Jones

Angela Davis: An Autobiography, Corregidora by Gayl Jones and There Is A Tree More Ancient Than Eden by Leon Forrest

Can't pick just one, so many bookstores and booksellers have been helpful to me over the last year and a half. That being said, Type Punch Matrix, Capitol Hill Books and Second Story Books in DC, Myopic Books and Powell's in Chicago have my heart.

If I had unlimited money I'd collect sneakers, Black art and Black leftist epherma. Thank you for having me!

END_OF_DOCUMENT_TOKEN_TO_BE_REPLACED

(828) 350-0744
Celebrating 20 years of connecting millions of bibliophiles with the finest (more)
Book Dealer: Antiquarian & Rare
Town's End Books and Binding
132 Hemlock Drive
Deep River, CT 06417
(860) 526-3896
Specializing in Early Americana and many of the Americana series titles and other (more)