For booksellers and collectors on the East Coast, it’s goodbye NYC and hello Georgetown! The inaugural Georgetown Rare Book Fair is taking place May 13-15 at the City Tavern Club in Washington, DC. Not only is there a decidedly social aspect to this book fair, it aims to be more welcoming to younger booksellers and book collectors.

“Our goal is to introduce a new generation to the world of book collecting,” said fair director and book collector Eve Lemon. I asked her to elaborate on that and to share some fair details and highlights.

EL: Unfortunately, Covid put an end to the last rare book fairs in DC. As live book fairs are starting to be held again, we thought it was a ripe moment to organize a new fair in the area. As I am chair of the activities committee at the City Tavern Club, we have the perfect venue for an antiquarian book fair. The building itself dates back to 1796, making it the oldest tavern in DC. Washington, Jefferson and Adams all entertained at the tavern. So what better place to have a fair.

RRB: Who are some of the booksellers that will be exhibiting? Are they mostly local?

EL: We will have over 30 exhibitors from across the country coming to the fair. Some are from the immediate area, such as Capitol Hill Books, LN Golay Books, Type Punch Matrix, Bartleby's Books and Liber Antiquus. Most are coming from the East Coast, including Clarence Wolf of George S. MacManus, B&B Rare Books, Back Creek Books, Quill and Brush, Brenner's Collectable Books, and many more. We aim to have a wide range of dealers to cater to a broad spectrum of collectors.

RRB: I love the ‘cocktail hour’ nature of the preview night. How did that come about?

EL: As I mentioned, the fair is taking place at a social club in Georgetown. So we wanted to make the fair something more than just an opportunity for collectors to buy books, but also a space for them to socialize, meet dealers and build lasting relationships. This is why we wanted to have an opening night, complete with canapes, cocktails, wine and a live string quartet. I have promised the exhibitors that we will keep the food and drink away from their books! On the second night, members of the club will be invited to a three-course dinner with the dealers. We will match the book collecting interests of members with sellers who specialize in those areas of interest and make sure they are seated next to each other. By making this more social, we aim to create an immersive experience for those who attend.

RRB: How did you become involved in book collecting? And what do you collect?

EL: I have been collecting books since I was a girl. But it has only been in the past few years that I have become more serious about it. I collect nineteenth- and early twentieth-century American and British literature, including Mark Twain, Sir Walter Scott, F. Scott Fitzgerald, John Dos Passos, Somerset Maugham, Sinclair Lewis, Joseph Hergesheimer, Sir Hugh Walpole, and Joseph Conrad. I also collect first editions of women writers, such as Gene Stratton Porter, L.M. Montgomery, Edith Wharton, George Eliot, and Louisa May Alcott. I think book collecting plays to my obsessiveness and I spend years looking for rare editions like the first issue of the Gilded Age with the repeating lines, which I finally purchased last week!

Here are some books to check out that the Georgetown fair: 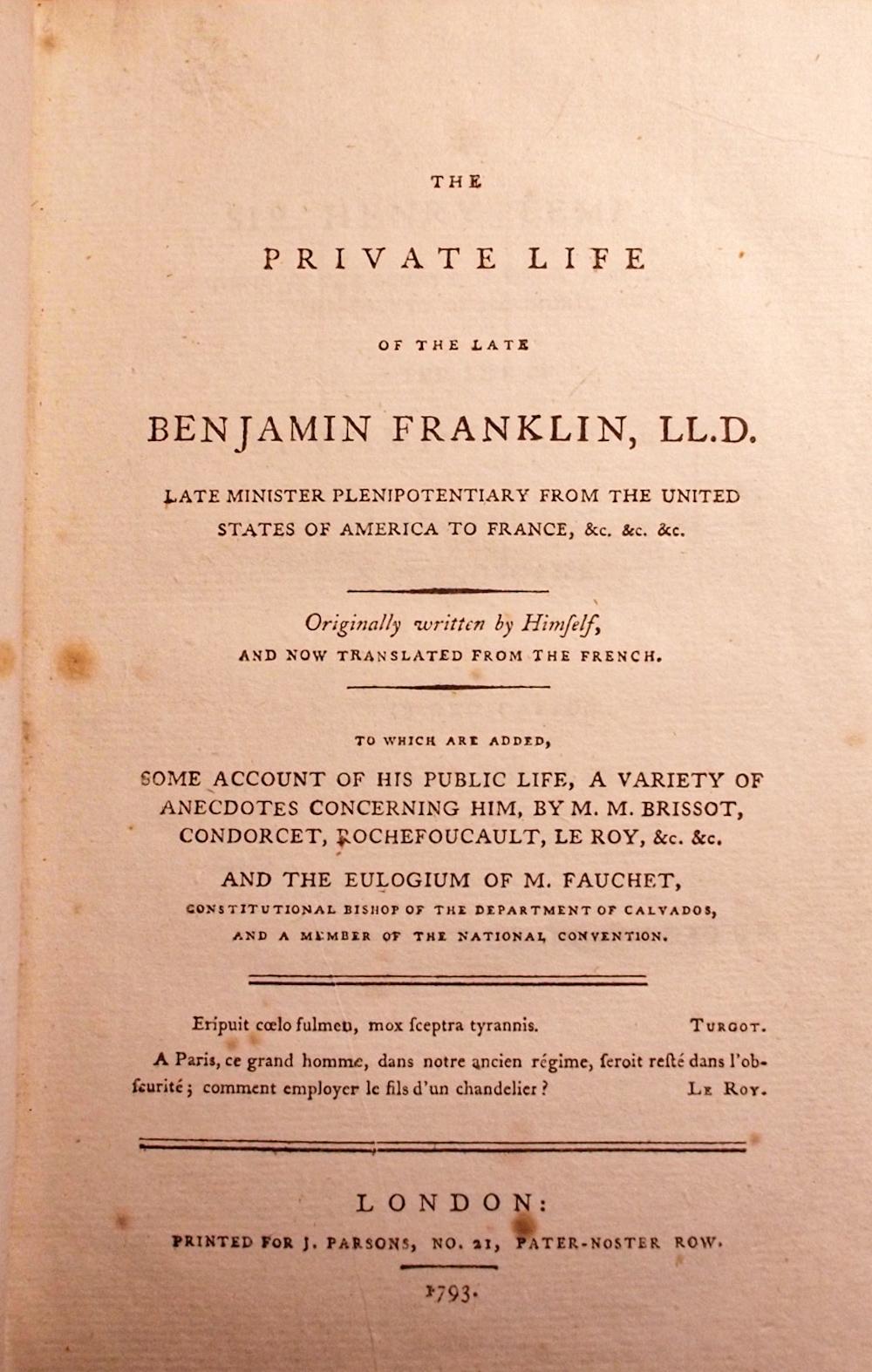 The Private Life of the Late Benjamin Franklin... 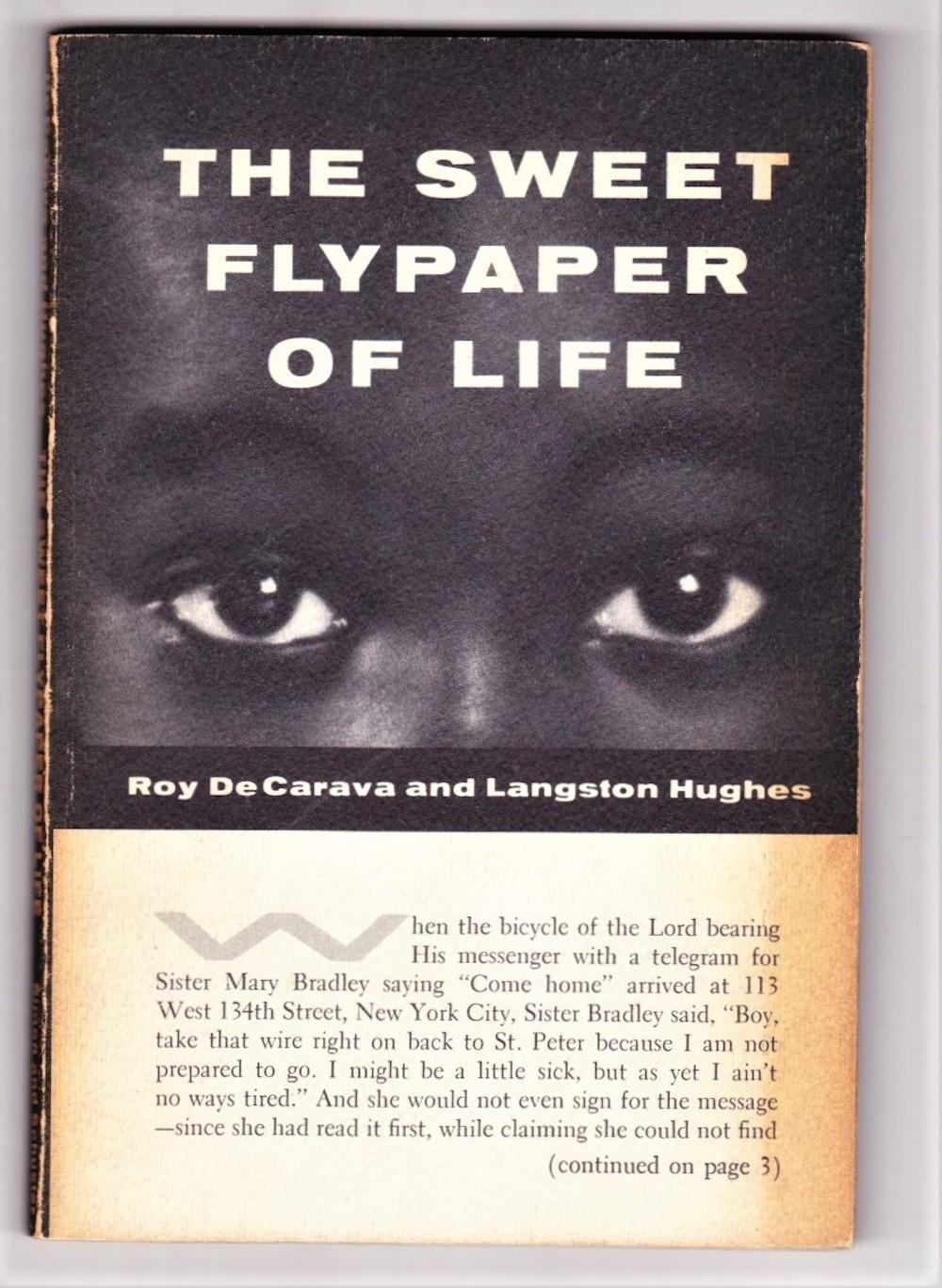 The Sweet Flypaper of Life...

DeCarava, Roy; and Langston Hughes. The sweet flypaper of life. New York: Simon and Schuster, 1955.  First edition, signed and inscribed by both the author and photographer. Offered by Rodger Friedman Rare Book Studio 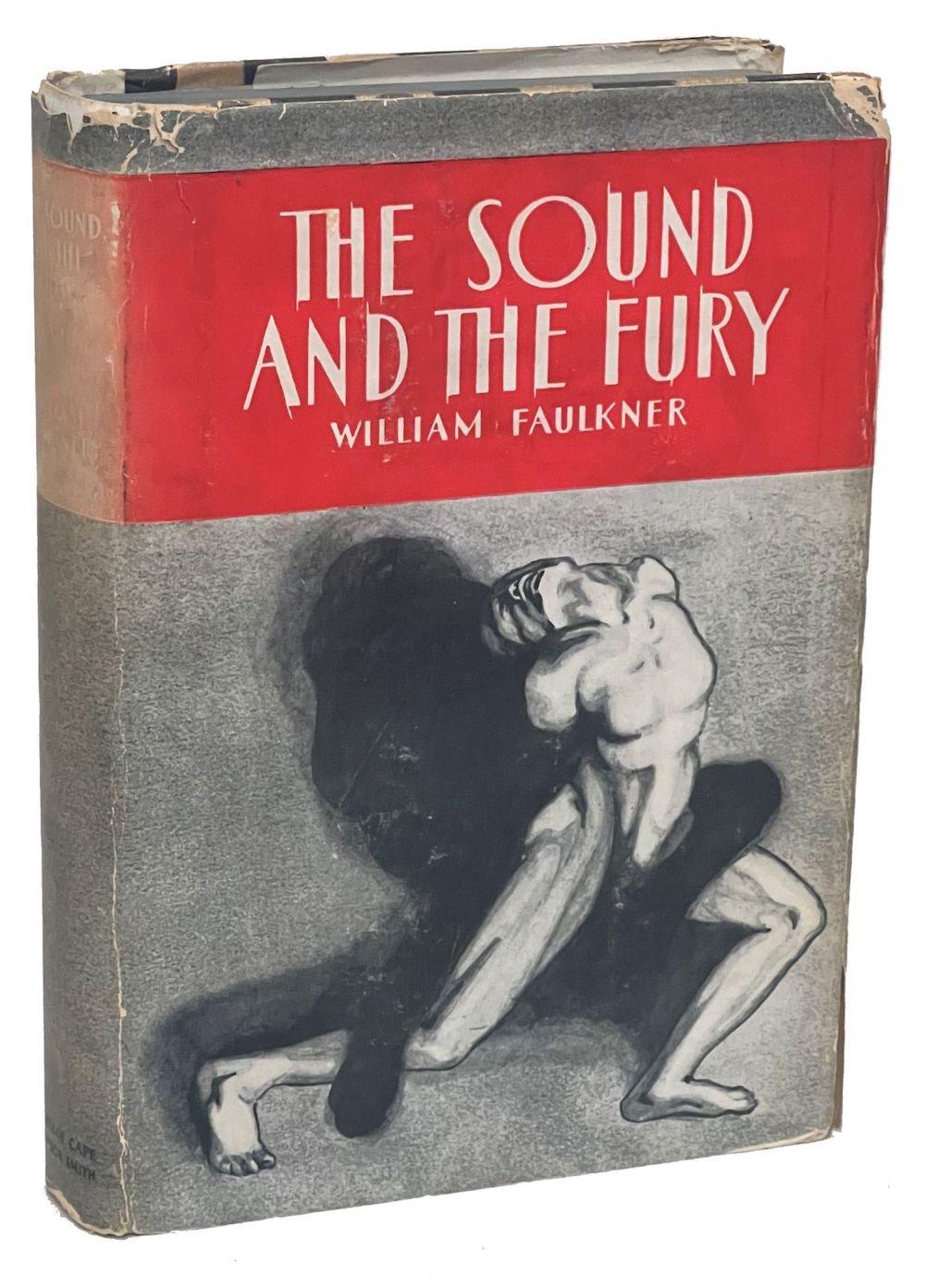 The Sound and the Fury...

Faulkner, William. The Sound and the Fury. Jonathan Cape and Harrison Smith, 1929. With sought-after dust jacket. Offered by B & B Rare Books

4 of 5
Courtesy of Wiggins Fine Books 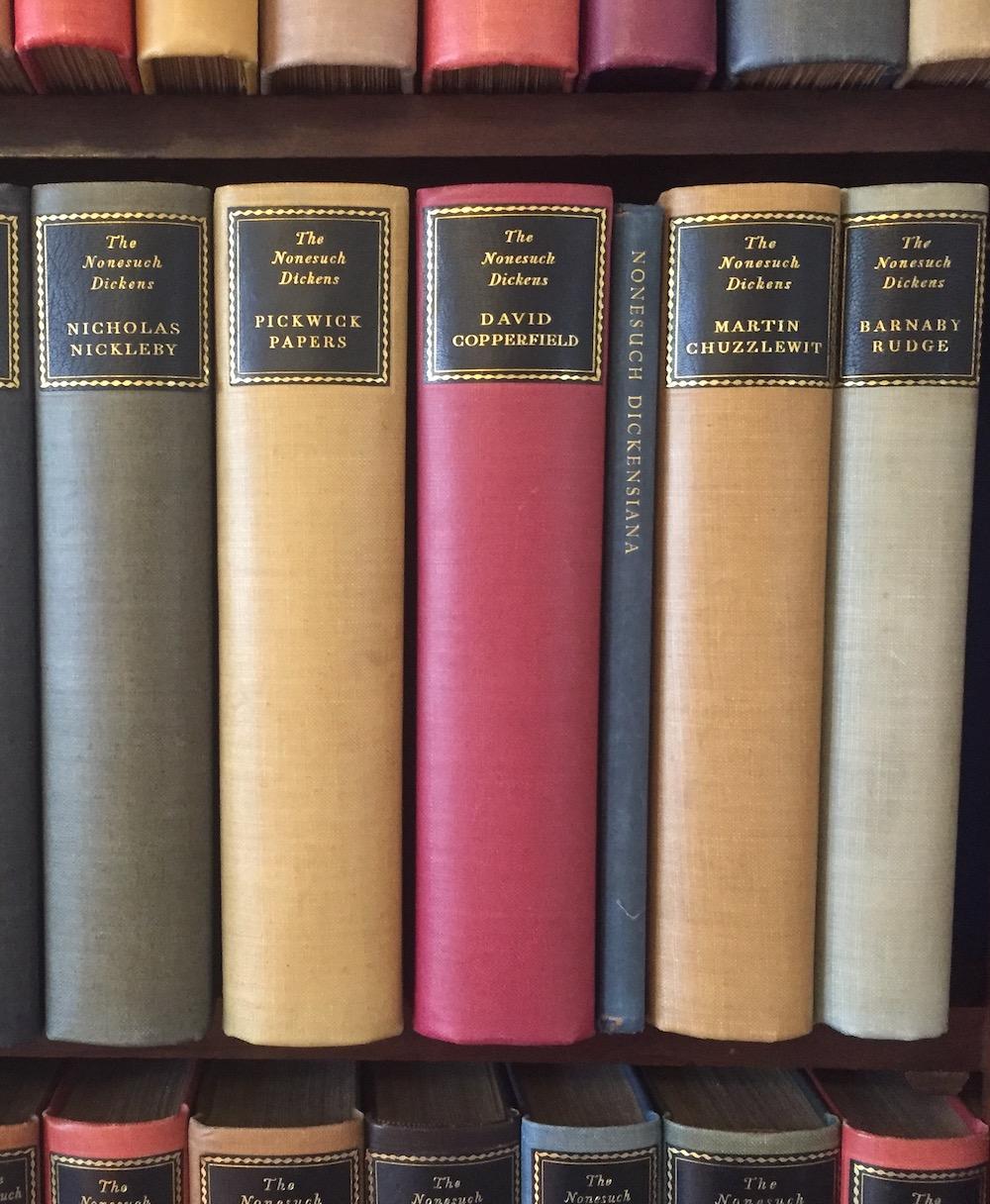 Dickens, Charles.  The Nonesuch Dickens. Bloomsbury: The Nonesuch Press, 1937. One of 877 sets with an original plate. 25 volumes including prospectus. Offered by Wiggins Fine Books

5 of 5
Courtesy of Back Creek Books 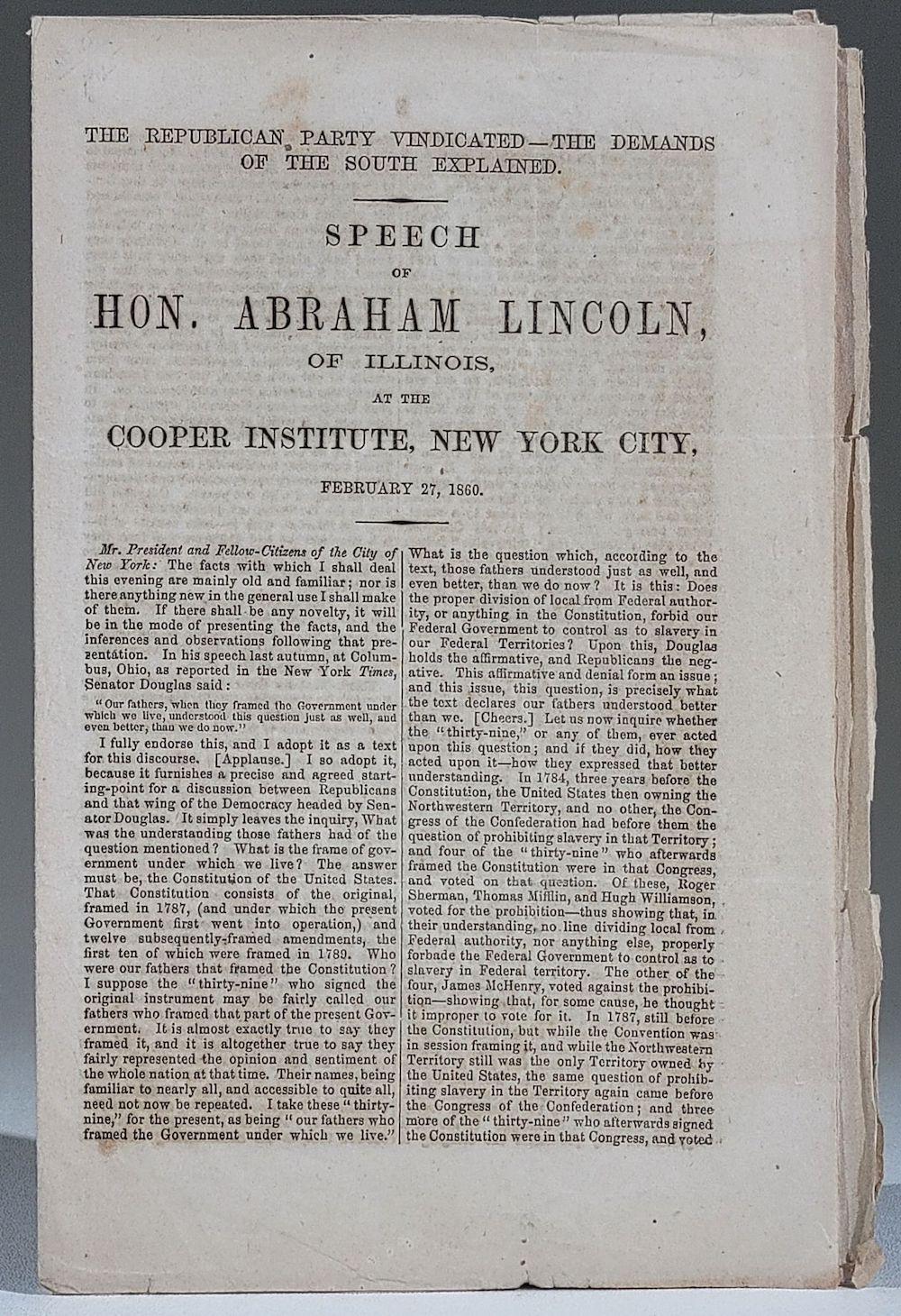 Lincoln, Abraham (1809-1865), Early Printing of the Speech that Secured Lincoln the Presidential Nomination in 1860. Offered by Back Creek Books