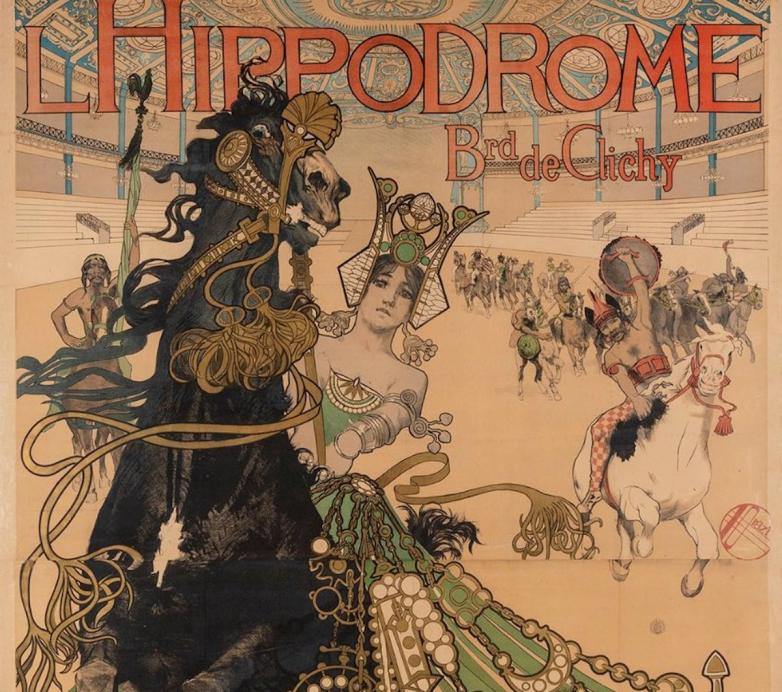 Bidders could not get enough of a series of Air India 1980s-era promotional posters offered through this sale.

·       Lot #353, Air India's The yawning gap between our Maharajah Class and any other First Class, was estimated at $200-300 and soared to $4,800.  This example was illustrated with the company's mascot napping on a comfortable recliner.

·       Lot #352, Air India's First Class passengers deserve better than First – our Maharajah Class!, was estimated at $250-350 and sold for $4,320. This poster pictured Air India's mascot gently removing the hat from a napping passenger.

Other prewar to midcentury posters marketing destinations in and around India also proved extremely popular with bidders.

·       Lot #69, Leonetto Cappiello's, Cognac Monnet, was estimated at $2,500-3,500 and delivered $4,080. This example was printed in Paris by Devambez in 1927 and was illustrated with a flapper woman in red and purple kissing her snifter of cognac which contained a sun emanating rays of sunshine as soft as her dress.

Posters spotlighting aspirational travel within the USA were also hot tickets in this auction.

·       Lot #301, Joseph Feher's (1908-1987) Hawaii / United Air Lines, traded hands at $2,640. This midcentury masterpiece featured a hula dancer standing larger than life on one of the Hawaiian islands, surrounded by fish and plants, men and women on surfboards and outriggers, and a United Boeing Stratocruiser flying overhead.

·       Lot #296, Alexander S. Macleod's (1888-1956) A Map of Honolulu and the Sandwich Islands which we now call the Hawaiian Islands, was estimated at $1,200-1,800 and realized $3,360. It was published in 1927 in New York by Henry M. Snyder. This poster featured a map of Honolulu, with an inset of the islands and additional vignettes in the border, depicting “in pictorial fashion the history, landmarks, & customs of these colorful isles.”

·       Lot #255, Edward M. Eggleston's (1882-1941) Great Lakes Exposition / Cleveland, was estimated at $800-1,200 sold for $3,120. This example from 1937 came to life with a young woman in a bathing suit happily waving “Ahoy there!” from a rope ladder. While she is unnamed, Eggleston’s model was Eleanor Holm, the star of Billy Rose’s Aquacade, the water show which became the central new attraction added in the second year of the exposition.

This auction rounded out with with entertainment-themed posters as well as those that promoted important 20th century political and social initiatives.

·       Lot #35, Berta's Mame / Winter Garden, was estimated at $150-250 and realized $3,120 - nearly 21 times its low estimate! It was published in 1966 in New York by the Triton Gallery. This example was the original poster for the debut run of the timeless Broadway musical which starred Angela Lansbury and Beatrice Arthur.

According to Joe Slabaugh, Director of Cataloging at Potter & Potter Auctions, "Simply put, the success of this auction was driven by the quality and diversity of the posters. If browsing the catalog felt like wandering through a poster shop, it was for good reason."